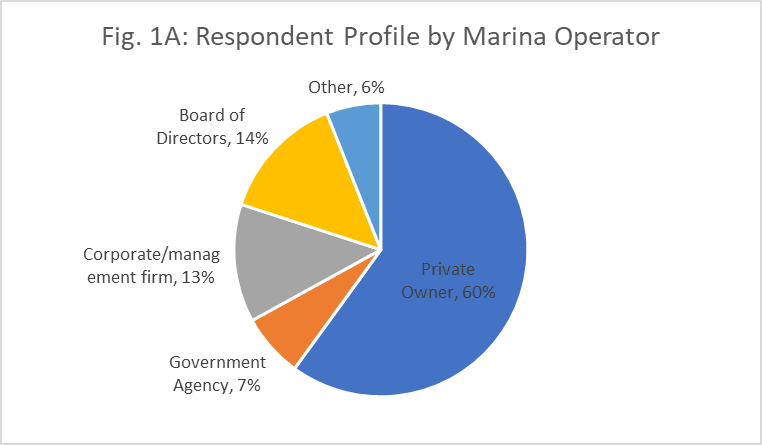 Respondent Profile
Fig. 1A shows the overall respondent profile by who operates each facility. The majority are operated by private owners (60%). A smaller number are operated by corporate/management firms, board of directors or government agencies.

Product/Service Revenues
Fig. 3 shows 2018 revenues, compared to last year, for some products and services. The majority of facilities have steady profits for each profit center, and very few showed decreased profits. In this group of profit centers, haul-out/winterization services had the highest number with increased revenues compared to last year (48%). Boat rentals and used boat sales also had almost 40% with increased revenues. 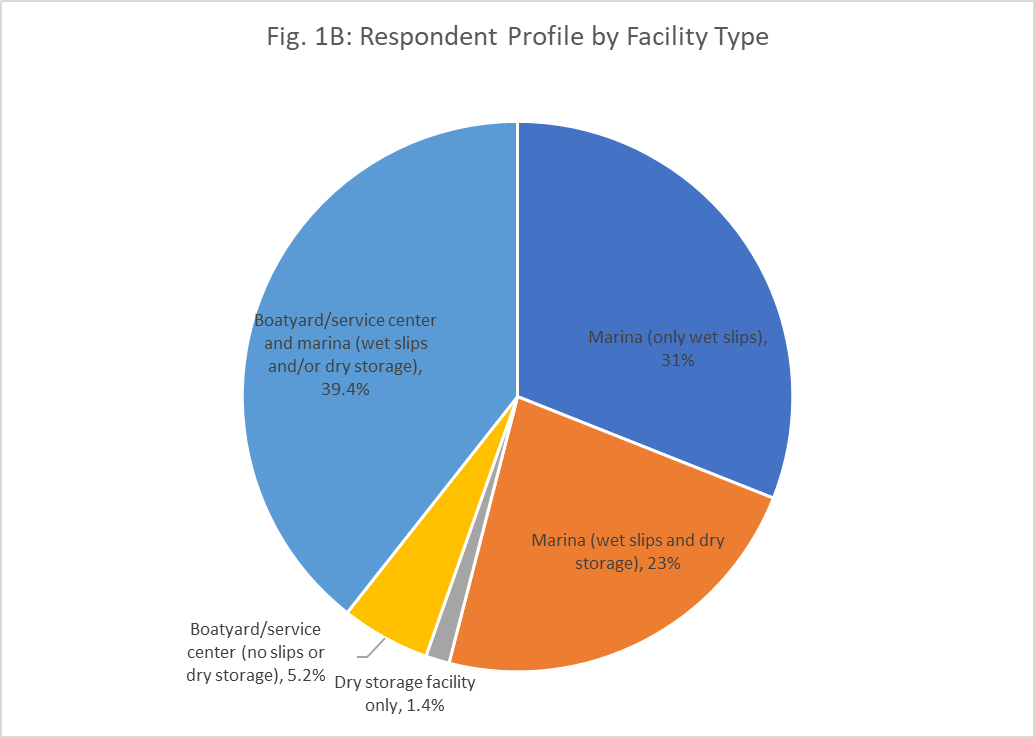 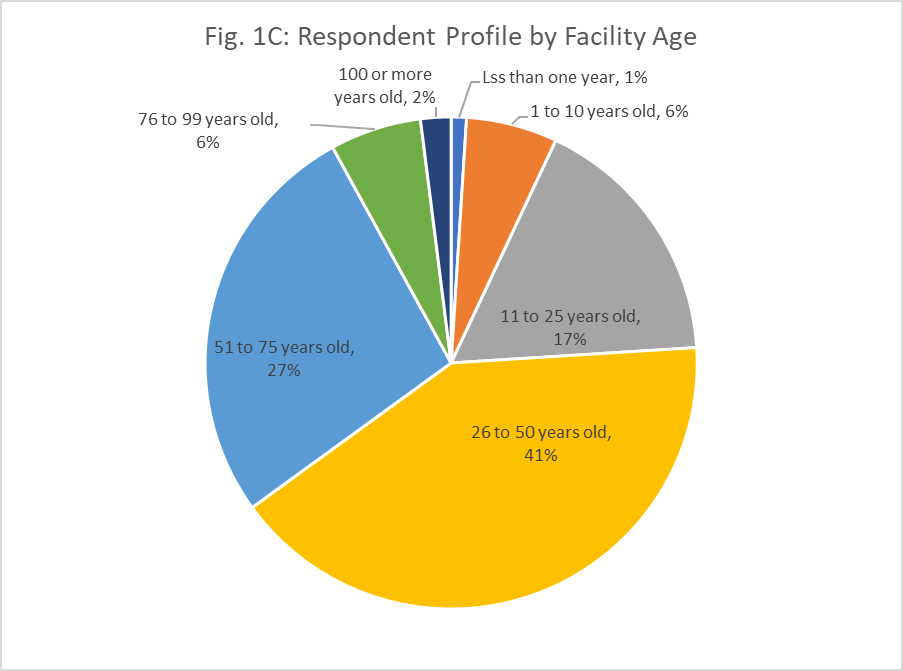 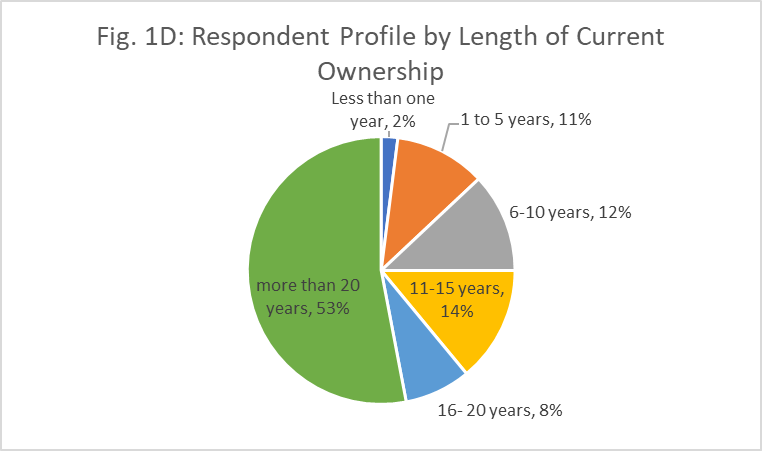 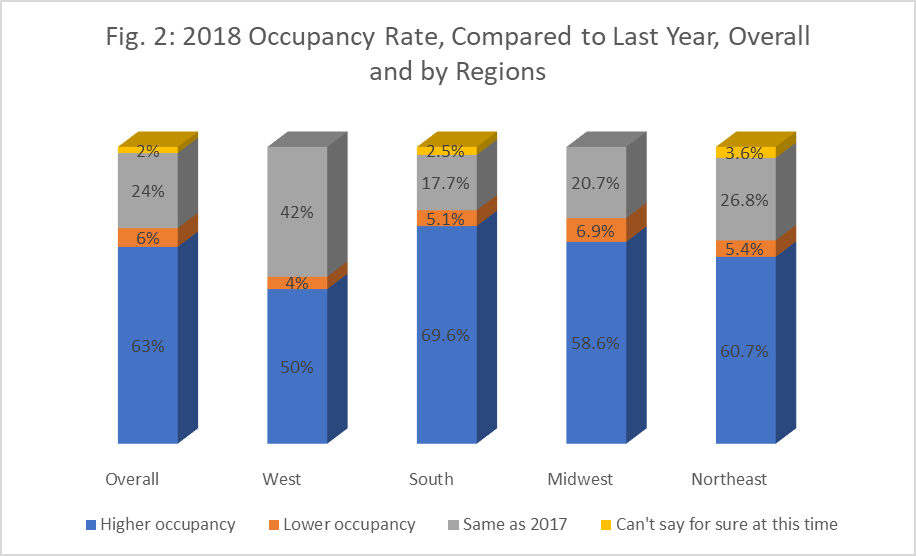 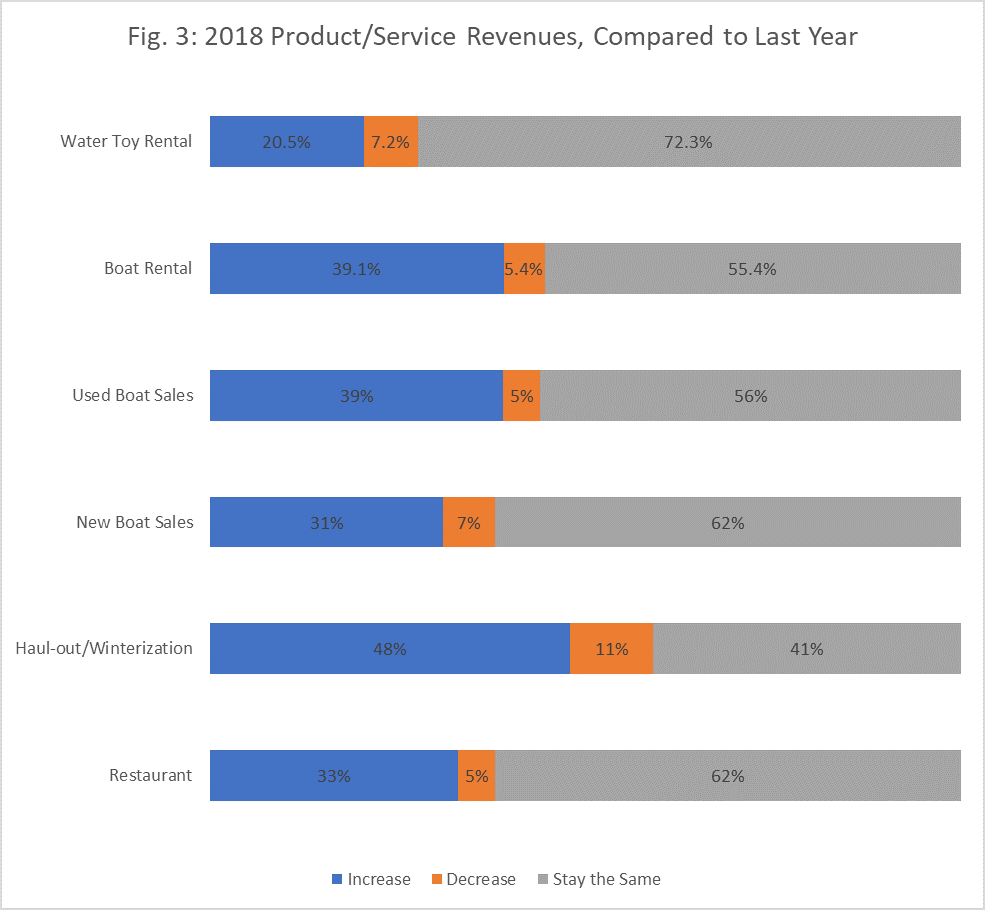 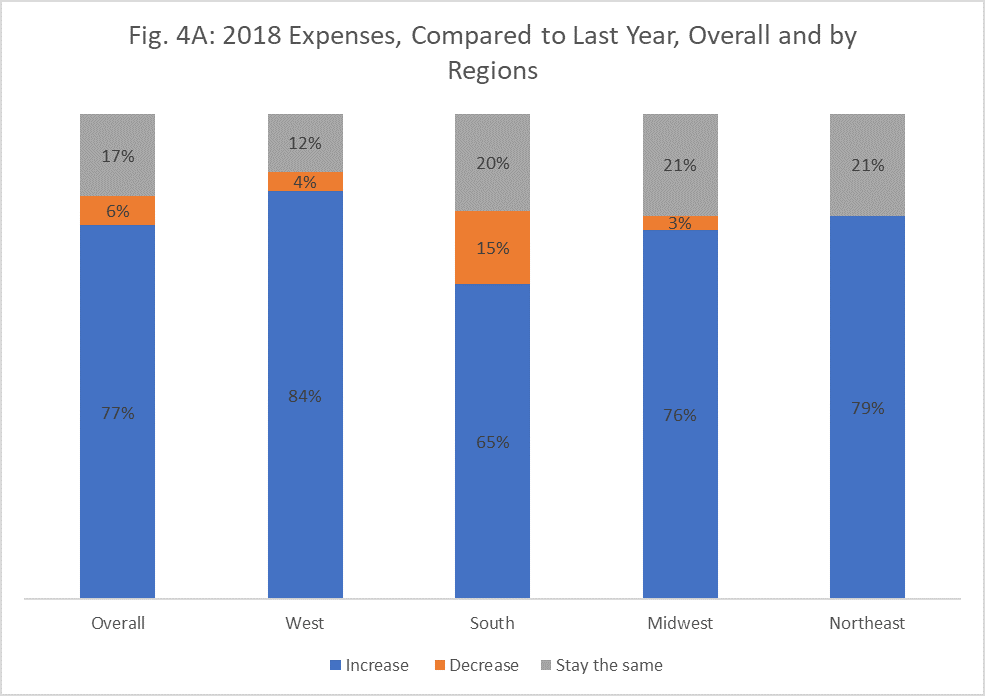 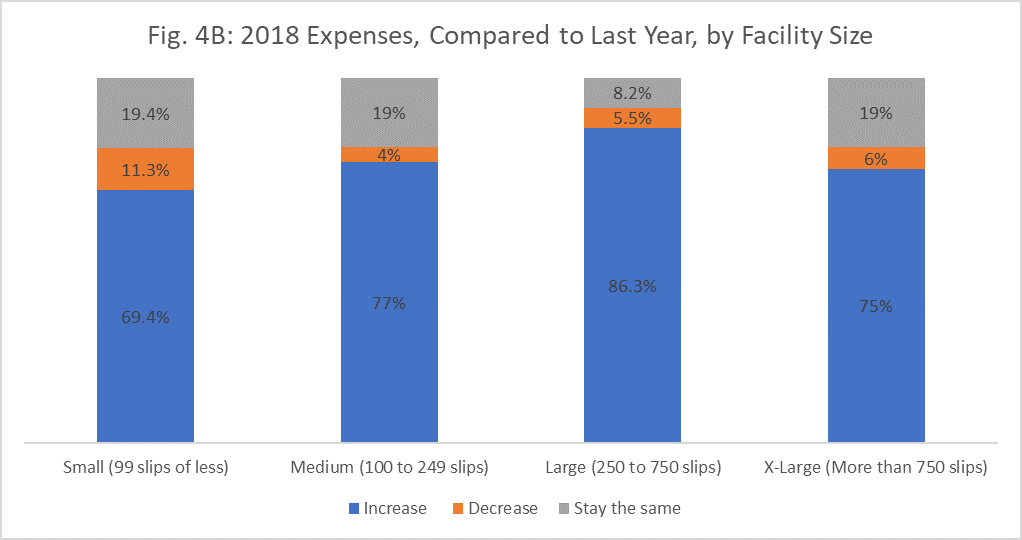 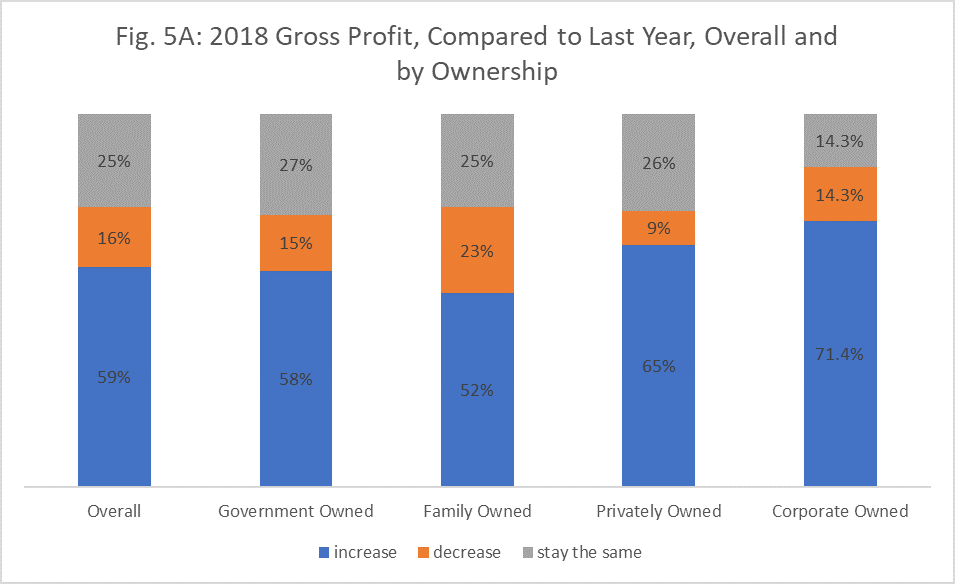 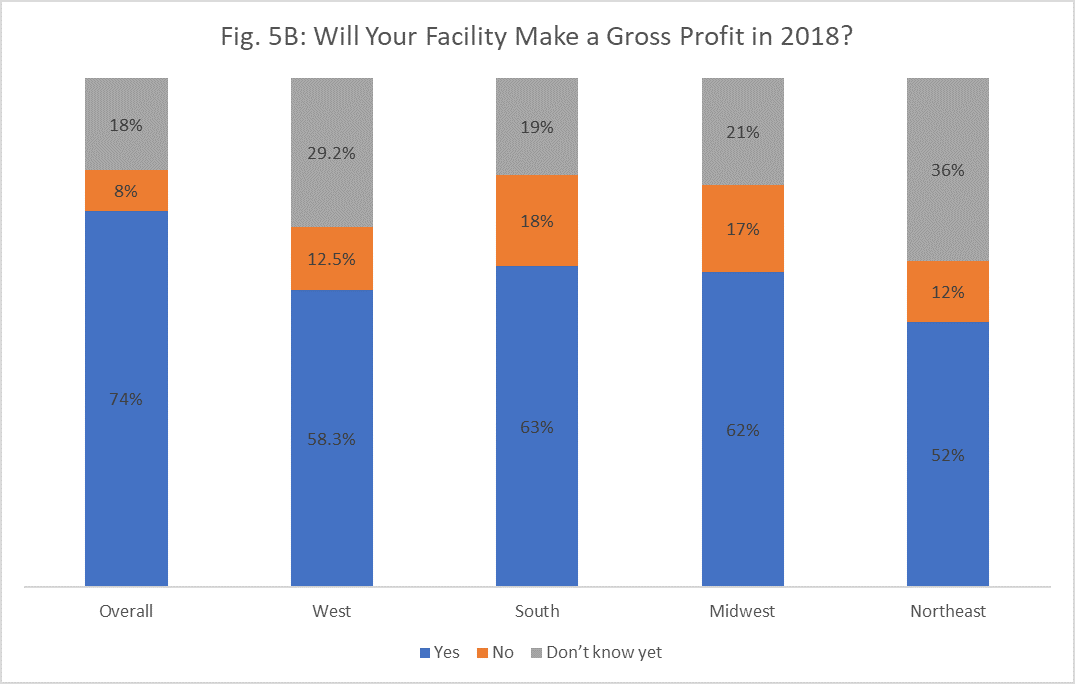