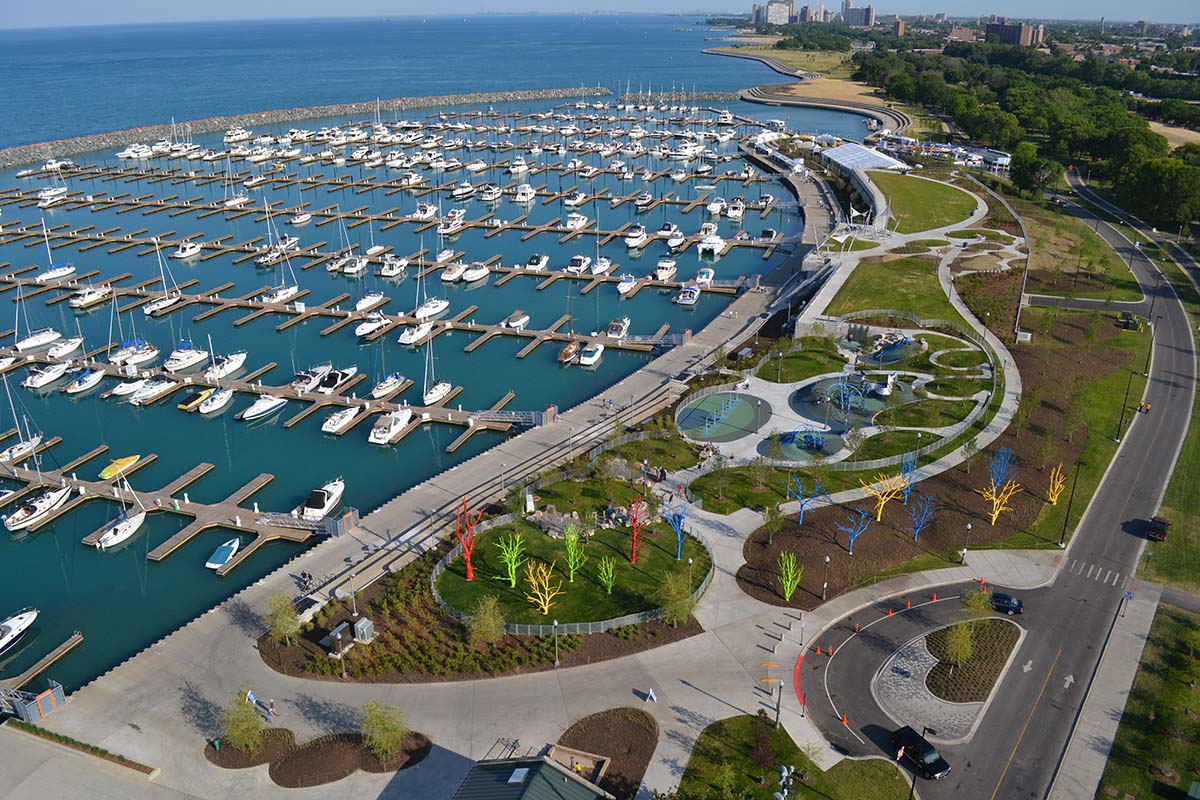 Building the Case for Market Rates at Public Marinas

Public marinas, or those owned and operated by local government agencies ranging from small towns to big cities, state agencies such as departments of recreation, and federal agencies such as the National Park Service or Bureau of Land Management all generally face an interesting set of dilemmas in setting transient and seasonal slip rates in their facilities. Are public marinas simply non-profit recreational amenities like beaches, parks, or trails funded by minimal user fees and (subsidized) by taxpayers? Or are they recreational businesses that should be set up as enterprise units that are financially self-sufficient or even profitable? Is it fair for a taxpayer subsidized marina to compete against privately owned marinas? How does equity and expanding access to the water for people of all ages, incomes, and abilities factor into the discussion?

Through our work with hundreds of municipal marinas all across the country over the last 40 years, we have explored these issues at a wide range of facilities in locations of all types. We have identified several patterns related to rate pricing strategies that offer valuable lessons.

Maintenance versus Price
At the lowest end of the pricing spectrum is the notion that marinas are taxpayer subsidized facilities that should be offered to the public at the lowest possible price. Initial construction is often funded through one time allocations of general funds, and with no debt to service and operational expenses often covered by park department staff budgets, there is little incentive to charge the boater for the actual cost of infrastructure such as docks and utilities and other costs such as insurance and maintenance. In nearly every case, without a reliable revenue source, these facilities quickly fall behind in terms of safety, maintenance, and quality. When the day inevitably comes that major improvements are required, local governments find themselves facing the need to either commit limited funds to the new construction and/or significantly increase rates, which nearly always generates significant boater backlash. This approach inevitably leads to unhappy boaters, unsafe facilities, and an unsatisfied community who sees their precious waterfront occupied by unsightly and poorly maintained facilities.

In one example, a central Illinois community offers lease rates of just a few hundred dollars to a series of small private marinas that occupy hundreds of feet of waterfront. Over time, these small individual marinas have deteriorated into unsightly collections of homemade docks with no regard for ADA, electric shock drowning and NEC code compliance, or the negative impact these facilities have on the rest of the community. The local park district undertook a marina market analysis to determine appropriate regional market rates and constructed a simple but modern code compliant facility and charged rates three to five times higher than the existing small marinas. Despite dire warnings from the local boaters that no one would pay that much, the 36 slip first phase is full with a waiting list of over 50 individuals. Plans for additional phases of the new marina are now underway.

The next tier operates on the idea that minimum costs should be covered, but otherwise the goal of the agency is to offer a non-profit recreational amenity for the community. An analysis of the rates charged by the one western state for their state park marina facilities indicates their average rates are approximately half what is charged by similar privately owned facilities.

Fortunately, there are no locations in this state where public and private marinas share a waterbody so there is no direct competition. However, with demand very high and state budgets remaining tight across the country, it would not be unreasonable for the state to consider significantly increasing rates while still providing a relatively low cost amenity that allows them to make significant improvements and upgrades to their aging facilities and expand new facilities to offer more boating opportunities.

Recognizing Value
At the top of the rate structure are agencies that recognize the full value of their marinas and charge full market rates. The Chicago Park District offers approximately 6,000 slips and takes advantage of the very high demand in Chicago to charge some of the highest slip rates on the Great Lakes. This has allowed the Chicago Park District to build one of the highest quality marina networks in the country while being financially self-sufficient. In fact, the marinas are so successful and well run that they have been able to provide supplemental funding for other non-boating Park District services across the city. It is easy to suggest that this would only work in Chicago, but actually the current success of the Chicago Park District system can be traced back to major improvements and associated rate increases undertaken across the entire system beginning in the 1990s. Despite how much we boaters complain, most of us are happy to pay for quality.

Another example of a public system that recognizes the value of public marinas and has essentially established the market rate for a region is the State of Michigan’s network of 87 state owned or funded marinas. The Michigan Department of Natural Resources (MDNR) manages and/or funds a network of marinas and harbors of refuge that allowed boating on the Great Lakes to explode in popularity by ensuring boaters are rarely more than 10 or 15 miles from a safe harbor on the Great Lakes. Many of the safe harbor facilities are located in remote areas that simply will never see sufficient demand to be financially self-sufficient on their own, but contribute significantly to the value of the overall system by making safe passages between more popular locations possible. Even a system of this size and quality, with a statewide rate system that offers various rates based on destination demand, has room for increasing rates in key locations to better support the long term maintenance and operation of the overall system. One marina in a particularly high demand location has a waiting list of 250 names for a 117 slip facility. Rather than relying on further state funding for improvements, this facility could easily increase rates to a point where they could operate on equal financial footing to any private facility.

An example from a smaller system would be the new marina at the Port of Rochester in upstate New York. This facility opened in 2016 and is located directly across the river from an established private marina. Rather than creating government subsidized competition for the private sector, the Port of Rochester Marina offers only wet slips and limited services, while charging among the highest slip rates in the region. The private marina gained additional customers for its fuel, service, and boat sales operations, and the community gained greater access to the river through an expanded public waterfront. The configuration of the new facility created some of the largest slips in the harbor, helping to further expand and improve the overall marina economy in Rochester.

In Conclusion
In summary, charging market rates is fair to both the boaters and non-boating public, and avoids claims of unfair competition from the private sector. It places the appropriate financial burden on the boater, and ensures there is adequate funding in place to make sure the facility is safe, code compliant, and well maintained. Finally, financially self-sufficient facilities create the financial capacity for further expansion of public boating facilities in more locations, which benefits everyone.