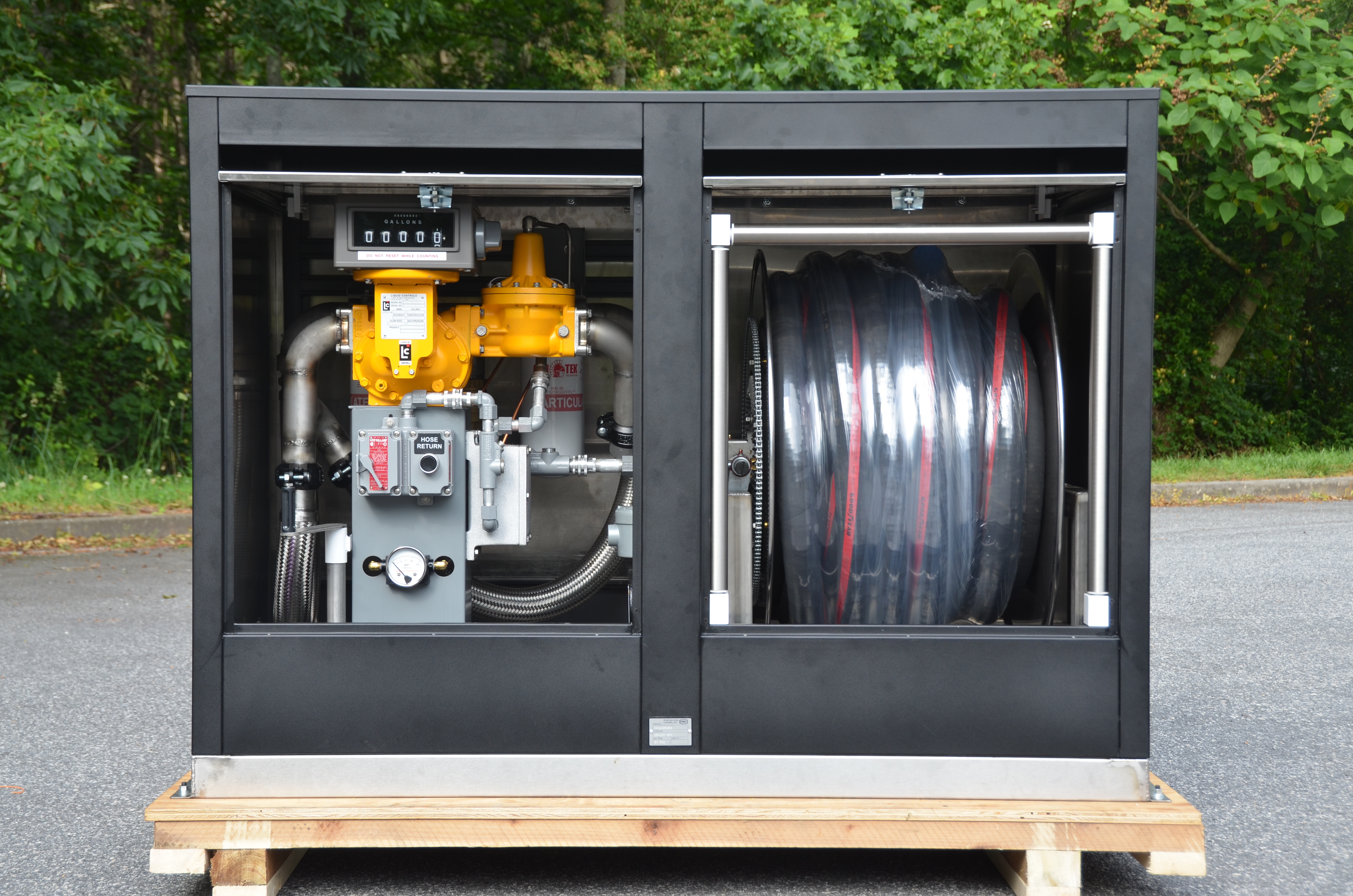 As buyers purchase larger and larger boats, marinas are adjusting their infrastructure to accommodate the needs and requirements of the boats. To meet fuel demands, high speed marina fueling systems are becoming more popular.

High speed means diesel is flowing from the dispenser at a minimum of 35 gallons per minute (gpm) with systems capable of speeds up to 100 gpm. According to Paul Doyle, vice president for product development at Petroleum Marine Construction, captains and yacht engineers are requiring high speed fueling for the convenience and time efficiency.

Fueling speed is becoming a competitive advantage for marinas. “A fuel dock is not a place people want to hang around. They want to get in and out as fast as possible. If one marina is faster than another, guess who wins the customer,” Doyle said. His company is now installing high speed fuel in 75 percent of its projects.

In any decision to change fueling systems, Doyle said marinas should first consider their current and target customers “You want to supply fuel at the fastest rate a boat can take it,” he said.

For fishing boats that equates to about 60 gpm while superyachts can accommodate 100 gpm. A vessel’s ability to receive high speed fueling through its fill pipe is limited by the boat’s vent size. Air has to be capable of venting out at the same speed fuel is being pumped in.

To keep up with demand, marinas are putting in not just faster systems, but installing more dispensers. Doyle said he is working on a project that will have six 60 gpm dispensers.

Engineering For High Speed
To achieve fast fueling at multiple sites, or even just one site, initial design and engineering must be carefully considered. The piping distance and diameter must work in conjunction with the pressure obtained from the pumping system to achieve higher flow rates. Flow rates are dependent on hose length, hose diameter and nozzle type as well.

A misconception of those wanting to put in higher speed fuel is that simply changing out the fuel dispenser will provide what’s needed to change speeds from 15 to 50 gpm.

“Just because a dispenser is rated to 60 gpm isn’t a guarantee that’s what you’ll get because speed depends on the whole system, the size piping, the size pump and the distance fuel has to travel,” Grant Grove, president of Pump Measure Control Inc., said.

Grove said that designing a fueling system from scratch is preferable to ensure top speeds. He said changing out just the dispenser can provide some benefit, but it may not be enough.

“If someone wants to just upgrade equipment for better flow, changing a dispenser from piston to rotary will give improvement of 5 to 10 gpm or better because there’s less pressure loss by the meter, but it won’t give you a magic 30 to 40 gallon leap. Likely the pump is the wrong size and can’t push the fuel,” Grove said.

He explained that traditional pumps are run through piston pumps, which like in a car engine displace fuel. These are highly accurate at low speeds but cannot accommodate higher speeds.

The higher speed dispensers use rotary meters. Meters are sized for the flow rates designed for a fuel system. High speed fuel meters are calibrated with a minimum 50 gallon prover with 100 gallon provers used as flow rates are increased. The prover is essentially a large can with a volume measuring device on the neck that is calibrated by the Weights and Measures Division of the National Institute of Standards and Technology at its facility.
Weights and Measures is the organization that determines what gallon per minute rating is affixed to a dispenser, but again that is the maximum and not necessarily the reality.

Dispensers on the Dock
On the dock, the higher the rate the more challenging it is to squeeze the nozzle due to increased pressure and because the nozzle must increase in size—1-inch nozzles are rated to 40 gpm and 1½-inch nozzles for up to 75gpm. More than 75 gpm requires a dry connect because it is difficult for a person

to hold onto the nozzle at that rate of speed and associated pressure.

The overall size of the dispenser is nominally larger once speeds reach 50gpm or greater to accommodate the larger diameter of the hose. “Basically, it requires about another foot of dock space,” Doyle said.

Maintenance of the dispenser is the same as for any other dispenser except that the filters have to be changed more frequently.

The piping to accommodate higher speeds and prevent flow restriction is standard at 2 inches for in-water pipes and 3 inches for landside pipes.

“With the trend toward larger vessels and with each of these vessels being built with an increase in fuel storage capacity, it is imperative that the marina fueling system take these vessels’ fueling requirements into consideration during initial designing of the fuel dispensing and storage system,” Doyle said.

Once a determination is made to install high speed fueling, both Doyle and Grove agree that it is essential to bring in an engineer to guarantee that fuel is being pumped at the stated gallons per minute.