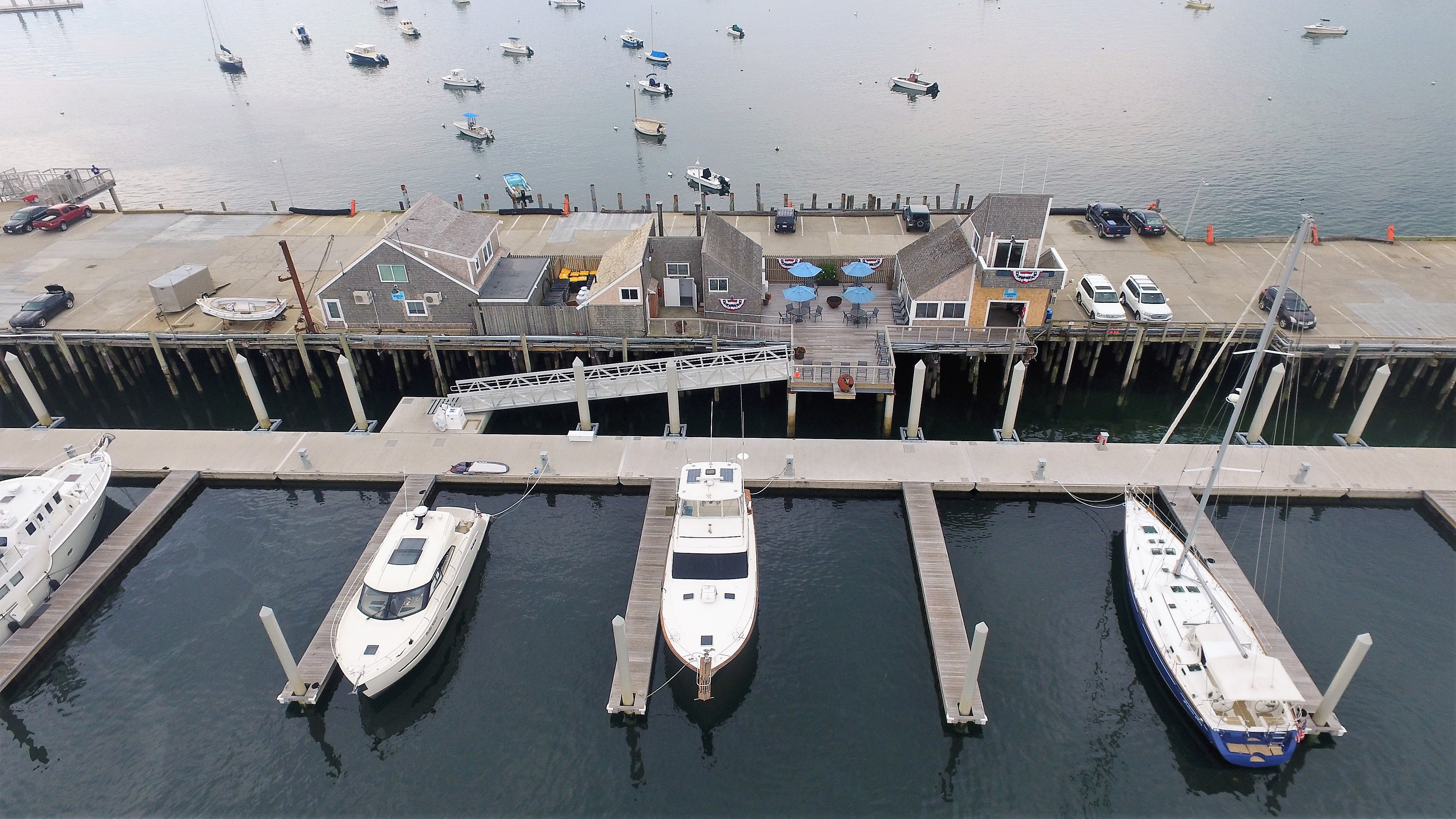 Marina Builders Hoping for Record-Year in 2018; Touting Big Successes in 2017

At the International Marina & Boatyard Conference (IMBC) in New Orleans January 31 to February 2, Marina Dock Age talked with dock builders about their companies’ performance in 2017 and the overall industry.

Overwhelmingly, builders touted 2017 as strong, in some cases maybe the best ever. One month into 2018 most were even more excited at the prospect of this year’s business.

“Things are definitely up. We’ve already blown the budget for this year, and it’s just finished January,” said Bob Berry of Marinetek. “We’re bidding so much stuff. It’s incredible. We’re building a second factory to keep up.”
“It’s been incredible in terms of business. I’ve never seen anything like it. It’s been nonstop,” said Jim Helderle of Meeco Sullivan.

“The last few years, it’s been on a big upward trend. Marinas are coming back and spending money. Everybody’s slips are full so they’re trying to create more room,” said Nick Davis of Tiger Docks.

“2017 was our best year by far. We did as much as we could,” said Luke Diserio of American Muscle Docks. “We see it growing even more this year.”
Some of the bump for 2017 was due to widespread damage from hurricanes in Texas, Florida and the islands. Other major storms and weather events rocked the entire Eastern seaboard.

Storm repair work can be a slow process. Marintek did a lot of hurricane repair work in 2017 and will continue this year. For some, it’s a struggle with the process and insurance companies. “Some people already have their checks, and we’re almost done with their marina. Some people are still waiting and fighting to get money,” Berry said.

New Development
“There is a lot of damage and repair work going on,” said Steve Ryder of Bellingham Marine. “There’s also a lot of new and rehab facilities, which weren’t damaged that are part of new developments coming online.” Ryder said that’s something the industry wasn’t seeing 10 years ago. During the economic downturn, there was a lot of repair work, but not a lot of growth in terms of new facilities. “That’s changing now,” he said.

Where Ryder is mostly focused, in South Florida and the Caribbean, destination marinas are a growing trend. “Big boats are a primary driver in the Caribbean and South Florida,” he said. Those high-end facilities, especially on the islands, are focusing even more on a specific type of customer. With new developments at different locations that often weren’t accessible before, boaters can hopscotch from one facility to the next. Each facility is unique to its location, and unique to a specific customer experience.

Roxie Comstock of Bellingham Marine said that for a lot of destination marinas in the U.S., the facilities are a little more community based. “The marina is an amenity for the boaters, plus the locals,” Comstock said.
Ryder said that trend is supported by a change in how marinas are viewed by the development community and how they are treated as part of a waterfront development has changed.

“One of the changes that I have seen in the marina industry from a developer’s standpoint is a marina is not looked at like a golf course, as a loss-leader anymore. ‘Put in some slips, so we can sell some real estate’,” Ryder said. “Marinas have changed in the development world to being a driver of a project versus just being an amenity to a development.” 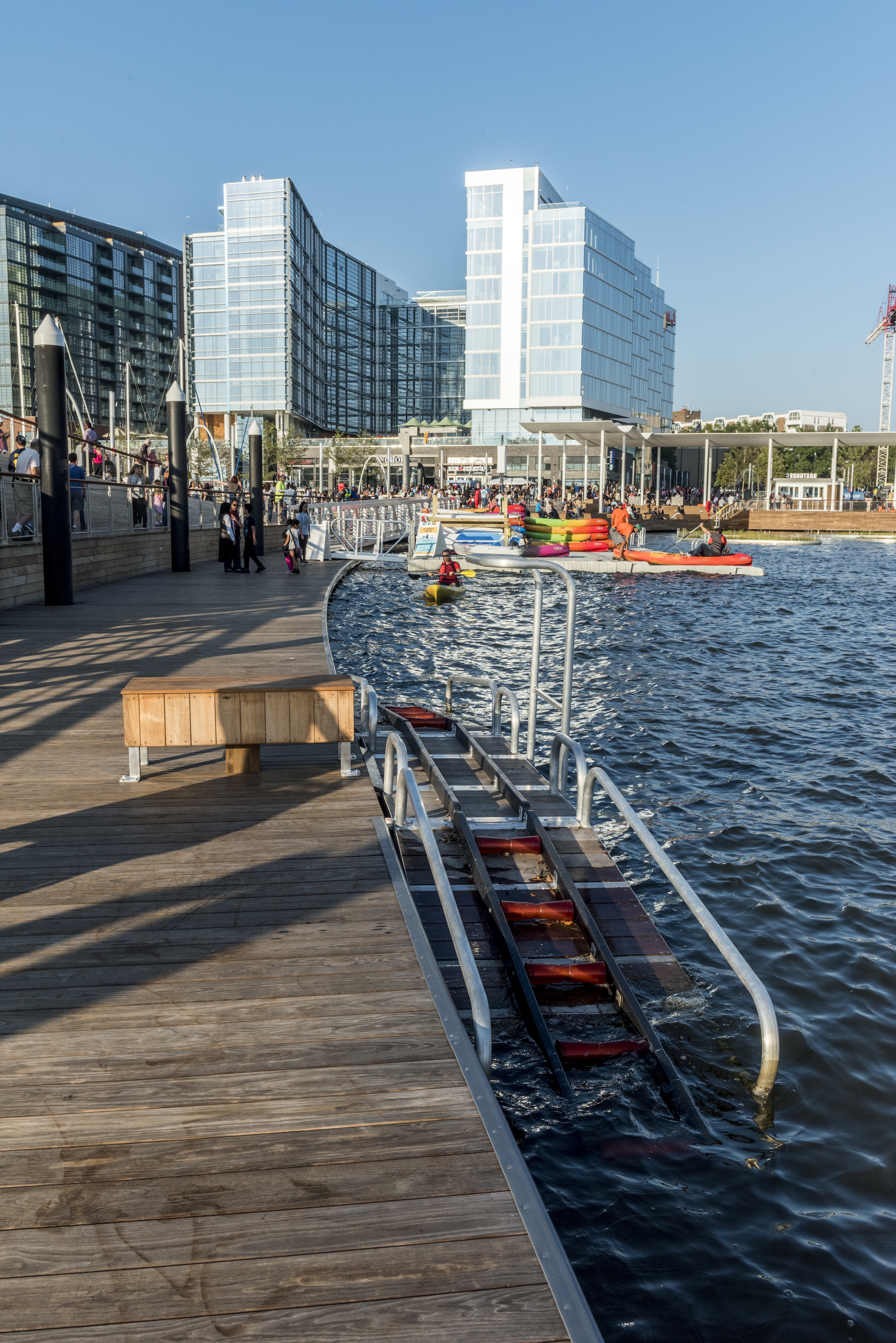 The Wharf in D.C. has a large community component (and a focus on small watercraft), a trend in new marina developments here in the U.S. Bellingham Marine worked on its docks.

Other Building Trends
Marintek works mostly on the East Coast, offering both an aluminum and concrete product. While the company is busy building both, Berry sees more of an increased interest in concrete, especially those that have experienced bad storms.

“They’re learning from the hurricanes. Stuff got trashed, and they’re ready to do it right and not have to keep rebuilding,” Berry said.
Structurmarine has also done a considerable amount of hurricane repair work, from New England to the Caribbean islands.

Gael Simon of Structurmarine said it has been a challenge to meet everyone’s expectations and delivery schedule for hurricane repair work. Everyone wants repairs quickly. “They have big revenue losses, if manufacturers can’t keep up. It’s a challenge, but it’s a good one,” Simon said.

Another trend he sees with marina infrastructure is a wider variety of structures to accommodate a wider range of craft. “Of course the size of boats is increasing, both in length and width, so it forces the marina to reorganize the structure,” Simon said. “At the completely other end of the spectrum, people want more access for the public and that involves giving access to SUPs and canoes and kayaks.” Simon said these small-craft docks are built in and around marinas, but they are seeing them in places where they weren’t building infrastructure before – like waterfront abutments.

Tiger Docks, which builds marinas all over the country, has also seen an increased trend in accommodating smaller craft. “I think kayak and paddleboard facilities are huge everywhere. Everyone is looking at that extra revenue and trying to get more paddleboarders to come to the marina and venture out from there. I’ve seen that all over, not just in one area,” said Davis.
American Muscle Docks said it has seen a trend in facilities switching from fixed docks to floating docks. “They’re moving to floating because of the changing water levels. In Canada and the Northeast, there were a lot of places that couldn’t even use their stationary docks,” Diserio said.

Growing Industry
Many builders said they are seeing increased renovation work, at marinas that have put off updates for a while. MariCorp Inc. also said that before the company was doing a lot of brand new marinas, now more of the work is rebuilding existing marinas. “People are putting a lot of money in replacing what they have and making it better,” said Melanie Ashby of MariCorps.
Everywhere you look, the industry seems to be building and growing.
Meeco Sullivan has been working projects nonstop for the last few years, starting with a bad snowstorm on Lake Cumberland that damaged quite a few marinas and covered docks. Helderle said even the summer months have been booming, when things usually drop off some. He credits some of this to increased boat sales, which have had record years recently. “That drives our business,” Helderle said.

The company has also seen a lot of projects come to fruition that have included years and years of permitting work. With all this construction going on, Helderle said, many marinas that have been putting off repairs feel the need to play catch up, in order to keep up with other local marinas that have newer facilities. “A lot of boaters will go to that better facility,” Helderle said.
Dan Adams of Meeco Sullivan, said the company is doing a lot of work in Florida, where the market is packed. “Some is hurricane related, but some is just people upgrading their facilities to try and keep up with the other marinas. It’s very competitive, especially down there. There’s so many marinas so close together.”

“There’s a lot of pent up demand,” Adams said. Both also credit some of the increased work to the consolidation of the industry, by several management firms that are buying up marinas all over the country. “They buy these facilities, and they immediately want to upgrade,” Adams said.

“We’re very thankful,” Helderle said of his company’s increased business. “You never know; it could drop off all of the sudden.” 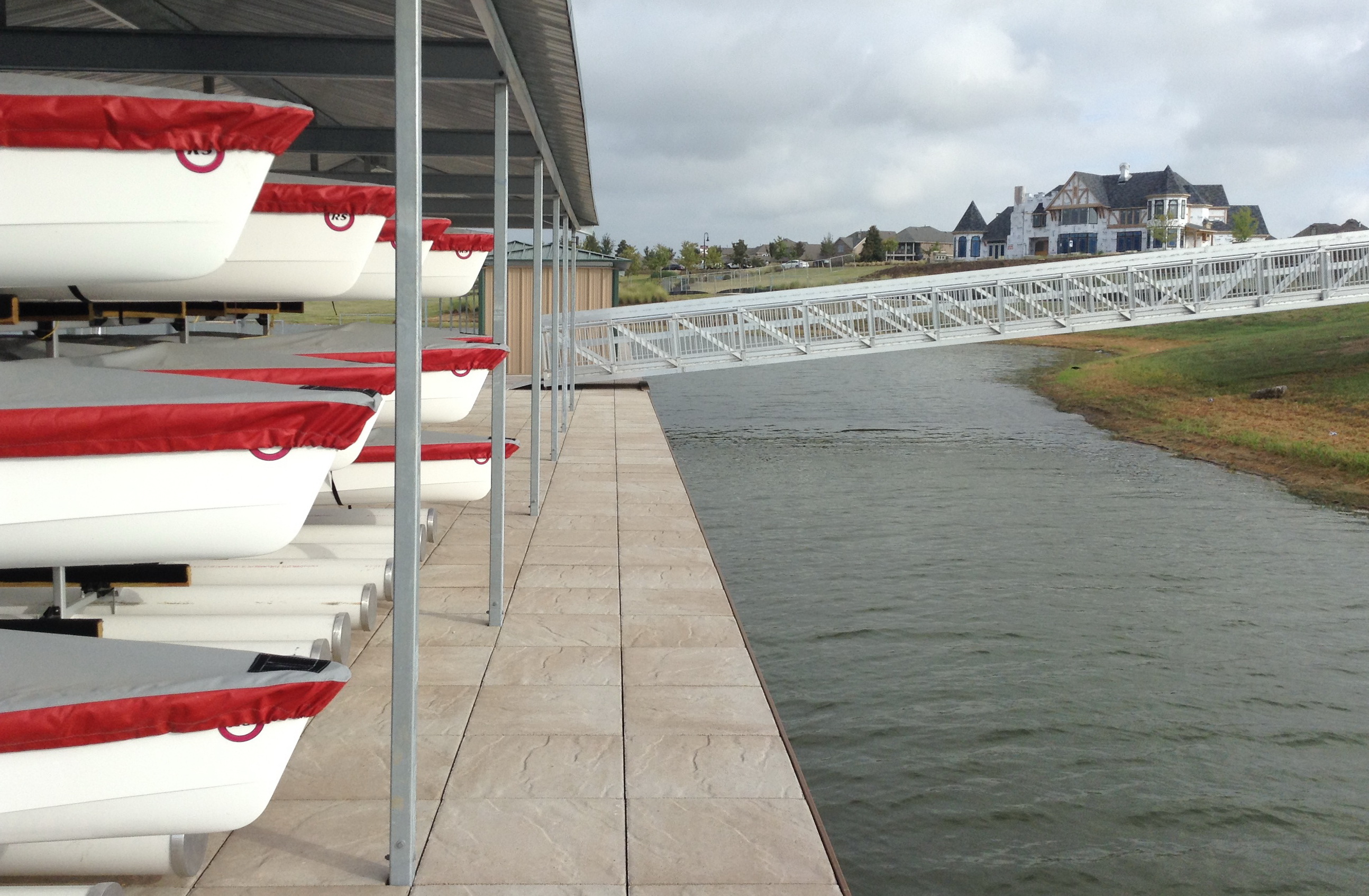 Virdian Sailing Club in Arlington, Texas, is a sailing school, with public waterfront space and natural areas. The floating docks were made by Tiger Docks.