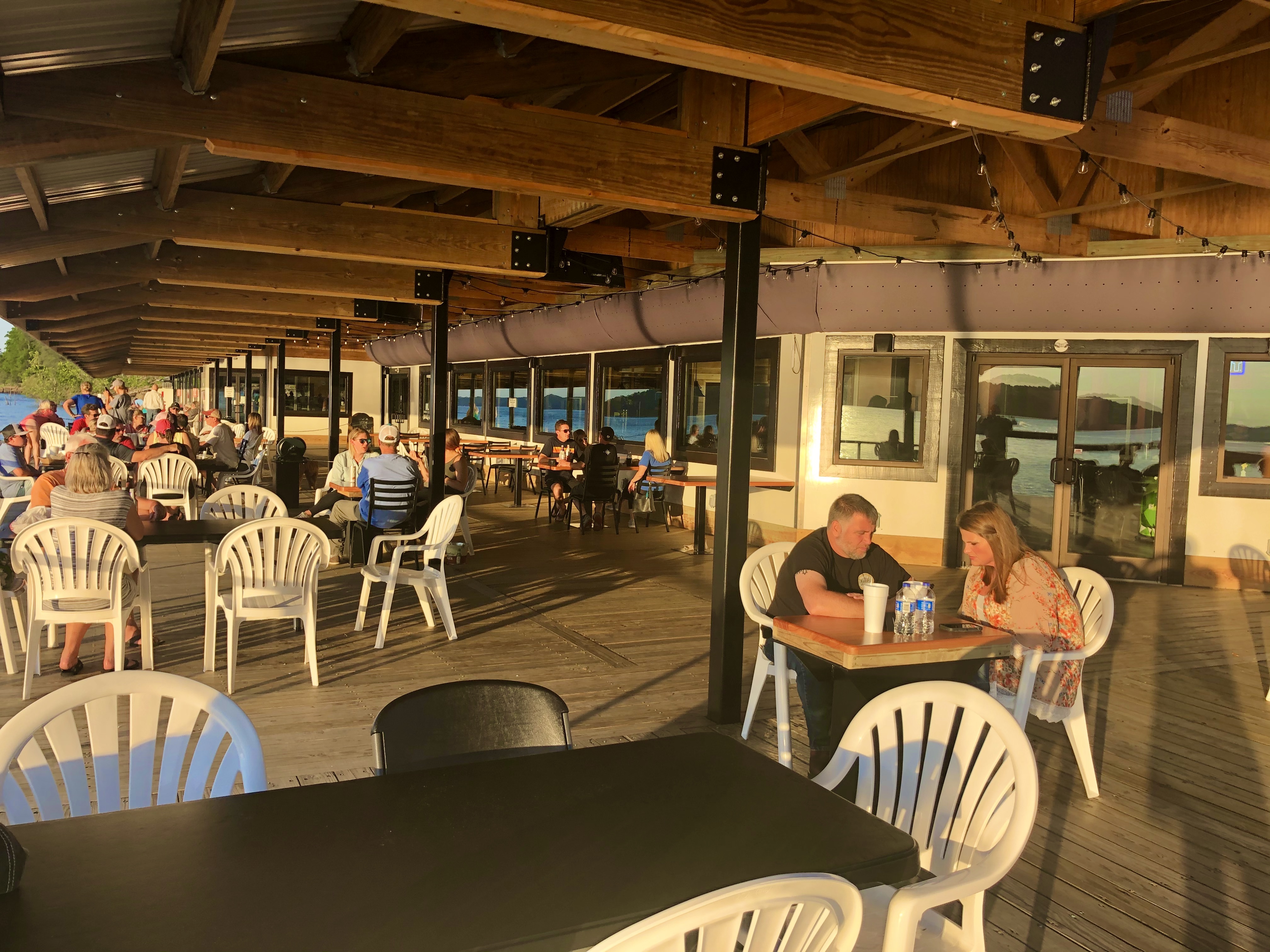 Green Development
Marina@Rowena on Lake Cumberland in south central Kentucky uses an innovative HVAC system, drawing on the cool lake water to power the air conditioning. The marina was built by owners Tony Sloan and Tom Allen, and a phased opening started in 2019. Sloan had used a similar system at another facility he owned, but Marina@Rowena got a new enhanced design from CHC Mechanical Contractors in Cookeville, Tennessee.

The marina, which is near shore, is still blessed with water depths of more than 100 feet. Down there, the water temperature remains in the low to mid 50-degree range. In short, a submersible pump pulls cool lake water up through a heat exchange (a radiator-type device), which cools the air and blows it through duct work. It uses no refrigerants or compressor. “We’re taking advantage of a natural resource that’s plentiful and really in unlimited supply to us,” said Dave Dyson, general manager.

The original system was more rudimentary without temperature controls. “If it got too cold, you left doors open,” Dyson said. The new system has more temperature controls. Dampers in the system act as a thermostat to control the fans that blow the cool air. The energy consumption for the system comes only from the power to run the submersible pump and the blower that powers air through the ducts.

The marina has long-term plans to offset that power usage with solar panels. The main dock building has 7,000 square feet of prime southern facing roof space for such an application. The marina doesn’t plan to sell any power back to the grid, but it will run the facilities on-site. The system is quite expensive, but the marina will seek grant funding from the USDA. Local reps from the southern Kentucky rural electric cooperative (REC) have provided the necessary paperwork and helped point the marina in the right direction. With a lot that’s very new at the marina, it’s a project for down the line, but will continue moving the facility forward as a green development.

Boat Rentals
AT S&S Rentals in Lansing, Iowa, boat rentals make up the majority of the business’ income, along with about 100 slips, fuel dock, pumpout, winter storage and service. “Our bread and butter is our rental business; 90 percent of our overall revenue comes from that,” said Blake Schoh, owner, S&S Rentals. The facility rents seven houseboats, four pontoon boats and two fishing boats. The houseboat rentals run in two blocks per week: Monday to Thursday and Friday to Sunday.

For customers who might not want to drive the vessels, S&S Rentals offers assisted rentals. “We’ll take them out to the sand bar and get them secure; they don’t have to worry about driving the boat, and we’ll come get them,” Schoh said. Dockside lodging is also available on the houseboats, when they’re not rented.

Probably about 50 percent of the facility’s business is repeat customers, who get some special perks. They can arrive a day early and stay on the boat the night before, and they get a discount for prebooking trips for the following year.

“Boat rentals can sometimes get a bad rap because of bad equipment,” Schoh said. S&S Rentals combats that image with stellar maintenance and upkeep. That means regular service, and “going through the boats with a fine tooth comb” when it returns, before the next customer arrives.

In a very rural area, the choices for fuel suppliers are limited, so the marina works with the city municipal marina to set competitive fuel prices for both. “We’re paying the same price for fuel so we work together to set a margin that we agree on,” Schoh said. “We do a lot more fuel sales because of how much we put in the houseboats.”

The marina aims for a 75-cent margin on a gallon of fuel. The price usually needs to vary +/- 10 cents for the marina to change customer prices, so it’s not changing all the time. By watching prices in the spring, S&S Rentals stocks up when it sees a dip in prices and can get a better margin by buying early.

Custom Boat Lifts
St. Johns Yacht Harbor in Johns Island, South Carolina, put in its first boat lifts during renovations in 2007. The boat lifts, manufactured by Boat Lift US, were custom built to provide boaters easy access to the full length of the vessel.

“You can wash the entire length of the boat like it’s on a trailer,” said Stan Jones, general manager.

The remote-controlled mechanical lifts work on the 7-foot tide swings, and the boats remain entirely out of the water to cut down on barnacle growth. The fast current in the area increases growth in the water, Jones said. The elevated boats also provide for more sun and less shading over the water, which can inhibit natural aquatic species.

A railing provides added safety from the bow of the vessels to the dock. Boats must be docked to bow in on the lift, which provides easier access to the gunnels. St. Johns Yacht Club also has the boats docked parallel with the current of the river, which makes for easier loading onto the lift.

Forty-seven boat lifts were installed before the economic crash in 2008, but the marina’s revenues and boater interest in boat lifts is back. St. Johns Yacht Harbor has a two-year waiting list for boat lifts, and is finally ready to build more. The next project is permitted for 120 lifts. It will do about half of that first, and add more in a couple of years.

Additional wet slips will be added with the help of Boating Infrastructure Grant (BIG) funding, which will cover funds for transient slips. “We have really seen wonderful improvement in the transient revenues in the last three or four years,” Jones said. Revenues this year are expected to be nearly five times what they were a few years ago. “We try really hard to make sure all of the transient customers have a very good experience,” Jones said.

Transient Business
Harbor East Marina in Baltimore also caters to transient business. “We like to treat them like they are our annual slipholders,” said Andrew Riina, general manager. One-third of the marina’s slips are dedicated for annual slipholders. In 2019, the number of superyachts visiting the marina tripled in one year, a trend that the marina anticipates will continue. 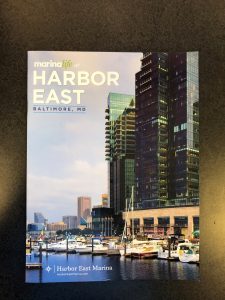 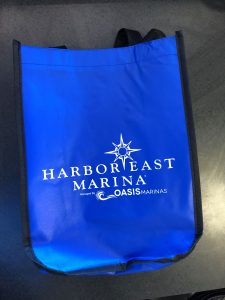 The trendy Harbor East neighborhood has a lot to offer for city adventures, and it’s all within view of the boat slips. Luxury boats also expect luxury service, which starts with high-touch customer service at Harbor East Marina. The customer touches start before they even arrive with monthly enewsletters and communication about what to expect and what’s going on in town. Everyone, from the highest levels of management to the dockhands, know what’s available to boaters and can make recommendations. The downtown location is a natural sell to superyachts looking to make a short or long-term stay.

The marina prepares gift bags for new transient customers. It has information about the marina and about things to do in the area, and branded goodies like sunglasses, koozies or wine bottle openers. The marina also makes an annual custom publication, produced by Marinalife Magazine, about what’s new at the marina and in the area.

Tropical Paradise
More than a decade ago, Karen Baker-Brncic, general manager of Alton Marina in Alton, Illinois, changed the image of the marina. The barebones white walls got not only a fresh coat of paint and color, but also elaborate murals that added to the tropical and nautical themes. Potted palm trees and flowers decorated the landscape, making it much more inviting. 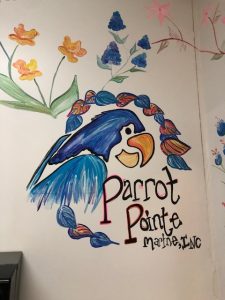 The theme is backed by a full concierge service that serves boaters at the docks or at the pool. “The more they don’t have to worry about things, the more they would think of the marina as their place,” Baker-Brncic said. They bring food and supplies to the boat and pick up trash at the docks. Boaters can shop at the nautical boutique for trinkets and t-shirts, or eat at the deli, where they serve daily specials and frozen drinks; it all adds to the vacation feel.

The staff all wears red shirts – “Alton Marina Red,” Baker-Brncic calls it. “Red is associated with fun,” she said, and it makes the crew easy to identify. Each year everybody gets a new shirt and “crew” is printed on the back in a different arrangement.

Parties are a big part of the atmosphere and schedule. The Brncic Pavilion looks out over the Mississippi River. It seats about 60 people, and hosts many events for the marina and is available for boaters. The season closes out with the biggest party of the year around Labor Day, hosting about 1,000 people. A 100-foot screen displays photos from all the events and time at the marina throughout the year. Local vendors sell food, and customers bring lawn chairs for the show and dancing. “People love to see themselves up on the big screen and the recap the season,” Baker-Brncic said.