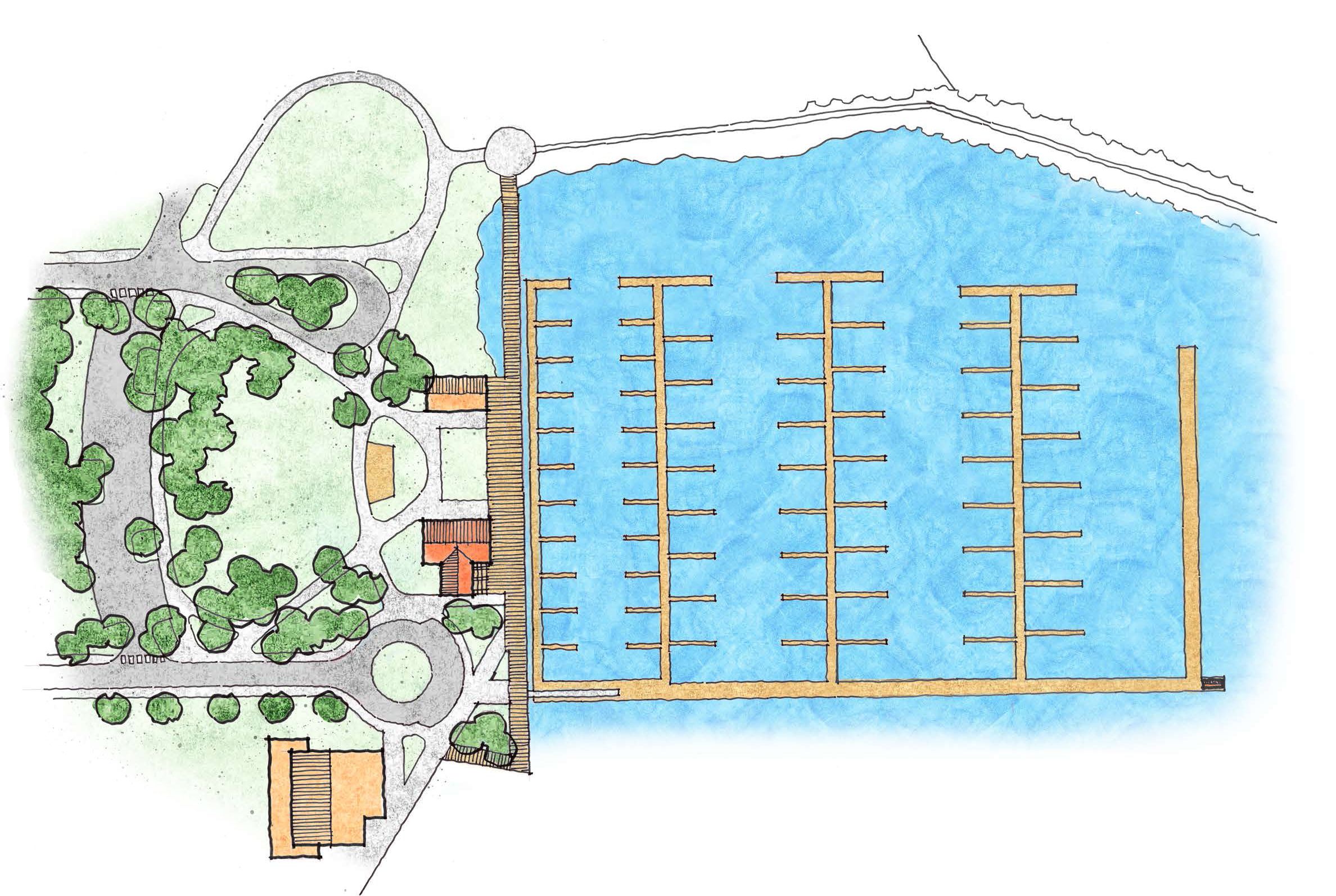 Over the past 70 years, the State of Michigan has built an extensive network of recreational boating facilities across the state, both owned and operated directly by the State of Michigan through the Michigan Department of Natural Resources (MDNR) and in partnership with local communities through the Grant-in-Aid Waterways funding program. These facilities include 83 Great Lakes harbors on Lakes Michigan, Huron and Superior, and over the course of the last year, MDNR has completed a thorough analysis of its facilities and engaged in extensive outreach to its harbor operators and thousands of boaters to develop a long-term improvement plan for the future of Michigan’s public recreational boating infrastructure.

An extensive boater survey was completed in September 2019, and 3,748 boaters responded, providing feedback on a very broad range of detailed topics. While all of the detailed information gathered will be very valuable during the design of renovations to the facilities, we also wanted to get a sense of how the boaters compared one facility to another and get a broader sense of the big question: which harbors do the boaters like best overall, and why? The more than 1,300 participants providing comments explaining why they chose the facility they did, also helped identify a series of design strategies that were common to the most popular facilities. 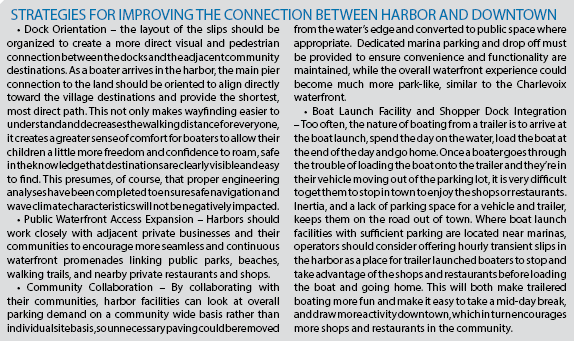 Location and Connectivity
A key observation from the survey is the quality of the overall destination, and the importance of the relationship between the harbor facilities and the adjacent community. Keeping in mind that a large part of boating is visiting enjoyable destinations, the quality of a community in terms of shops, restaurants, parks and other elements that attracts boaters is very important in how boaters perceive the quality of the harbor. The common element among all the top-rated facilities in the survey is that the most popular facilities are located near great towns, but more importantly, the marinas are located within easy walking distance of nearby community amenities.

Lexington State Harbor is a good example of this, where despite being an aging facility with 30-year-old docks and restrooms in need of modernization, the harbor was ranked the third best harbor in the state in large part due to the quality of the shops and restaurants in the adjacent village. While there is much that cannot be controlled about the quality of the community around an existing facility, we suggest considering design strategies that make the most of the opportunities available and collaborating closely with the neighboring community and nearby businesses to create the best waterfront experience possible. Consider the following strategies on page 28 to improve the connection between your harbor and downtown.

Staffing
Charlevoix City Marina was far and away the most highly rated marina in the survey, with nearly 10 percent of the participants (166) selecting this facility as the best in Michigan. The comments provided by survey participants make it that Charlevoix benefits from its location in the very heart of downtown Charlevoix, with docks literally just a few steps away from nice shops, a park and restaurants. While the marina staff can’t take credit for the beautiful downtown and Charlevoix’s location on Lake Michigan, what is most helpful to share with other harbor facility operators is that the most often cited reason boaters chose Charlevoix was the quality, friendliness and professionalism of the marina staff. Many participants noted the quality of the docks and amenities of course, but the quality of the staff was mentioned most often.

While the quality of the staff was not the primary reason people selected Lexington State Harbor as third best in the state, it was noted as the most important element after the location factors, along with the cleanliness of the facility. This is particularly noteworthy in that a similar boater survey specifically for Lexington State Harbor was completed in 2018 with very different results. In 2018, the facility experienced staff turnover and was without a harbormaster for much of the season, and the survey results at that time listed the quality of the staff, service and cleanliness of the facility as challenges with the marina. With a new harbormaster in place for the 2019 season, staffing has turned around in a single season and the problems from the year before are now listed as the strengths this year. This highlights the importance and impact quality staff can have on a facility in a short amount of time.