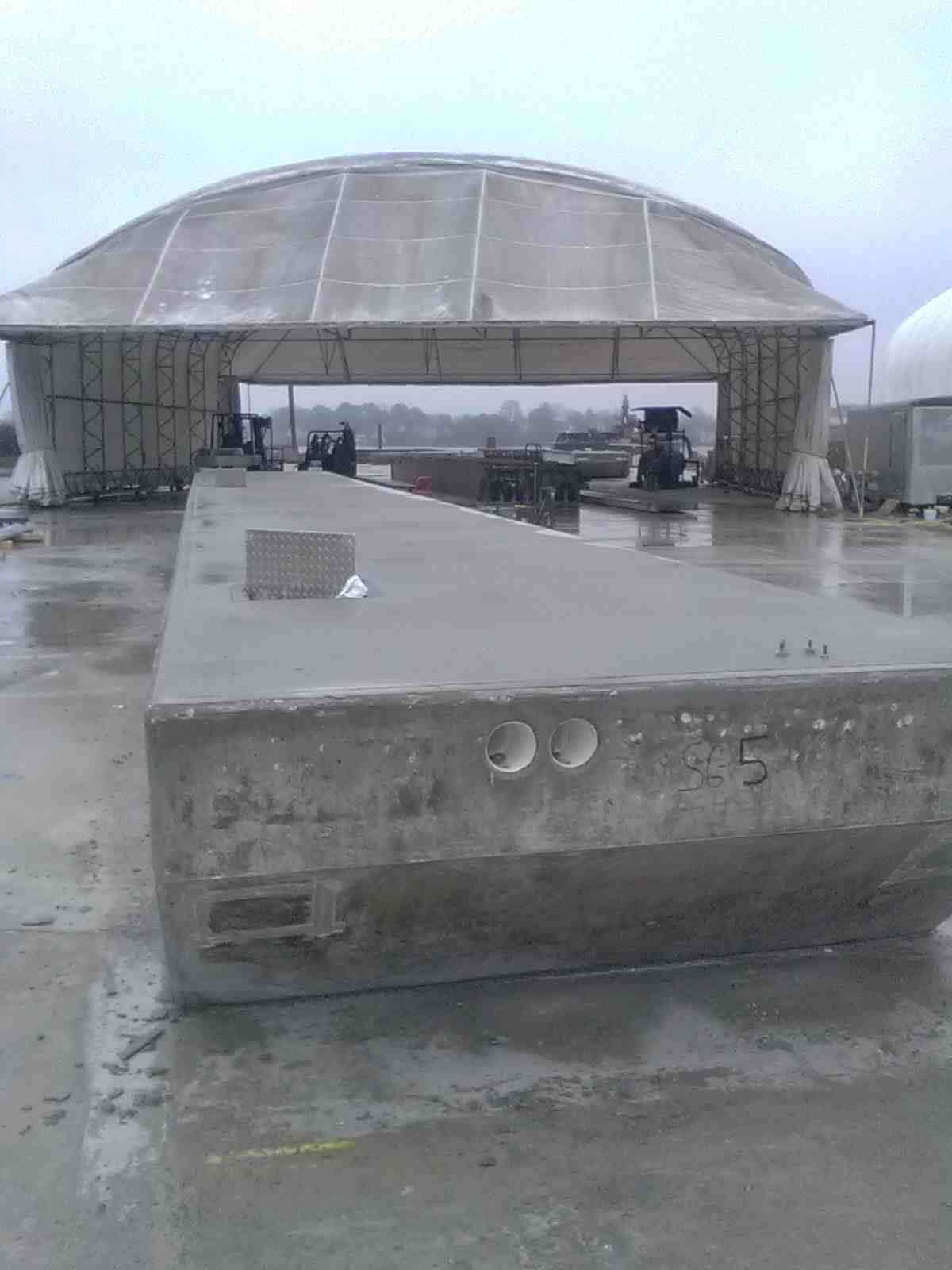 Garretts Marina, on the Rappahannock River in Center Cross, Virginia, is replacing a dock built in the 1970s with a new concrete docking system from SF Marina Systems.

The marina was established in 1944 by the grandfather of current owner Rick Garrett. The founder was the owner of an oyster fleet, who built the marina as a safe haven for his boats. (The boats had previously spent the winters moored in ice, then broke free when the ice melted. It would take several weeks to locate them all.) Before long, neighbors asked to bring their boats there, too, and the marina was born.

Today Garretts Marina is primarily dry storage: it features 300 enclosed dry slips and 18 outside racks. It primarily serves boats in the 24-to-25-foot range, but can accommodate those up to 33 feet.

The new dock, which is being used for three covered wet slips and transient dockage, is an 8.5-foot-wide by 209-foot-long solid cast concrete structure, moored by piles. It will have internal utilities to service side-tied vessels, and will support dry stack launching and the service and yacht sales side of the business.

SF Marina Systems will install the docks, which were built at its Virginia factory, after the marina seawall is rebuilt by another contractor.