While consumer trends have a major influence on marina viability and success, they tend to shift more gradually over time. Changes in the costs and requirements to build, repair and maintain marinas can manifest themselves quite suddenly, however. Understanding how these trends could impact construction projects is an important consideration for marina owners and operators.

SmithGroup’s waterfront design and engineering leaders sat down recently to discuss the construction and contractor trends they’re seeing, along with shifts in regulatory policy and infrastructure requirements. Their insight and conclusions are drawn from multiple projects across a wide range of geographies.

Materials Costs Rising
Rising material costs and a shortage of skilled labor remain ongoing trends in the construction industry. Unfortunately, these trends are starting to hit the marine and heavy infrastructure sectors of the industry particularly hard. SmithGroup’s panel shared the following observations about the marina construction market.

Over the past three years, it’s become more common to see sudden rises in material costs for similar projects bid within the same timeframe. Some of these increases can be attributed to the U.S. tariffs on imports from China and other countries. A 2019 National Association of Home Builders’ study identified more than 400 items commonly used in the construction industry that have experienced price increases since the tariffs went into effect, including steel, bricks and aluminum. 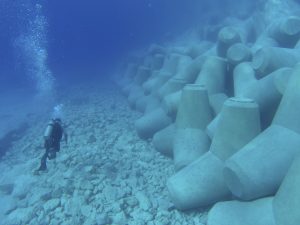 Construction material prices were already increasing before the tariffs hit. 2017 alone saw a 10 percent increase over the previous year. Disaster recovery and mitigation projects have also raised the demand for those materials. This has led to shortages and delays in the availability of some materials, and in some cases a decrease in quality. Our panel noted that stone used for breakwater and revetment construction has been more difficult to locate and increasingly costly for U.S. projects in the Central and Upper Midwest. The availability and quality of Southern Yellow Pine, which has been used for dock decking for a long time, is becoming increasingly suspect, as well. Wood graded as #1 select is frequently high in knots and not reaching the needed quality standard; in some cases, alternatives such as Ipe or composites are becoming more cost competitive.

It is also becoming increasingly common for value engineering exercises to occur at the onset of project construction. Savvy contractors bidding against competitors with better access to or reliance on traditional construction materials are proposing more creative solutions to address areas where cost overruns are being seen due to material shortages and price increases.

The panel noted that the continued rise in material prices is also impacting the costs for manufacturing and maintaining boats – which impacts the affordability of recreational boating overall. For an industry focused on attracting the next generation of boaters, affordability is emerging as a critical factor influencing the entrance of new boaters into the market.

The skilled labor shortage in the construction industry has had a pronounced impact on the availability of experienced marine contractors. The increased demand for their services also impacts labor costs, which has led to a tougher, tighter market for marine construction bids. The qualified low bid isn’t as low as it used to be, providing more financial incentive to select a firm that lacks the experience required for the job.

This situation has raised the value of construction observation and administration services. The panelists all had stories of how on-site review and collaboration with contractors played a pivotal role in achieving the intended level of design execution and performance.

Regulatory Changes
Water quality and environmental goals are driving more rehabs and retrofits.
SmithGroup’s panel noted that environmental considerations are playing a growing role in the permitting and approval for marina and coastal protection projects. Improved water quality and the integration of habitat – especially as part of living or nature-based shoreline projects – have become key drivers for regulatory agencies. In many cases, panelists were able to help their marina clients take advantage of available grant funding by integrating strong environmental benefits and enhancements into the design. 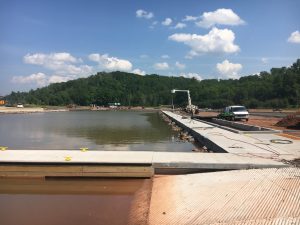 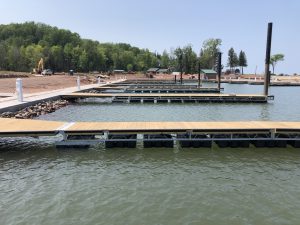 Some U.S. states are leading the charge toward new policies that could become more widespread in the future. One of the key developments to watch will be regulations related to the use of copper in antifouling boat paint. Ten years ago, the International Maritime Organization banned the use of tributyltin (TBT) in antifouling paints that keep barnacles, shells and other marine life from attaching themselves to the bottoms of boats. Copper, TBT’s replacement, is a growing concern and is being subjected to increased scrutiny due to its contribution toward pollution in waterways. A 2018 study by Germany’s environmental agency found that antifouling paints on recreational boats put nearly 70 tons of copper into German waters every year.

California has been on the forefront of developing regulations and testing alternatives to minimize pollution from antifouling paints, largely in response to copper level issues at the Port of San Diego and Marina del Rey. The State of Washington was well on its way to a complete ban before putting it on hold, concerned about the biocides being proposed as a copper-substitute. As the industry looks to develop more sustainable antifouling alternatives, marinas can respond by adopting best practices that reduce copper pollution, such as better boat-washing techniques.

The use of textured seawall panels and similar strategies for creating habitat areas in harbors is becoming more and more common on the West Coast.

While the panelists felt this could eventually become a regulatory requirement, up to this point it has been more of a self-mitigation strategy for marina owners and harbor managers. By lessening environmental impacts and improving environmental benefits, they can lower overall mitigation costs while making their project easier to permit. It also reflects the trend toward multi-purpose infrastructure that provides a range of structural, ecological and public benefits.

Dredging is evolving toward sediment management.

Uncontaminated sediment is increasingly being viewed as a resource to be managed rather than a waste product to be disposed of. This change in perspective on the value of sediment is occurring faster in areas that are experiencing coastal erosion due to changes in water levels and wave/current impacts.

There has been a pronounced move away from open water placement/disposal of sediment in the Great Lakes region, as states and the U.S. Army Corps of Engineers explore new methods for using that sediment to mitigate erosion intensified by historically high lake levels. In Kenosha, Wisconsin, SmithGroup was able to secure a first-of-its-kind permit to haul dredged sediment from the harbor directly to a shoreline area where it was used to regrade portions of a wet park. A recommendation to use hydraulic dredging for directly reallocating sediment along the eroding shores of Illinois Beach State Park is also being more thoroughly considered. Previous policy and traditional means of renourishment would have required trucking in that sediment from an upland area.

While California’s dredged sediment isn’t typically high enough quality to reuse for structural purposes, it still has tremendous value in mitigating the impacts of sea level rise. Policy changes are allowing dredged sediment to be relocated to marshes and coastal wetlands to help combat coastal erosion and tidal flooding.

The idea that human assistance can play a fundamental role in maintaining longshore sediment transport represents a sea change in thinking about sediment management. It also connects to another trend noted by the panel: the growth in multijurisdictional partnerships and regional cost-sharing strategies to address coastal infrastructure and maintenance at a larger, more effective scale.

Emerging Infrastructure Approaches
Interest in nonmotorized watercraft has increased launching facilities.
SmithGroup’s panelists noted that the growing popularity of kayaking, canoeing and nonmotorized watercraft and the need for launching facilities is not being met at many marinas. These owners are typically concerned about how to recapture the investment value of this infrastructure as revenue.

Owners who do invest view it as a progressive “stage of life” approach, attracting what they view as their next generation of boating customers while adapting to a clearly growing trend.

Boaters are moving away from slips to dry storage.

There is a continued trend toward boaters preferring dry storage versus keeping their boats in slips. In some geographies, this frequently involves trailering in from an upland area. The automation of boat storage and launching systems is starting to replace the traditional crane and forklift approach, allowing marinas to manage the process faster with smaller crews.
New transient docking apps are coming online; marinas can sign up to let potential visitors know whether they have slips available for the day. Zipcar-style apps for renting boats are also emerging, as the market works to accommodate customers who are interested in boating but not in boat ownership.

Some are quicker to accept new systems, new materials; some stick to old preferences.

The options for new concrete and aluminum dock systems continue to grow, along with new vendors and manufacturers. In many cases, this provides multiple options for robust solutions that can work in the same marine environment; in other cases, it involves unproven systems or materials that lack market appeal in that geography.

Panelists noted that some clients and markets are more adaptable to new floating dock systems, while others find they do not meet their expectations for solidity and the feeling/experience they’re looking for when they’re on a dock

Risk Management and Adaptation
Future-proofing marina infrastructure is a growing need and challenge. Climate change impacts are starting to exceed the capacity of older protective systems, especially breakwater structures that were designed for lower water levels and waves. In some cases, marinas are being hit by landside flooding, landslides or other unanticipated events.

While the cost of upgrading infrastructure can be high, the cost of trying to get by can ultimately be higher. This is especially true in areas like Florida, where owners of older facilities are required to meet new building codes and construction requirements when they rebuild even if their insurance won’t cover those improvements.

Building resilience and adaptive capacity into marinas facing a higher level of operational risk has become a critical consideration for the industry. Panelists agreed that the trend toward creative regional partnerships and new forms of multijurisdictional agreements is likely to play a key role in making resilient improvements more achievable and affordable for marina owners.

David Lantz is practice manager for SmithGroup’s waterfront practice. He can be contacted at David.Lantz@smithgroup.com.