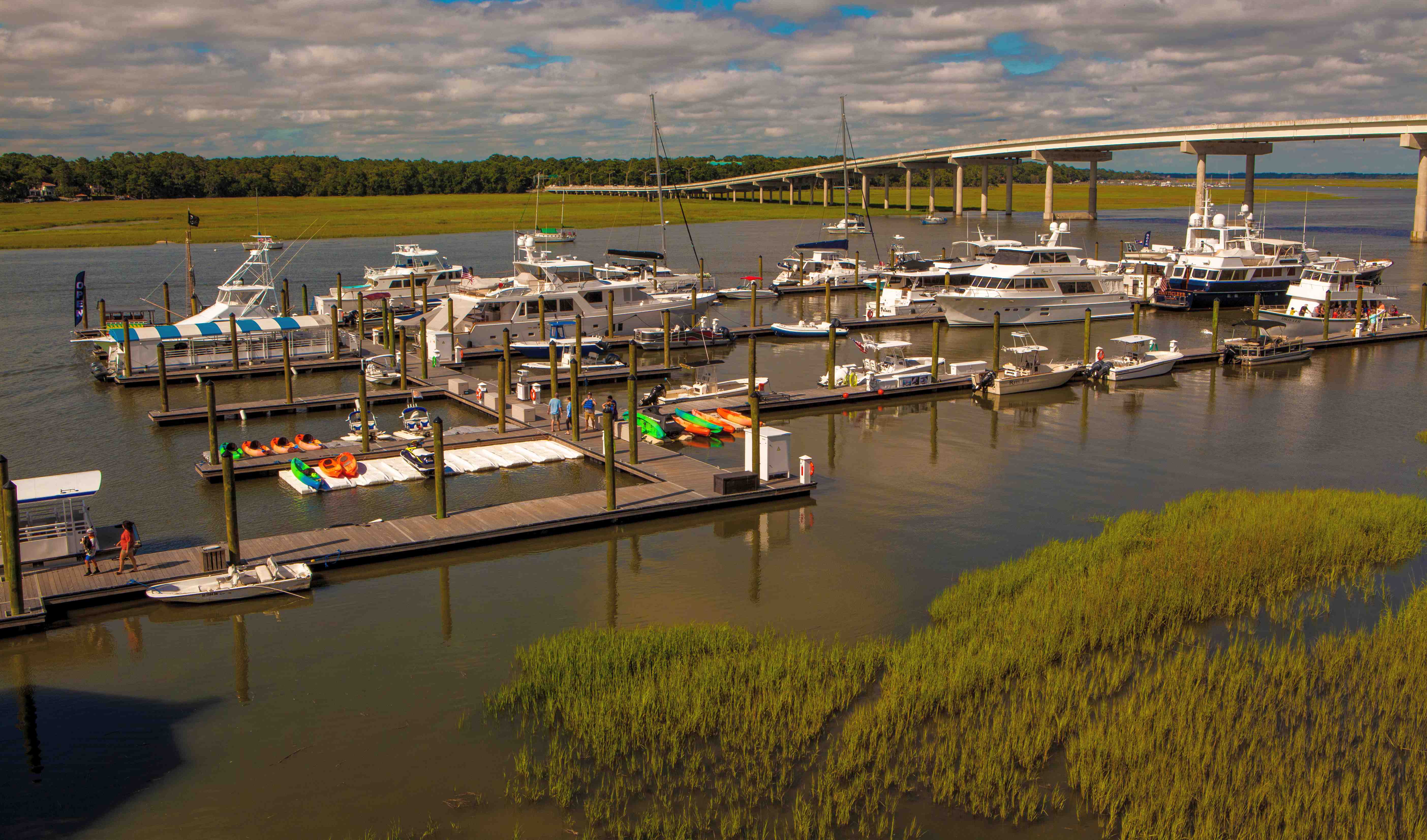 Five years after Hurricane Matthew wiped out Palmetto Bay Marina on Hilton Head Island, the marina is anticipating the completion of its dock rebuilding project.

Renovations began in the spring of 2019, when new owners took over the marina. By 2020, they had rebuilt the east side of the marina, which offers about 3,000 linear feet of dockage. Although the marina does have a few long-term recreational boats on the east side, these docks serve commercial customers like dolphin tours, boat clubs and jet ski rentals. There’s also a popular dock-and-dine section reserved for boaters who want to enjoy a meal at one of several restaurants on the site.

Palmetto Bay is currently working on the linear docks for the marina’s west side, which should be open by January 1, 2022. The footprint of the new docks will look very much like the old ones, with one exception. “We were able to obtain dock extensions, so on the west side, where they were originally 400 feet long, we were able to extend them to 700 feet,” said Kuy Scott, general manager of Palmetto Bay Marina.

The west side dock extensions will enable the marina to offer some long-term slip rentals, primarily for boats 50 feet and up. But Scott expects a larger percentage of the marina’s business will come from larger transient vessels that are moving up and down the Intracoastal Waterway.

The docks are designed to handle those large boats. “Not only will we have single phase and 30, 50 and 100-amp power, we also have three-phase with two-way 2240 volts and three-phase, 480 volts as well,” he added.

Larger boats like to come to the marina because it has a depth of 22 feet at the face piers at low tide. “That’s unusual for our area, especially since it is tidal,” Scott said. He noted that Palmetto Bay Marina is the oldest on the island – it dates back to the 1950s – and the water depth is probably one reason why the marina was built there.

Crescent Marine in Georgia manufactured the aluminum frame docks, which feature garapa wood decking. Most of the west side docks will be 10 feet wide; those on the east side are eight feet. After driving the 50, 60 and 65-foot fiberglass piles 25 feet below the mudline, Barrier Island Marine Contractors installed the docks.

The piles are unique, according to Scott. Palmetto Bay Marina was the first to use the 16-inch fiberglass piles from EcoPile, which have a unique honeycomb-like structure inside. “They are lighter weight, but they have strength and the ability to flex when under a tremendous amount of weight,” Scott said. “We are hopeful that they will protect us from any storms in the future.”

Other planned improvements include upgrades to the gasoline and diesel services. The marina management hopes to add more hoses and to install more submersible pumps to increase the fuel flow rate.