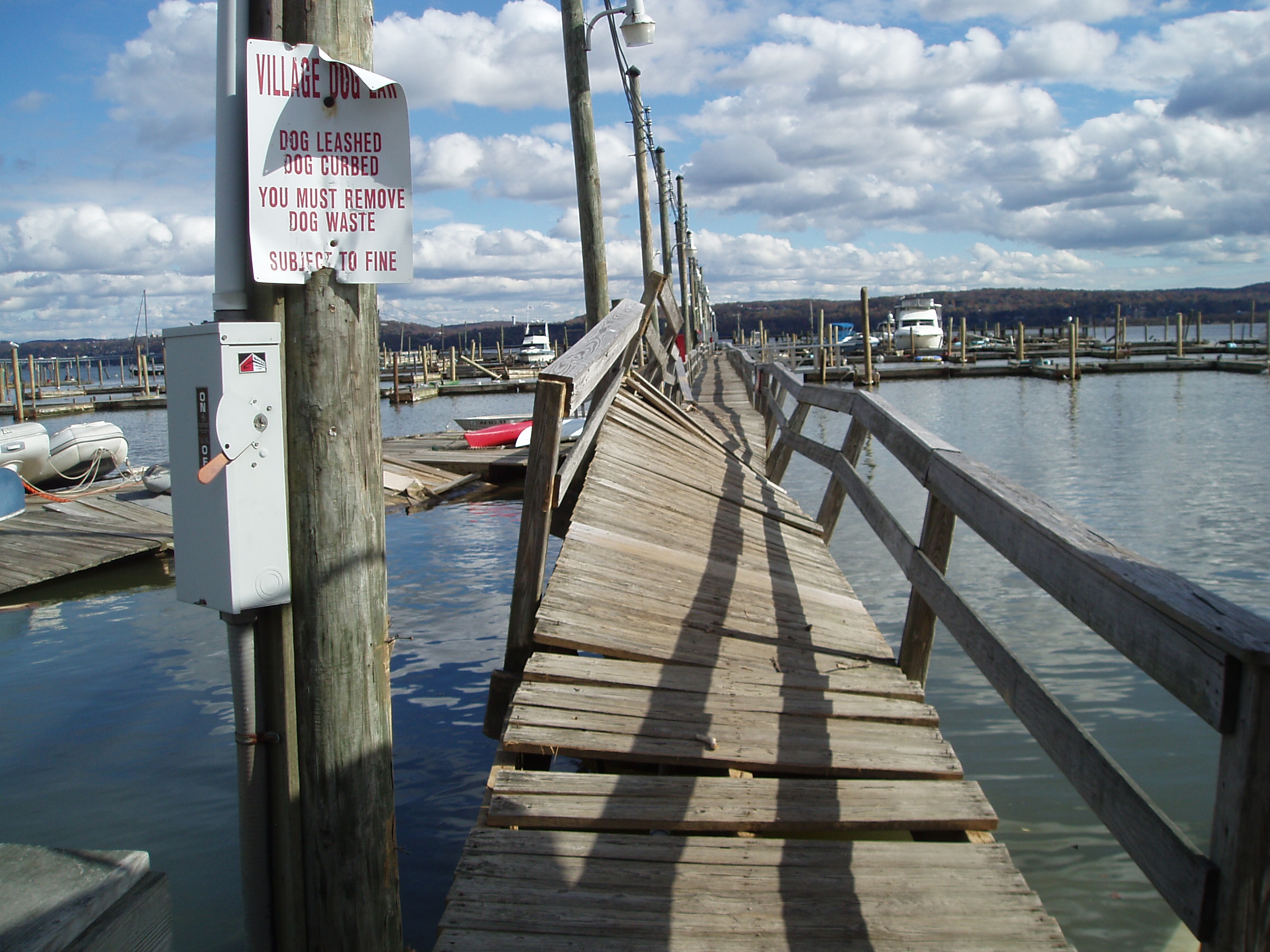 There is no doubt that climate change and sea level rise are happening. The only real questions are how fast and how high are the waters rising – and how bad and more frequent are the storms going to be?

Unfortunately, many politicians do not want to deal with the reality and do not want to plan for it. Why? Well, it could be that it can seem frightening if one really looks hard at it, whether from a cost or emotional perspective. Also, unfortunately, it has become a hyper-partisan issue in the current U.S. national political environment – even as local politicians are increasingly faced with the realities on the flooded ground.

I can remember way back to my youth seeing what was referred to as the “grassy knoll” in the middle of our harbor. I think it was even mapped on the National Oceanic and Atmospheric Administration (NOAA) chart that way. In fact, it was predominantly a Spartina alterniflora wetland area and at high tides only the tops of the grasses were visible. As I got older the wetlands kept getting smaller to the point where they eventually disappeared altogether. The common thought was that pollution must have done the grasses in, but that did not make sense as other wetland areas in the harbor’s creeks were thriving. As I learned more about wetlands and their sensitivity to elevations, it became increasingly clear that sea level rise was the most likely culprit.While it was only a few inches, which in effect did not allow this particular wetland to survive, I am sure there is no shortage of similar stories from pretty much anyone who has spent any real time on the waterfront.

One of our local marina operators, who has quite literally spent his entire life on the harbor, has pegged the increase in sea level during his lifetime at about 7 inches. While not at all scientific, it aligns pretty well with the overall NOAA estimates.

Predicting the future rise and its timing is of course a much trickier business and there are countless variables to take into account, with more being discovered most every year. But most projections seem to be in the range of 12 inches by 2050, and somewhere between 2 and 6 feet by 2100. And while there are disagreements within the scientific community, most agree that sea level rise is accelerating, as is climate change.

So, since almost every marina, boatyard and yacht club is located along the water, as the waters rise and climate change brings more frequent and severe storm events, the vulnerability is increasing.

Episodic storms are occurring more often, bringing strong wave energies and higher flood water levels, with those storms impacting inland facilities, especially those on larger river systems, just about as much as those on the coast. The damage that is already being sustained is staggering, causing breaches in breakwaters, crumpling both fixed and floating docks like sheets of paper. Seawalls are being overtopped, bulkheads are being undermined along with tiebacks being pulled out, buildings are being flooded and lifted off their foundations and innumerable other problems are being created.

On a more mundane level are the number of roads, parking lots and other areas now being flooded most every moon tide. This type of flooding has become so common along the Grand Canal in Venice that many of the cafes along the waterfront keep a stock of waterproof boots on hand, and it’s not uncommon to see diners sitting at the tables with their feet in the water!

What Can Be Done?
Well, there is an old Jerry Lewis movie that comes to mind, “If You Can’t Raise the Bridge, Lower the Water.” In fact, I think we need to work on both raising the bridges, and lowering the water – or at least helping to keep the water from reaching those 6-foot projections mentioned earlier. And in order to do this, one needs to take a longer term view of capital planning, maintenance and operations.

On the raising the bridges side, facilities that have pile anchored floating docks should think about longer piles to hold their docks in place in rising water elevations as well as flood levels. Thought should be given to raising the top elevations of the shoreline interfaces. as well as raising their low uplands to within the flood elevation ranges. Raising offices, ships store, restaurants and other buildings in flood areas may be encouraged by governmental agencies but many times mandated. The trick is to be proactive and the most cost efficient. Many times raising the building a bit higher than the minimum current requirement will provide a longer term flood solution, while also allowing for parking or low profile boat storage beneath the building. Facilities always need more parking with winter storage as well as in season events, festivals and holidays.

Among the challenges on the infrastructure front is getting the regulatory bureaucracy moving in a direction that might help facilitate the changes that will need to happen if existing lands and facilities are to be defended. We are forever running into battles when it comes to having higher pile heights, taller buildings (because they are elevated) or bringing in fill to raise the ground elevation. We are too often dealing with rules that are quickly becoming outdated by the new realities. To create these changes the industry needs to work together to get things moving in an “upward” direction.

On the lowering the water side, marinas can and many are trying to do their part to reduce global warming, being more energy efficient and environmentally conscious, incorporating green approaches wherever possible, including recycling as well as what materials they are purchasing.

Environmental Choices
A good example comes to mind. A marina was embarking on a project to refurbish its docks and facilities. It abandoned the strong desire to use ipe or mahogany or other rainforest woods, and even decided against oak or southern yellow pine, and decided to go with a composite material. The marina believed it to be more environmentally responsible, and it resulted in a significant cost savings. It also is believed to have a longer life, as well as less maintenance and care. For lighting, the marina went with motion detectors for much of its outdoor lighting, restrooms, laundry rooms, hallways, storage areas, as well as work sheds and the part of its offices. It switched to more environmentally friendly paints for its buildings, switched to LED lighting and even installed solar panels. The facility continues to enhance its recycling program for newspapers, bottles, plastics and papers, as well as used oils and batteries. The marina has also set up “swap” recycle days where customers can swap, sell or just give away unused equipment to other customers.

Where the recreational boating industry has been a bit further behind, it is now pushing for more fuel efficient engines, and hybrid, electric and alternative propulsion systems. Yes – it might be time for the boating industry to focus a lot more effort on promoting sailing than it has tended to in the recent past! Don’t get me wrong, I love my ski boat, but it is awfully hard not to appreciate how “green” sailing can be.

Putting all these approaches together has a significant cumulative positive effect in dealing with climate change, episodic storms and rising water levels. Long-term thinking and realistic, phased implementation go a long way in coping with the inevitable. On the flip side, if we stick are heads in the sand, we may well find ourselves underwater when the rising tides sweep in!

Dan Natchez is president of DANIEL S. NATCHEZ and ASSOCIATES Inc., a leading international environmental waterfront design consulting company specializing in the design of marinas and marina resorts throughout the world. He invites your comments and inquiries by phone at 914/698-5678, by fax at 914/698-7321, by email at dan.n@dsnainc.com.