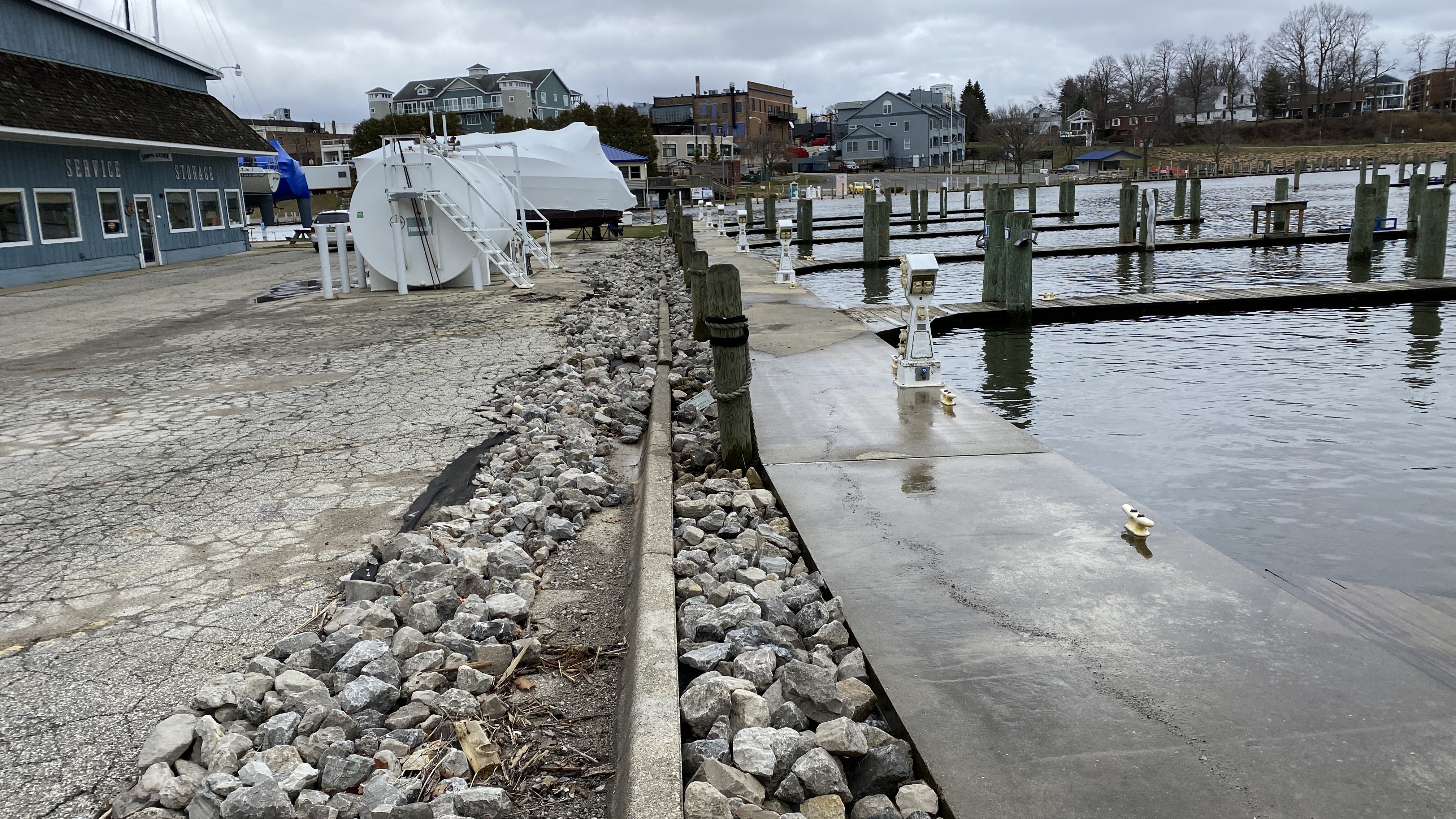 Over the past few months, this series of articles on marina design and renovations has explored boater survey data on what makes a marina most attractive to boaters in general, how to perform a marina market analysis to define what boaters are looking for in a specific market area, and how to perform a condition assessment in a specific facility to better understand the immediate and longer term items that need to be addressed. This month’s column we will explore how to put it all together to assess the information collected and set priorities for making smart decisions on where to invest renovation budgets most effectively.

Northside Marina: Case Study
Northside Marina is a municipal marina owned and operated by the City of South Haven in southwest Michigan. Located on the Black River just a quarter mile from Lake Michigan, this seasonal marina is ideally located in terms of easy access to Lake Michigan, but is also subject to the current record high water levels, flooding and wind driven waves.

Condition Assessment
Built in phases over the last 40 years, Northside Marina provides 100 slips ranging in size from 25 to 60 feet in length. Due to wave climate conditions, all dock infrastructure is fixed, with an average finished deck elevation of Low Water Datum (LWD) +5.25. This elevation is fairly common in fixed docks built in this time period; however, it is now more common to build fixed dock infrastructure with a deck elevation of at least LWD +6.0 or +6.5. The challenge of course is that water levels on Lake Michigan have ranged from LWD -1.1 to LWD +4.88 over the last 100 years, so facilities always have to consider the challenges of low water as well as high water when establishing elevations. Making matters more challenging, the area is subject to regular storm surges. This occurs from sustained winds from the west, which temporarily raise water levels as much as 18 inches, causing further flood damage.

The fixed dock system at Northside Marina is a structural concrete deck supported by single steel piles and beams, with all potable and electrical utilities mounted below the concrete deck. While the fixed docks themselves are in sound structural condition, the utilities suspended below the decks are at risk of severe damage from ice accumulation in the winter. Furthermore, multiple electrical junction boxes are sometimes submerged, and electrical datum plane requirements are no longer met.

The shoreline around the marina basin is made up of several systems, including a steel sheet pile wall along the downriver slips on the Black River, and an armor stone revetment without backing walls within the marina basin area. The wall at the downriver area is one of the oldest parts of the facility, and unfortunately has been flanked and inundated. This has allowed the foundations of three adjacent buildings to be undermined, one of which houses a municipal lift station. Around the marina basin, the armor stone revetment has also been overtopped, and without a backing wall, the backfill areas behind the armor stone revetment are pumping and subsiding. Short steel sheets have been added to minimize subsidence throughout much of the landscape area surrounding the perimeter of the marina basin; however, the sheet pile wall includes gaps for utility penetrations that allow subsidence to occur and utility boxes to collapse. Fortunately, the design of the fixed docks in the marina basin does not rely on the armor stone system for support, so there are no structural impacts to the docks themselves.

Cost Estimates
The cost to completely reconstruct the facility was estimated to be between $5.5 and $6.5 million, and could be completed in a single winter construction season. However the design, engineering and permitting process would require closure of the facility through the 2021 boating season. The City of South Haven was determined to implement improvements in a lower cost phased manner that would see necessary marina renovations completed in the summer of 2020, both to begin work during the existing COVID-19 related closures, and avoid missing any more of the boating season than absolutely necessary. Further, the State of Michigan Department of Natural Resources is implementing a program of emergency grant funding for flood damaged Grant-in-Aid facilities (municipally owned marinas partially funded by State of Michigan Waterways Funding), so the City of South Haven applied for two emergency grants in the amount of $750,000 each to help fund repairs.

Priorities
Establishing funding and phasing priorities for this project was based first on health, safety and welfare concerns, and re-opening as much of the marina as possible as soon as possible. The two greatest safety concerns were the submerged docks, which prevented safe access to the boats, and upgrading the electrical system to the most current marina electrical codes to minimize the risk of electric shock drowning.

As the existing fixed dock structures remain structurally sound, the City of South Haven engaged a “design build” team that included a local contractor and marina engineering specialist to rapidly design and install a system of timber docks that would be built atop the existing structural concrete docks.

The new timber dock sections are being fabricated off-site, and when installed will create a new utility channel for electrical, potable water and communications utilities atop the old fixed dock and within the new timber system. Phase one of the project will raise nearly all of the main pier walkways, replace the entire marina utility system with the most up to date systems, and complete necessary site work improvements to maintain ADA access to the newly elevated docks. The work will make 90 percent of the facility safe and accessible by the end of summer, for a budget of approximately $1.7 million.

Phase two, scheduled for the fall of this year if funding allows, will focus on repairing and reinforcing the armor stone revetments and raising all of the finger piers in the marina. The armor stone revetments, while very important elements necessary to protect the marina basin and adjacent facilities, are not a part of the dock structural system and therefore not critical to complete in phase one. The finger piers, while obviously important to provide access to boats, are not as important as ensuring that the boaters have a safe path of egress from the facility in the event of storm surge induced high water. The final element of phase two is reconstruction of the ten “downriver” docks, which are used primarily as overflow transient slips. Once reconstructed, they will be useful as full-time seasonal slips.

In summary, the City of South Haven is one of the most popular boating destinations on southern Lake Michigan, due both to the quality of the city as a destination, and the high level of service and amenities offered by the city’s public marinas. While many communities are hunkering down to ride out the pandemic related closures, South Haven has taken a much more positive approach in making sure it continues to offer the highest quality, safest marina facilities it can despite all the challenges of the 2020 boating season.

Greg Weykamp, ASLA, LEED AP, president and principal at Edgewater Resources, LLC. He can be reached at gweykamp@edgewaterresources.com or by phone at 269-408-6562.