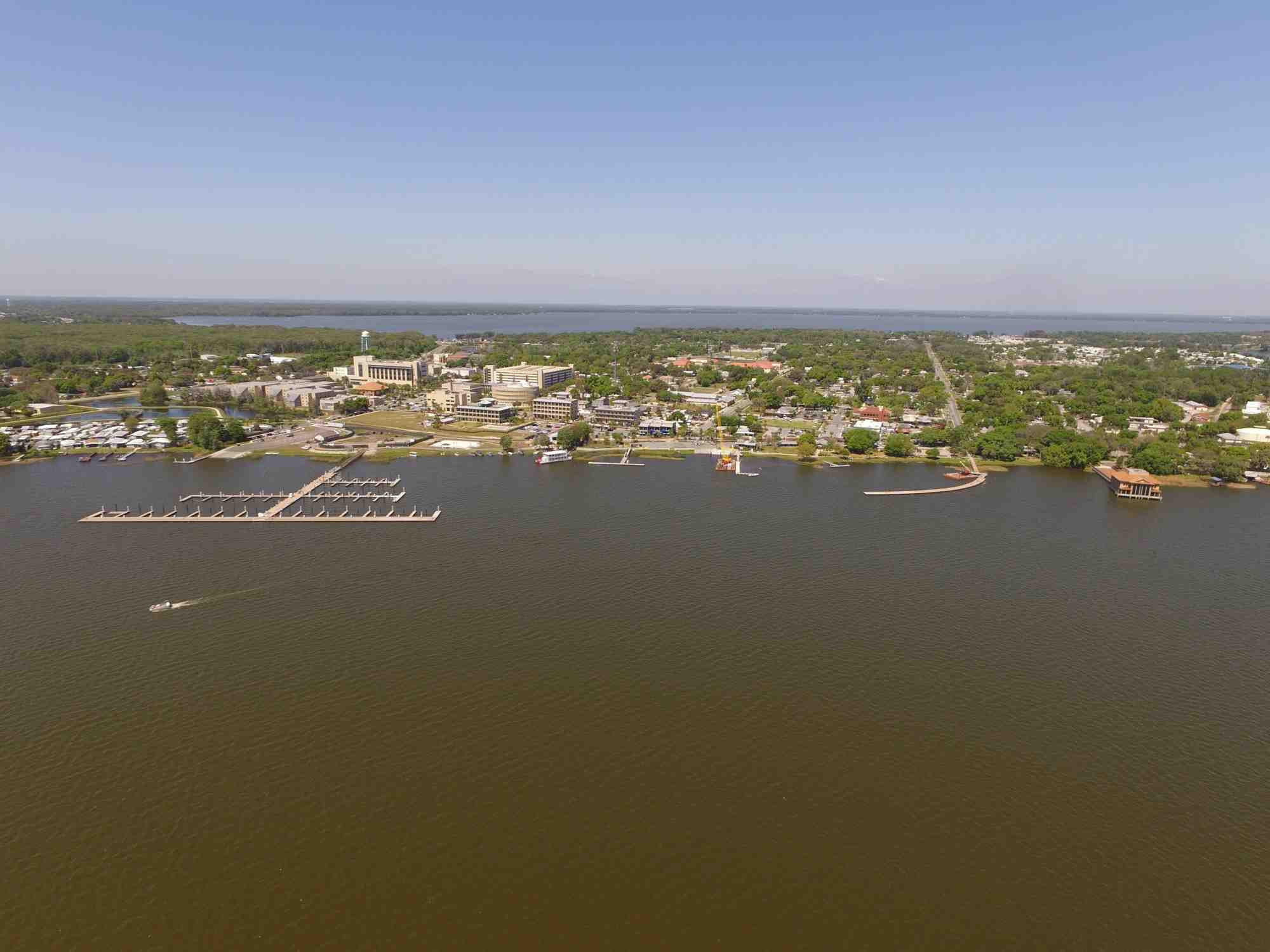 The City of Tavares, Florida, calls itself “America’s Seaplane City.” But the City lost its seaplane base and marina when Hurricane Irma hit in September 2017. As of late May 2021, however, the City is ready to welcome both planes and boats to the completely rebuilt Lake Tavares Seaplane Base and Marina.

The facility is located on Lake Dora, which is linked by canals to Lake Eustis and to Lake Harris. Before the rebuild, the marina had 85 slips and 600 feet of linear dock that were used by transient boaters and seaplanes. However, the marina could only accommodate about 40 boats because the slips had been designed for the narrower antique boats that are popular in the area. They couldn’t accommodate more modern boats, like the pontoons that many boaters prefer today. The old facility also included a ramp used by both boats and the amphibious seaplanes. (About 85% of seaplanes are amphibious, so they are able to come out of the water and park on land.)

None of these in-water facilities were spared when Irma stormed through. “The docks were piled on top of each other,” said Bob Tweedie, economic development director for the City of Tavares. “Most boaters had heeded the warnings and taken their boats out of the water, but the 20 or so that remained were piled into a “boat ball” on the lake shore.”

Cleanup operations and rebuilding plans started almost immediately. The City worked closely with its insurance underwriters, which included Lloyd’s of London and AIG. “We talked about how we were going to move forward, and we ultimately decided that a design/build would be the best way to proceed,” said Tweedie. This approach would speed reconstruction because there would be just one bid process instead of separate ones for design and for construction.

Haskell Company from Jacksonville won the award in January 2018, but it took two more years for the City and the contractor to negotiate a design and a cost for the insurance settlement, and to get all the necessary approvals from the Army Corps of Engineers. The City finally signed the building contract with Haskell Company in March 2020, just about the time the pandemic hit. The contractor then spent several months lining up subcontractors and gathering supplies. Actual construction started in November 2020, and was substantially completed in mid-May 2021. Funding came primarily from the insurance settlement; the City had to pay only 2% of the costs.

“It took us three and a half years to be able to do six months of work,” said Tweedie.

The new seaplane base/marina was worth the wait. “We have a beautiful, 80-slip marina, with 680 linear feet of docks, and a 340-foot-long curved transient seaplane and boat dock,” said Tweedie. Seaplanes and boats no longer have to share a single ramp; in the marina’s new design, there are separate ramps for each.

The main dock extends 680 feet out from the shoreline and has a quay at the end. The fingers come off of it towards the shoreline, and provide three sizes of slips — 35 feet, 25 feet and 20 feet. The new lighted slips, which are wide enough to accommodate 80 boats, offer 30- and 50-amp electrical service, water and a pumpout station.

The transient dock and a fuel dock were designed with helical anchors that go down into the lake bottom and are tensioned to hold the docks in place. “We don’t want any pilings, because wings and pilings don’t mix very well,” Tweedie added. The new docks are made of aluminum with composite floats.

Tavares’ upgraded docks are designed to better withstand hurricane-force winds, Tweedie said. The previous docks were lighter weight and were not hinged in a way that allowed them to move independently. The new docks, built by Ronautica Marinas in Spain and shipped to Tavares, are made from a higher-grade aluminum and have better pilings and connections.

The marina offers 20 slips for rental and club boats and 60 for boat owners. The new slips are filling fast; they are being made available first to previous slip holders, and then to the 70-plus people on the waiting list. The marina is also home to a new paddle-wheel style boat that will be available for rental and special events.

The Tavares Seaplane Base and Marina officially opened on June 1, but the City has postponed the grand opening celebration until sometime this fall. That will give it time to work out any kinks in operations, and will allow the City to celebrate during the beautiful fall weather.