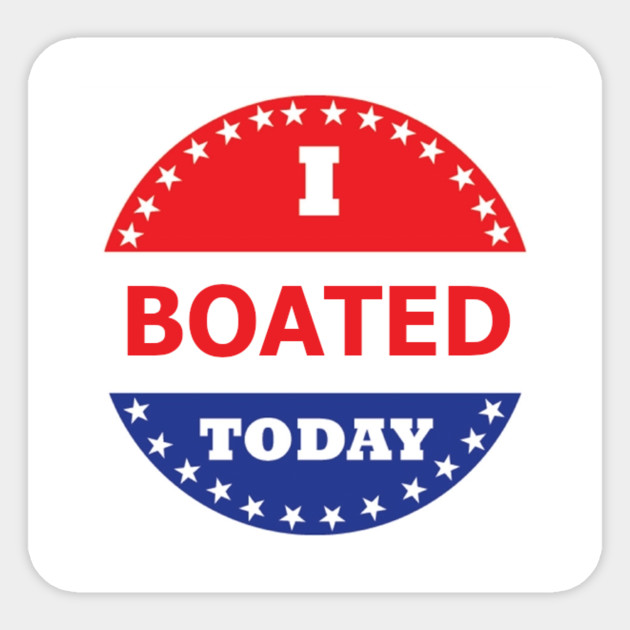 The Politics of Boating

Politics is not something many of us really like to talk about, and about the last thing we probably want to think about when messing around with our boats – particularly as we seem to fall into an increasingly hyper-political world. But have you ever stopped to think about how your vote will affect boating?

Okay, I do realize that most candidates, and particularly those running for higher offices, are probably not tailoring their campaigns to specifically woo the boater vote, so figuring out which candidates are best for boating may not be too easy. And there may even be some other issues that some of you may weigh more heavily than boating – as hard as that may be to believe!

Who is running the government at every level does matter, as does making sure those who are running it know what matters to you. One of the times you are most likely to get some attention is when someone is looking for your vote. Take advantage of it.

It is also no secret that the laws and regulations regarding boating are flowing at a fast and furious pace. Most start with a meaningful concept, but over time many have been interpreted, expanded and compounded to become onerous and regressive, and, unfortunately, often dismally fail to foster their originally intended purpose.

A good example in the U.S. might be the Federal Coastal Zone Management Act (CZMA), which in its original form was a far reaching piece of pro marine dependent legislation that sought to maintain, foster and expand recreational and commercial boating, while also protecting the environment and balancing competing waterfront uses.

But as regulators and lawmakers change, so have the results.

One of main goals of the legislation was specifically aimed at maintaining water dependent uses such as marinas, boatyards, service areas, fishing ports, etc., and preventing them from being pushed out by other more profit making opportunities. Yet in most developed countries, the number of marinas and boatyards has actually shrunk dramatically. Hardest hit have been the ‘mom & pop’ and smaller facilities.

Regulators have been handing down more and more restrictions and operating requirements. Again, most with laudable goals, but without considering practicality and cause and effect temperance.

At the same time, the same regulators and lawmakers are gutting the CZMA by eliminating scenic vistas and marinas and boatyards along the waterfront.

This is especially true within urbanized areas. It is being accomplished through various means, including by zoning changes, eliminating height restrictions, creating special use districts, subsidizing brownfield developments and fostering gentrification.

Today medium to high rise residential real estate plays at the waterfront are increasingly the norm, not the exception. They have driven up real estate values exponentially.

The result for medium to small marinas and boatyards is that one’s facility often is worth more dead than alive. The facilities are struggling to economically stay in business, but if they sell out to developers, they can earn more from that transaction than they can from many years if not decades of operations.

When this is raised in the public forum, we find two major trends – most are not even conscious of the change and the longer term effects of privatizing the waterfront; or, there are those who feel the government cannot afford the infrastructure or cleanups, so they need to partner with and subsidize private development.

So what we often seem to have in government is a dual standard. Something we try hard to make sure our children do not fall victim to.

And then comes the rationale from many planners that … well, we got a lineal park as a buffer and a few slips – that’s enough.

So what does my moaning have to do with elections? EVERYTHING!!
It is your opportunity to flush out (pun not intended) where candidates stand on the future of recreational boating and water dependent uses. Your vote has more impact than you might believe. Creating public discussions, having candidates really think about the issues and commit to proactive approaches is extremely meaningful to the future of boating and related waterfront development.

And for those reading this who might think I’m not pro development, my day job for decades has been representing waterfront projects. And we are quite proud of our record of understanding and opening up scenic vistas, and allowing meaningful marina expansions, while at the same time providing low rise mixed use complexes that enhance the community and the waterfront, not block it off.

But trying to expand a marina is worse than having one’s tooth pulled without Novocain. The process is long, costly and burdensome.

In the U.S., historically Connecticut and California are perhaps the most progressive at fostering marine dependent uses. But, like many other regions in the world, the tide has turned from encouraging development to only allowing marinas to keep what they have, maybe, and no expansion.

If we all take the time to talk with candidates, it WILL make a difference.
Unlike many industries, the boating industry has most often been a reactive industry as opposed proactive. While there has been some notable progress in some cases, it is unfortunate that our trade associations and other organizations do not allocate more resources to this effort.

But all of us as voters have the ability to make our voices be heard, whether it is a one-on-one with a candidate at the national down to the local level, or even when it comes to those running our various associations – ALL ARE IMPORTANT! For unless we do, marinas, boatyards and other water dependent uses, will fast become an endangered species.

I recently came across an article on Mashable.com telling the story of a dad who had told his young daughter he needed to go out because he was going to vote. When he got back home, sporting his ‘I Voted Today’ sticker, his daughter was in tears, “Dad, why didn’t you take me?” So the dad said he was sorry and that since she was so unhappy he would go back out with her, thinking this would be a great civics lesson. And while his daughter did find the whole thing interesting, she finally grew impatient and asked, “Dad, when are we going to get to the boating, you said you were going out to boat!” which is why she had been so sad. Now that’s a sentiment I can certainly relate to.
Have you boated today?