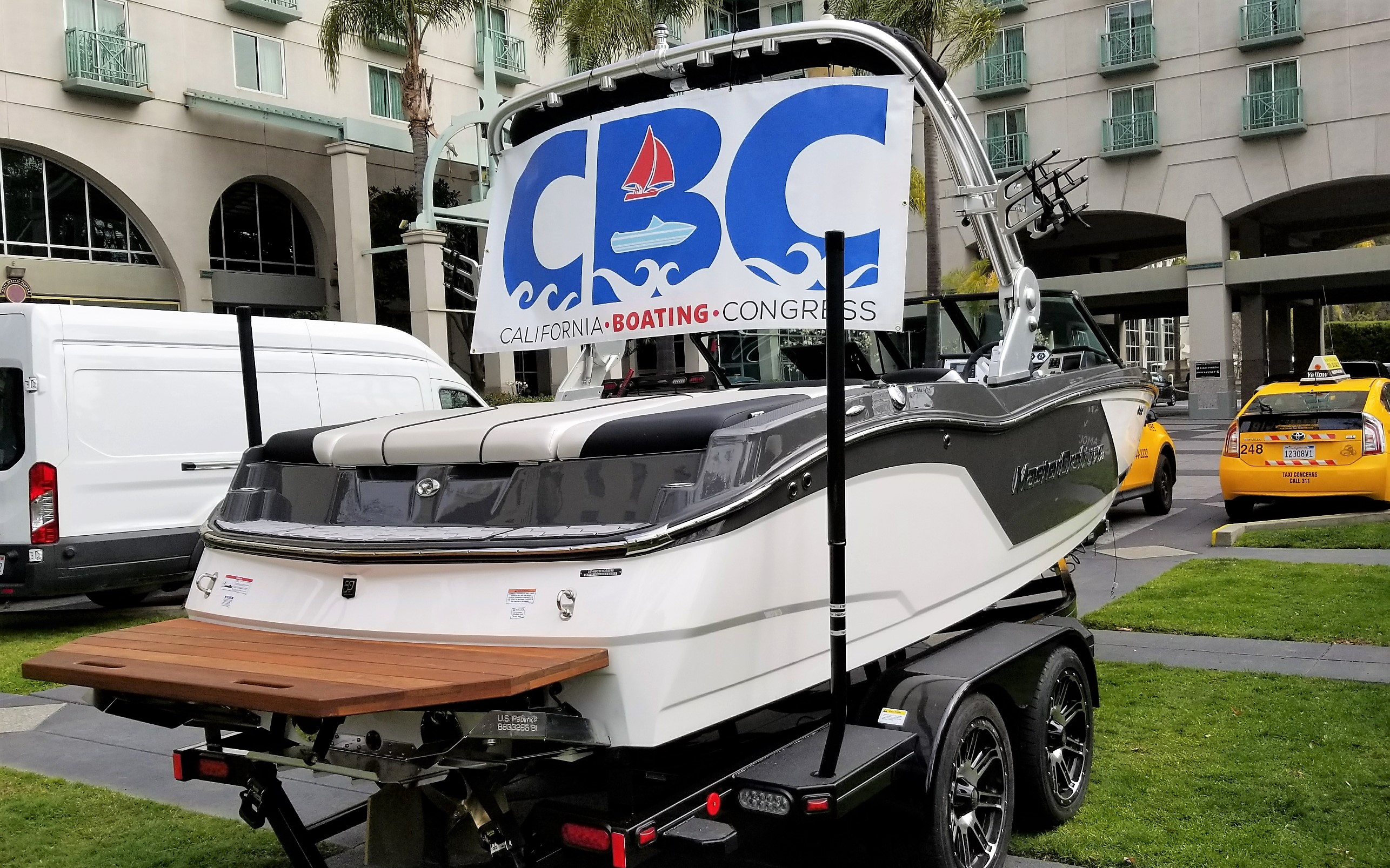 With a list of key legislative issues and a determined focus on the future, California marine industry and boating advocates came together on February 28 to impress upon state legislators and regulators the importance of recreational boating in California.

The event kicked off on Tuesday, February 27 with an evening welcome reception at the Sacramento Hyatt Regency Hotel, sponsored by Boat US, National Marine Manufacturers Association (NMMA) and Bellingham Marine. Nearly half of the registered attendees came early to network and discuss common boating industry interests over hors d’oeuvres and beverages, setting an optimistic tone for the next day’s conference and meetings with legislators.

“It’s great to see interest in the California Boating Congress increasing every year,” said Mark Sandoval, president of the Marine Recreation Association (MRA). He welcomed more than 80 marine industry and recreation advocates to the Congress on Wednesday morning.

California state regulatory agencies also participated in the morning meetings with a number of representatives from the California Department of Parks and Recreation, Division of Boating and Waterways, Department of Fish and Wildlife, and California State Lands Commission, emphasizing a positive and cooperative attitude working with the CBC and industry interests.
Sandoval thanked all of the co-hosts and sponsors, and opened the conference by reminding participants that the CBC’s purpose was not to confront legislators and regulators, but rather to educate and engage them in a process of cooperation to improve recreational boating in the state.

“We are a diverse group gathered here because we all have a passion for recreational boating,” Sandoval said. “And we are here at the CBC because we also recognize there are forces in Sacramento opposed to our industry and enhanced boating recreation. All of us gathered here want to make a difference in how our regulators and legislators view recreational boating, and the impact it has not only on our industry but the state economy as a whole.”

Robert Newsome, NMMA vice president of engineering standards, membership and association marketing, followed Mark with a keynote speech on Boating & the Economy in California. Newsome noted that one of the misconceptions held by many legislators is that boaters are all wealthy, when in fact, 95 percent of boats in the U.S. are small towable boats under 26 feet, and 62 percent of boat owners have annual household incomes of less than $100K. In California alone, there are more than 697,400 registered boats, and the recreational boating industry provides an annual economic impact of more than $8.9 billion supporting 48,465 jobs at 3,062 business in the state. Newsome also reviewed recent trends in the industry showing that growth is returning again after the great recession, but with some changes in certain market sector activity.

After the coffee break, this year’s CBC provided attendees an expanded opportunity to learn more about critical issues and programs affecting recreational boating in the state with three 40-minute periods offering a choice of topics during each session.

Session 1 covered various efforts and programs that are being successfully developed and utilized by the Recreational Boating and Fishing Foundation to grow and enhance recreational angling and boating. Sheri Pemberton from the California State Lands Commission, discussed the state’s abandoned vessel removal program, and existing grants and cleanup efforts. And Navi Dhillion, attorney, Morrison & Foerster LLP, reviewed the heavy burden and the many agencies involved in regulating the marine industry, and discussed ways that the industry could mitigate the regulatory over-reach and abuses that often occur.

The second period included a session with state Division of Boating & Waterways (DBW) Commissioners Katherine Pettibone and Doug Metz, who reviewed the evolving policies and priorities of the new DBW as it is integrating into the Department of Parks and Recreation. They also briefly discussed the implementation of the first “Boating Needs Assessment” study since 2000, to be done by Sacramento State University. In another session, Greg Gibesen, president, Recreational Boaters of California, discussed the requirements and roll-out of the California Vessel Operators Certificate starting this year. Robert Newsome and Dean West from the NMMA and CYBA laid out some of the industry strategies being employed to grow and enhance the recreational boating economy in California.

During lunch on the fifteenth floor of the Hyatt Regency, Gladfelty again reviewed the afternoon legislative visits schedule and parameters, and attendees then converged on the state legislative offices for a series of meetings with individual state senators and assembly members.

This year’s CBC was very effective in bringing the concerns and interests of the marine industry and recreational boaters to the state regulators and legislators, but the recreational boating industry in California continues to be under pressure from opposing advocacy groups. Events like the CBC can only help to level the playing field for the industry, and those who relish a day on the water.

The 4th Annual California Boating Congress is already in the planning stages and promises to be another worthwhile opportunity for boating enthusiasts and industry concerns to meet with state regulators and legislators to discuss the impact of regulations, policies and planning that effect recreational boating and marine interests in the state. For more information about this important event go online at www.calboatingcongress.com or call Mariann Timms at 209/334-0661.