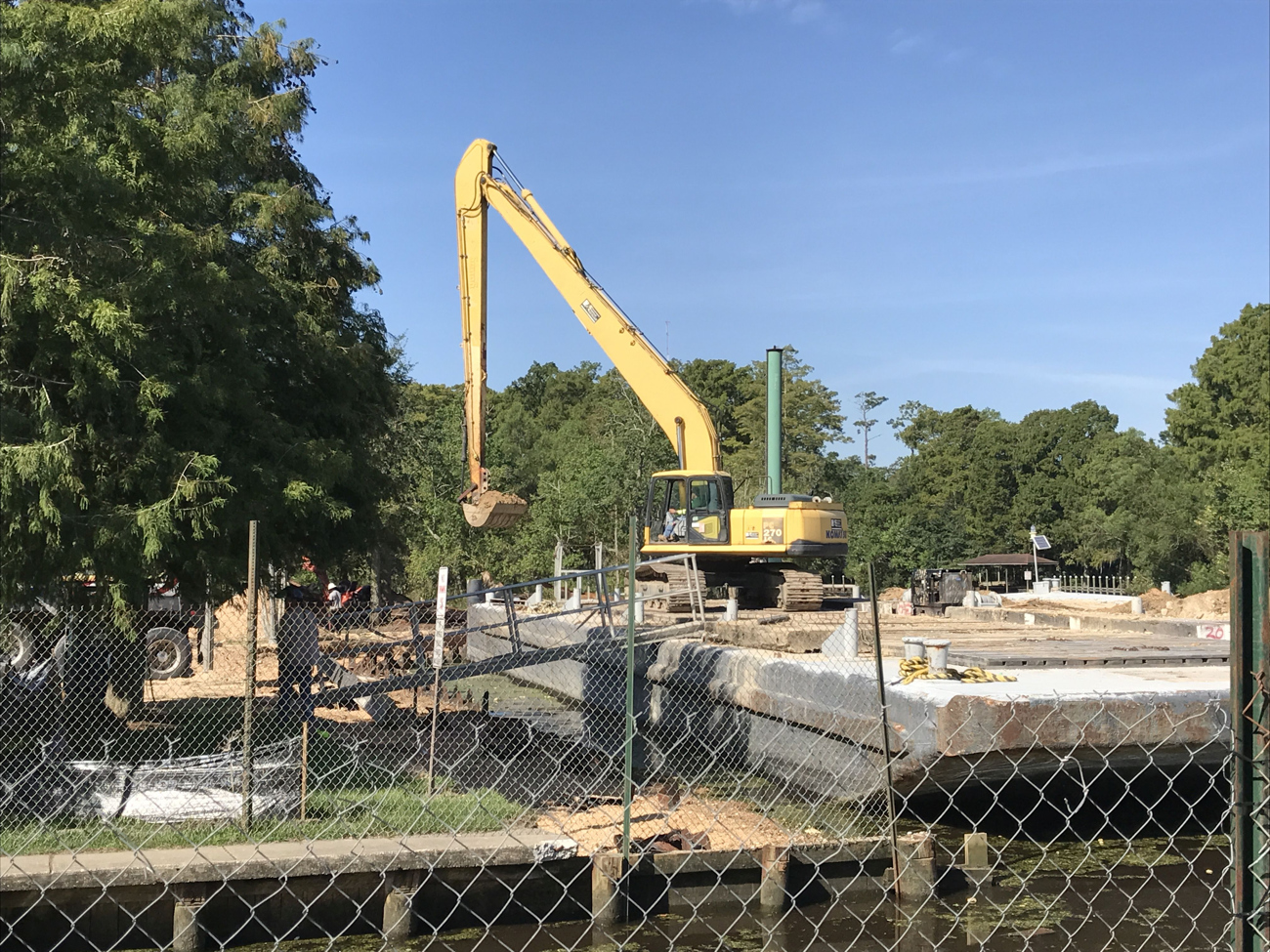 The City of Slidell, Louisiana, had hoped to welcome boaters to its new marina in early spring 2017. But the project, which will bring 40 new transient slips to the city’s Heritage Park, got bogged down in paperwork, and construction did not start in 2016 as the city had planned.

But now, almost a year after the original construction start date, general contractor Gil Crane Service has begun ripping out a 1980s deteriorated bulkhead and the sidewalk along it in preparation for the placement of new sheet piles. As work progresses this fall, workers will install a new bulkhead with almost 1,000 feet of concrete lay-along dock plus more than 500 feet of floating dock that will feature nine floating slips. The work, which started in August, is expected to take about nine months, so the new slips will be available in the spring of 2018. Marinetek is building the floating docks at its facility in St. Petersburg, Florida.

The slips will all be for transient boaters, since Slidell is paying for part of the construction with a $1.5 million Boating Infrastructure Grant that it received from the U.S. Fish and Wildlife Service back in 2012. Another $900,000 will come from the city’s treasury. The slips will include electric and water service and restroom and shower facilities.

Slidell City Councilman Bill Borchert, who has spearheaded the efforts to build the new slips, said that visiting boaters will be able to enjoy concerts at Heritage Park as well as the many local restaurants that are within easy walking distance.

“It is the perfect location, so I expect there will be a bunch of rendezvous clubs coming to use it,” he said. There’s already been a lot of interest. “We have been working on this project for five years, and now that construction has started I’m constantly getting calls from people asking ‘Is the work actually beginning?,’ ” Borchert said. He is happy that he’s finally able to give a positive response.