Editor’s Note: The Marina Dock Age Annual Marina/Boatyard Survey was opened in August and September. Respondents from across the country answered questions about their facility, operations, revenues, profits, and more. Results from this survey are displayed here and more will run in the January/February issue.The full report will be available on the Marina Dock Age website.

Respondent Profile
Fig. 1A provides an overview of survey respondents. The southern region again provided the most responses with 51.7%, followed by Northeast (29%), Midwest (11.2%), and West (8%). Fig. 1B shows the type of facility respondents operate. The majority of facilities are a combination marina and boatyard or service center (56.1%). Fig. 1C indicates who owns the marina or boatyard. The largest majority, 80%, are privately owned. Fig. 1D breaks down respondents by size with most falling in the under 500 slip range (78.7%). The age of the facilities is displayed in Fig. 1E indicating nearly 70% of facilities are between 26 and 75 years old. Who operates the facility is shown in Fig. 1F. Very few (5%) are operated by government while the majority (79%) are operated by a private entity.

Slip Rates
Fig. 3A shows that 49% of marinas across the country have increased their slip rates while another 50% kept them the same. Breaking down by region in Fig. 3B indicated marinas in the West and Midwest are much more likely to have increased their slip fees (73% and 71.4%) than those in the Northeast (44%) and South(42%). Fig. 3C shows more small marinas held steady on their slip rates (64%), than large (34%). The age of a marina (Fig. 3D) indicated a full 80% of young respondents did not raise slip rates, while the other age groups were nearly evenly split on raising rates or holding them steady.

Maintenance Repair Rates Compared To 2019
Overall, and similar to slip rates. Fig. 4A shows marinas were fairly split on raising rates (46%) or keeping them the same as last year (51%). With just 3% reporting a decrease. Respondents varied a bit by region (Fig. 4B) with the West reporting 78% increased rates and no decrease and the South reporting 33% increased rate and 6% with a decrease. Facility size (Fig. 4C) and facility age (Fig. 4D) indicate that both Large size (49%) and Very Old age (68%) were most likely to have raised rates. 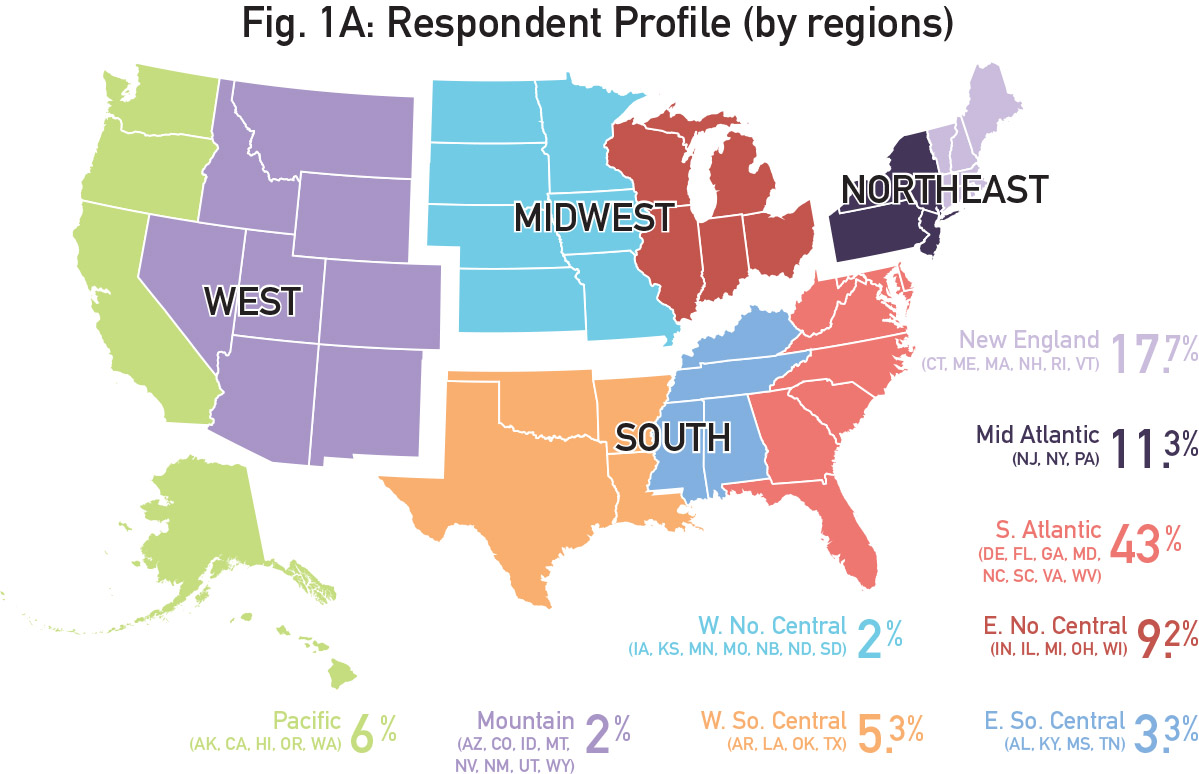 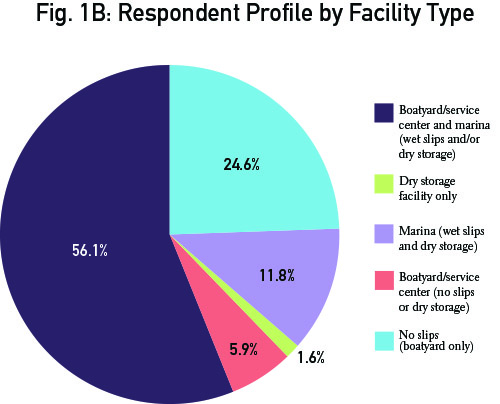 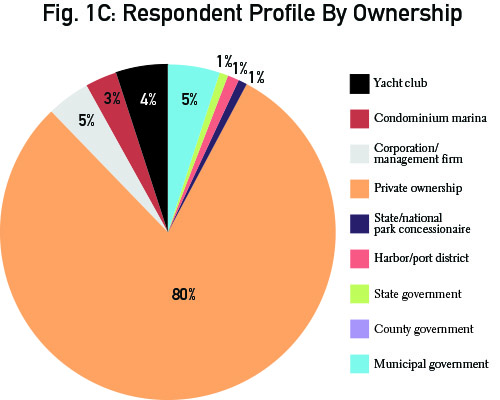 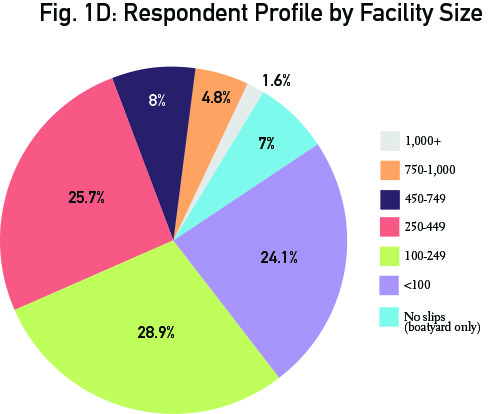 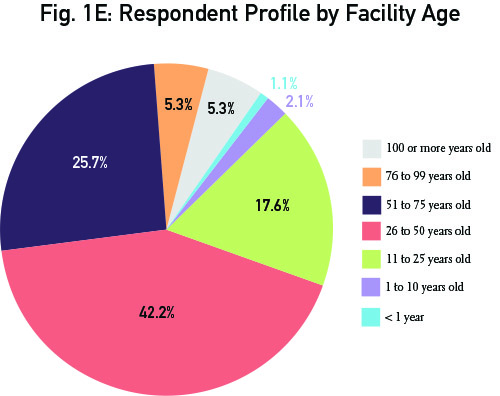 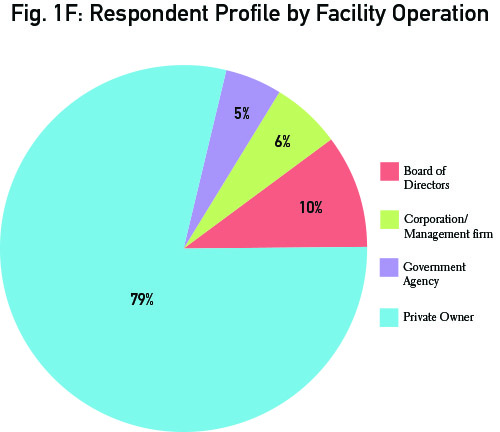 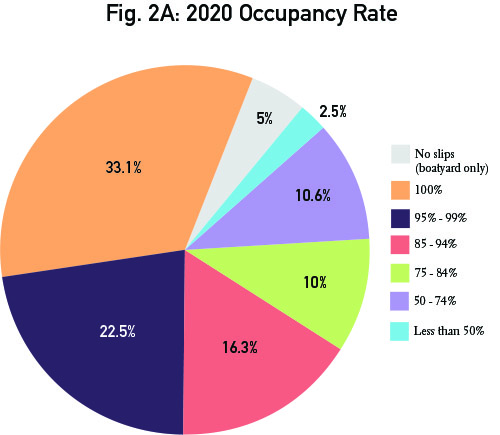 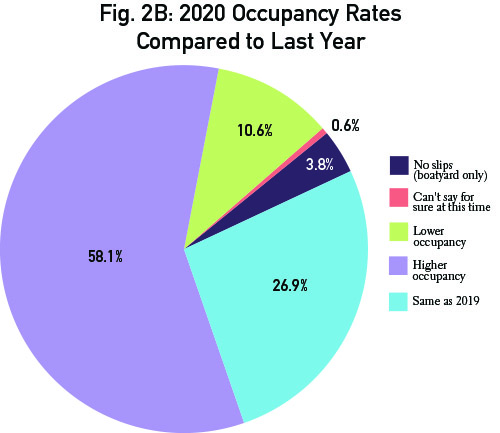 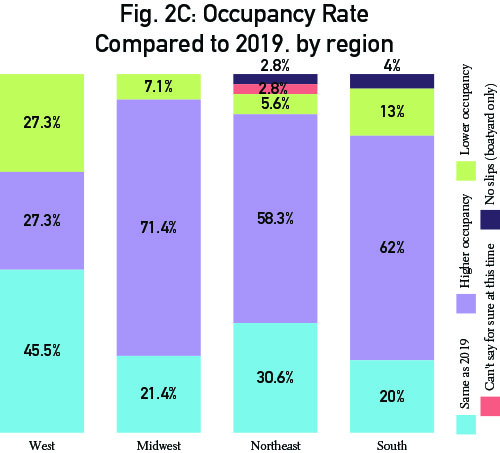 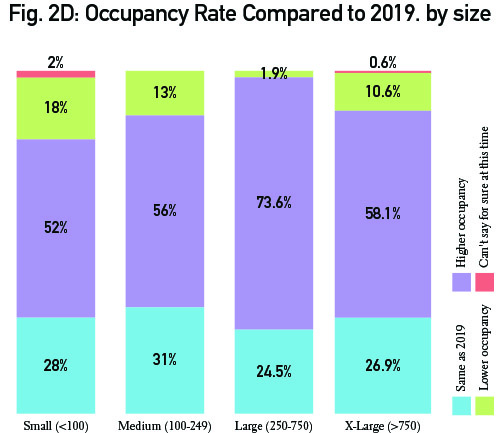 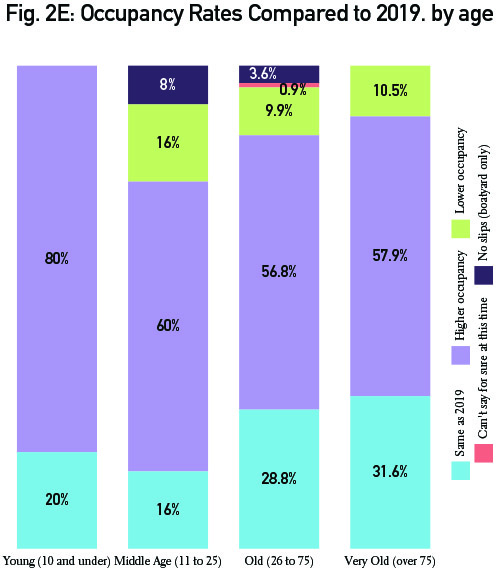 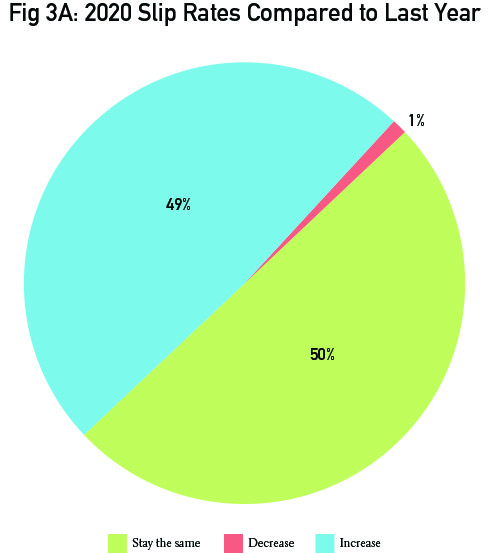 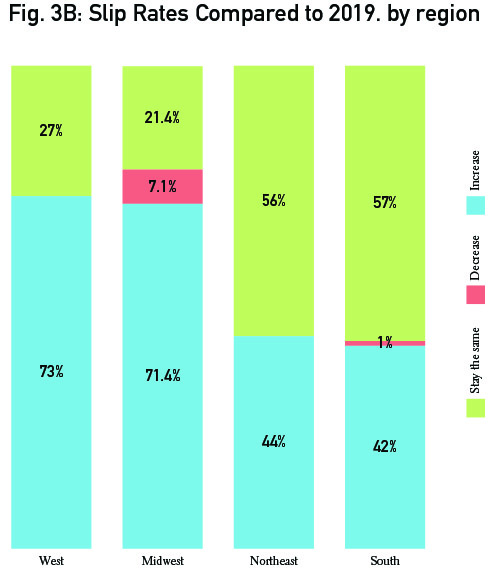 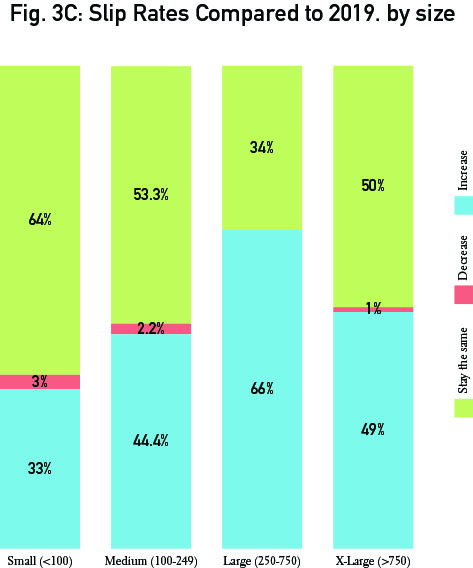 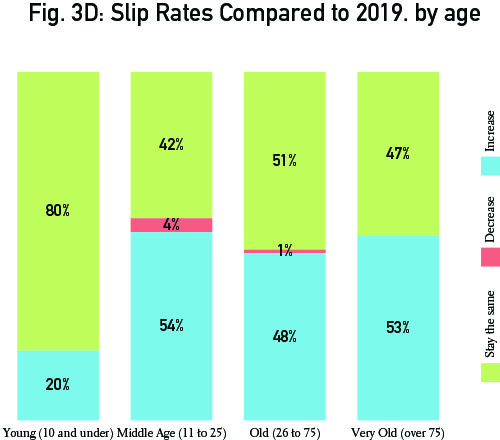 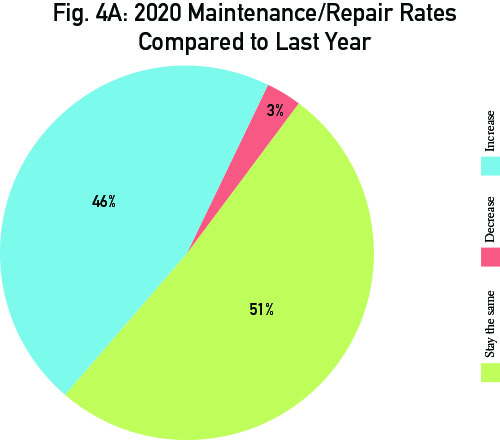 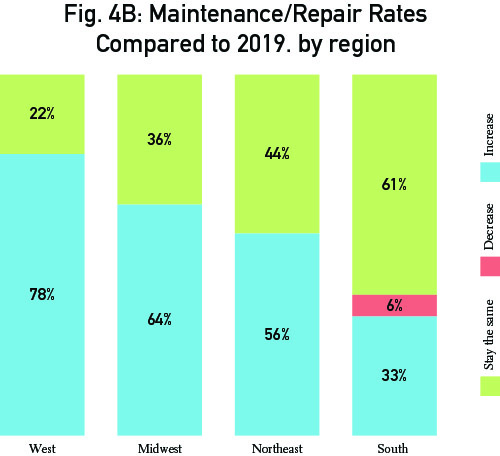 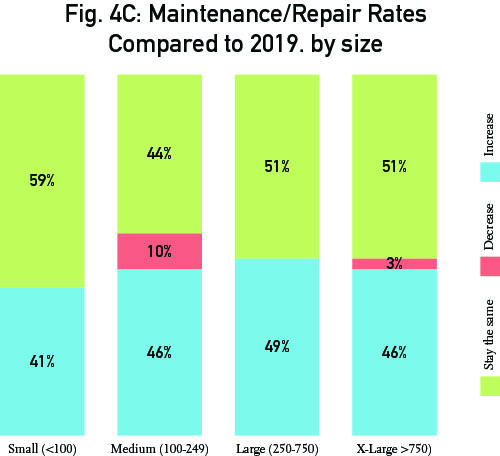 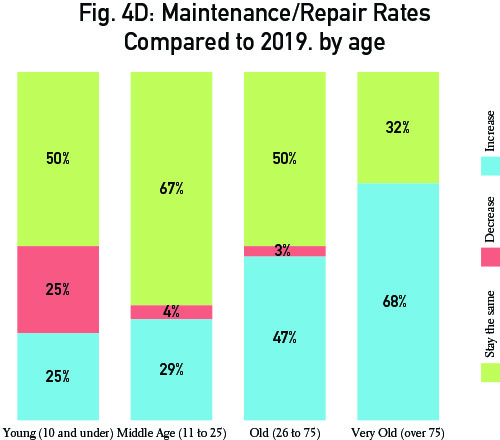