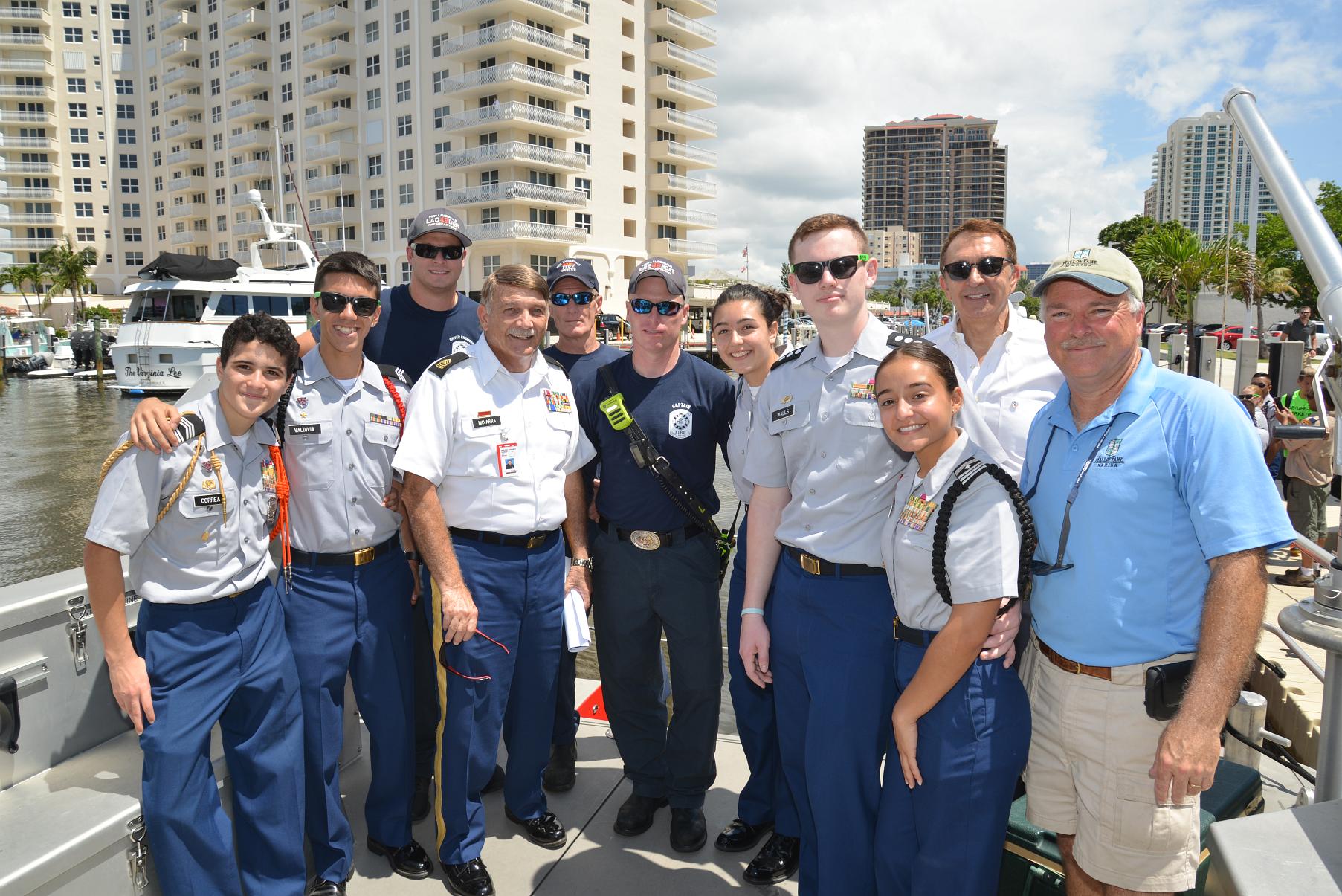 Hall of Fame Marina in Fort Lauderdale, Florida, held its annual National Marina Day event on June 2. Local cub scouts and cadets from Marjory Stoneman Douglas High School (site of the February 14 mass shooting) JROTC, were given a cruise aboard the catamaran “Spirit of Lauderdale,” while the U.S. Coast Guard held life saving drills in the port. The City of Fort Lauderdale’s Fire Rescue and US Coast Guard vessels were on display, the newly elected Mayor of Fort Lauderdale was introduced along with representatives from Operation Aquatic Freedom, and all attendees were provided lunch. A raffle and sponsorship from the event sponsors generated more than $3,000 for the JROTC from Marjory Stoneman Douglas High School.

Washburn Marina in Wisconsin held a boaters’ open house to celebrate the day on June 9. The event included drink specials, complimentary food and live music in its Harborview Lounge and Lakeside Patio.

Looking ahead, Pikes Bay Marina, also in Wisconsin is holding an art show with wine tasting and live music on June 16. Later in the summer, the marina will also serve host riders from a local bike ride and rodeo providing food and a rest area.