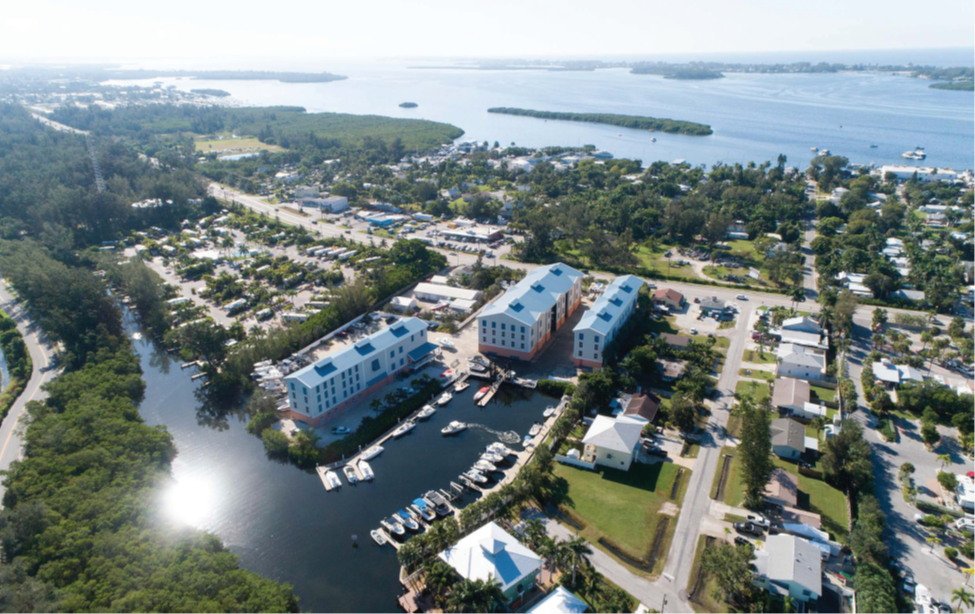 Marina owners should be familiar with the term “cap rate” but many may not know what it means and how it relates to the value of their property?
“When talking to owners, they may have heard the term, but sometimes they don’t really understand it,” said Andrew Cantor, managing director for Colliers International’s Leisure Property Advisors. “We want to educate owners on what cap rates are and why they are important.”

So what is a cap rate? The capitalization (cap) rate is an estimation of the potential return on a real estate investment. Cantor said one way to understand the cap rate is to think of it like the yield on a bond. “It’s the yield that comes off a property,” he said. “It’s the rate of return year after year.”

For buyers, the cap rate is used to compare different acquisition opportunities. Matt Putnam, managing director of Leisure Property Advisors, said about 90 percent of their buyers use the cap rate as the starting point in their comparison of properties. “From there, they consider their risk tolerance, what is most desirable, and what is the upside.”The cap rate is calculated by dividing the NOI (net operating income) by the sale price. The resulting ratio, expressed as a percentage, is the capitalization rate.

For the sake of easy math, Cantor gave an example of a property with a $1 million NOI and cap rate of 10%, resulting in a $10 million value.

So why does the cap rate matter to owners? Dan Grovatt, managing director for Leisure Property Advisors, said using the example above, even a $1,000 difference in NOI translates into $10,000 in value.

When a property goes to market, the owner wants to show as much reproducible NOI as possible. A lower cap rate translates into a higher selling price for the owner.

Cantor said it’s important for owners to also understand that calculating the cap rate involves more than numbers. “It’s not just math,” he said. “There’s much more artfulness to determining what the cap rate should be and how to articulate that to the owner and to the market.”

Several variables can influence the cap rate on a property. As with any real estate transaction, location is a major factor. Cantor said you have to consider not only the market where the marina is located, but how that market is operating.

Putnam said regionally Florida has lower cap rates than other areas, but even within Florida the rates will vary with lower rates on properties in South Florida compared to those north of Route 60. Marinas in large metropolitan or coastal areas may have lower rates than marinas on lakes. Marinas owned fee simple, where facilities aren’t on leased land or water, tend to command lower rates.

But location is not the only consideration. Grovatt said they had two properties located within minutes of each other that had different cap rates due to the other factors involved.

Other factors in determining the cap rate include:
• Revenue sources
• Deferred maintenance
• Expansion possibility
• Excess land that can be developed
• Where the property is in its life cycle (i.e.: ramping up or stabilized)

Revenue Sources
A marina’s revenue sources may include storage and commercial leases, restaurants, service department, slip rentals, ship store, fuel and boat sales.
Cantor said storage centric properties (wet and dry slips) generally get a lower cap rate because they are the most valuable to most buyers. Storage is considered the most predictable revenue stream and typically has the highest margins. When the Bradenton Boat Club went up for sale in 2019, Grovatt said they helped the owner monetize a drystack expansion project that resulted in a record-low cap rate.

Putnam said commercial leases are a desirable revenue stream, but their values can also depend on the tenants and their experiences. For example, if the property includes a tenant that is a well-established restaurant, that’s more desirable than a lease to a restaurant just starting its business.

Deferred Maintenance
Cantor advises marina owners to address as much deferred maintenance as possible, in particular code issues, safety concerns and cosmetic touch-ups. “These are very important to deal with the best you can,” he said.

In addition to any health and safety issues or code violations, Putnam said improving curb appeal will make a good impression on potential buyers. “Make your marina look better without spending a lot of money,” he said, but cautioned about spending more money than you might get in return. “It’s like redoing the kitchen before selling your house.”

Grovatt said owners need to understand the benefits of making capital improvements versus not re-investing in the property. “A willingness to make necessary improvements will benefit the owner when selling,” he said. “A buyer will look at that and it almost always leads to a lower cap rate at the time of sale.”

Expansion Opportunities
Owners preparing their property for sale may not have the money to spend on expansion. However, Cantor said it could be helpful to spend a little money to create a plan showing that expansion is realistic. He stresses being realistic. Don’t tell potential buyers a hotel could be built on-site when the property is not approved for that type of development.

Putnam said it can also be beneficial if owners start the permitting process and get positive feedback from the governing body that must approve changes to the property. “These are the kinds of things buyers can put value in,” he said.

Whether the property has a ground lease can affect the cap rate since the owner doesn’t have control over what may happen in the future. “It’s not the same as having deed control over the land,” Grovatt said. “Leases may have an impact on what can be developed over the years.”

Strategic Analysis
“All these factors can have a dramatic effect on rates,” Cantor said.
The Colliers team often works with owners well before they decide to sell their marina. “It’s really important to do this over time rather than when they’re just getting ready to sell the property,” Grovatt said.

Putnam said knowing the cap rate for a property can be beneficial when it comes to refinancing or if there is a partnership change or even for insurance purposes. While helping the Bradenton Boat Club owner prepare the marina for sale in 2019, the Colliers team realized he was paying a premium about $30,000 to $40,000 higher than properties of similar sizes. They put him in touch with a marine insurance broker who offered a more reasonably priced policy. Grovatt said the savings that went to the bottom line translated to nearly a $500,000 value when the property sold.

“We help them (owners) navigate all the factors and what will impact the value of their property,” Grovatt said. “That’s the value we bring – help in navigating a complex landscape.”

When working with owners, the team conducts “forensics” – a strategic analysis that includes going through the P&L (profit and loss) reports and making sure everything is in line with the market, looking at operations and determining if there are ways to be more efficient, and reviewing and updating as needed.

“We make sure they aren’t leaving any money on the table,” Cantor said. The goal is to see NOI trending upward and cap rates trending downward, creating a higher property value.

When the owner does decide to sell, Grovatt said they look for opportunities to articulate the property’s value to the market and potential buyers. For example, if there is an expansion opportunity with the property, laying that out in a way that the buyer sees the value.

“We look for opportunities to show value,” Cantor said. “We make sure the seller is aligned with what the market will bear. You won’t see us bring a property to market that is not deliverable.”