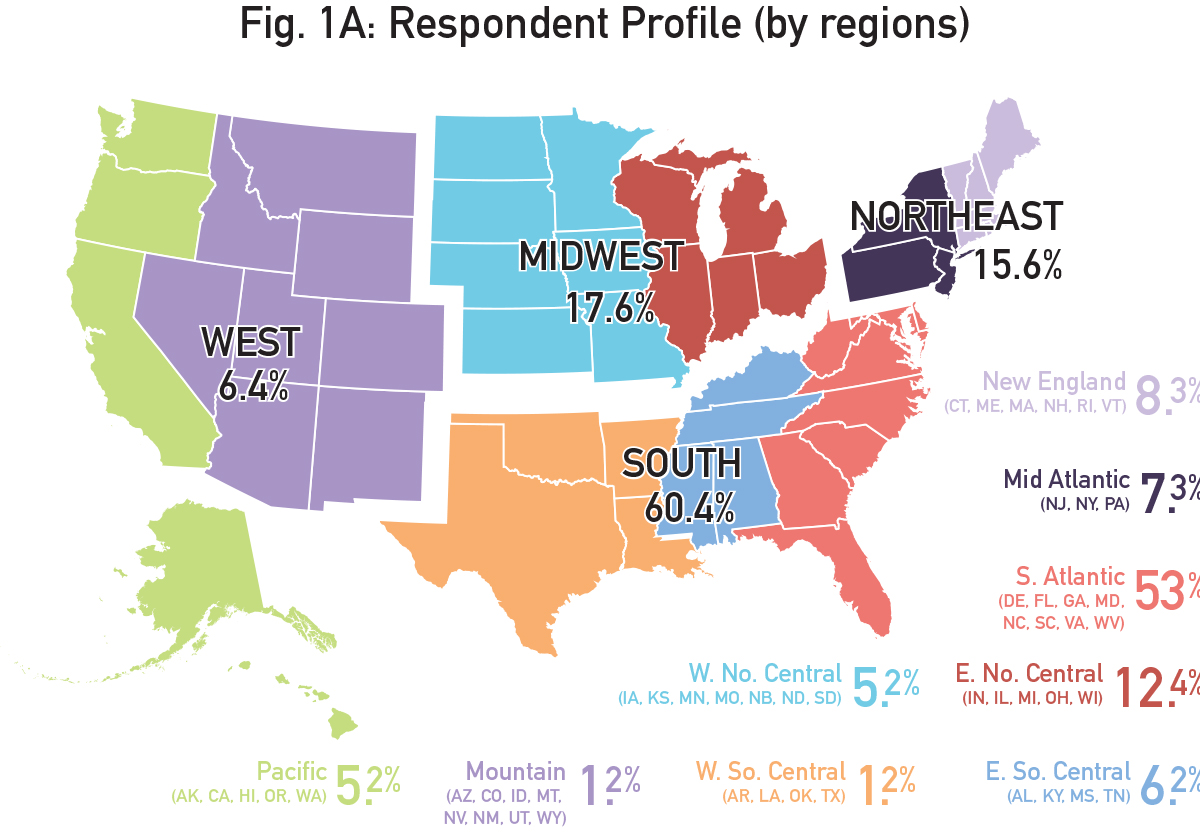 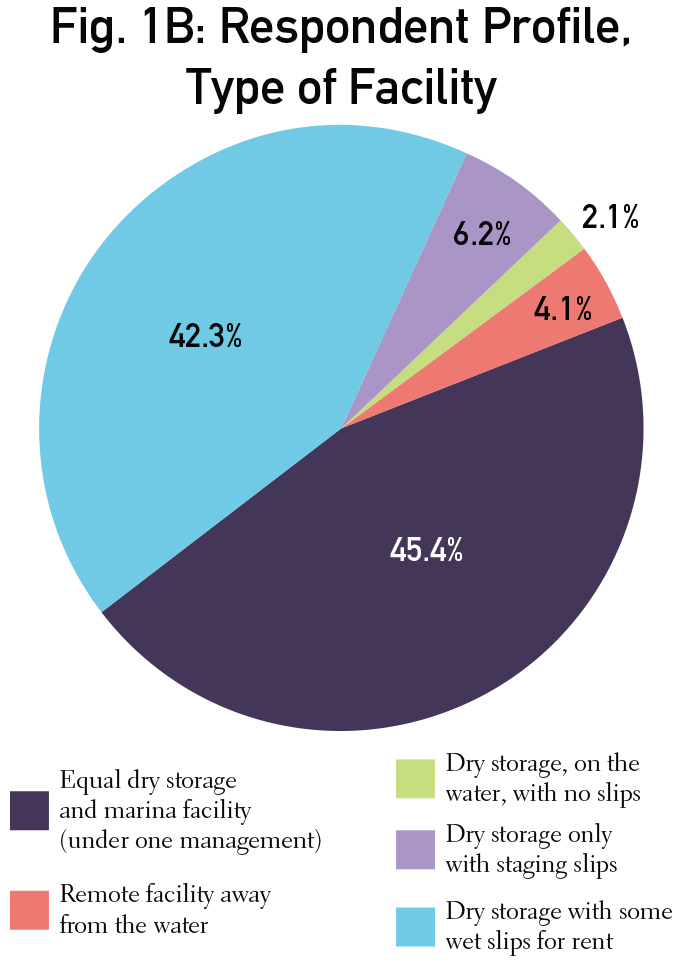 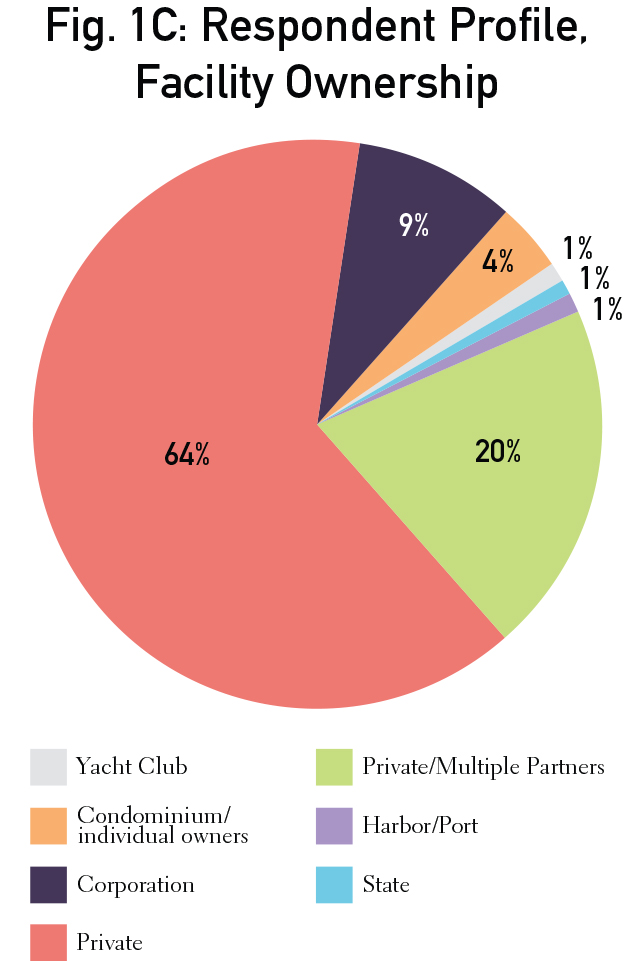 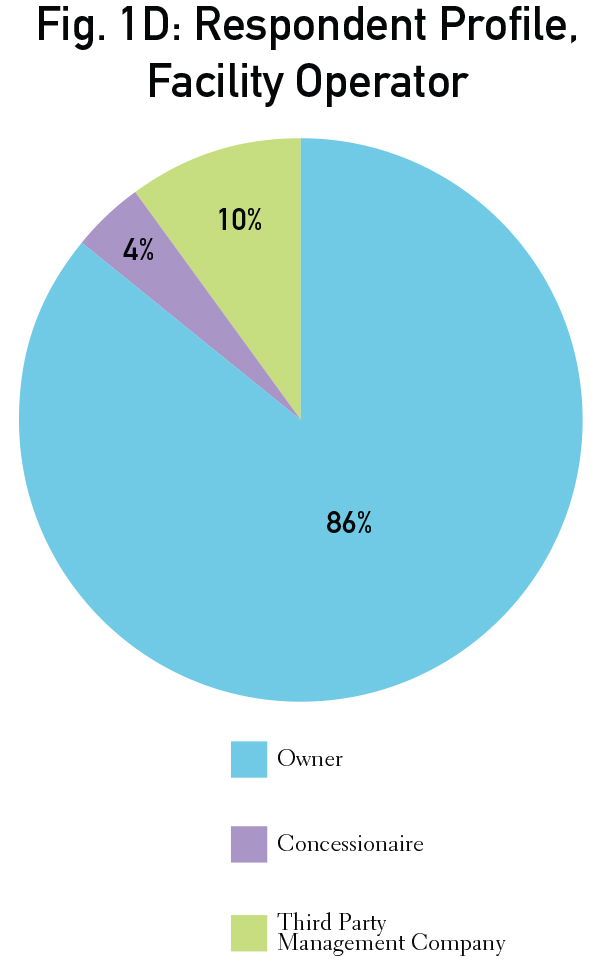 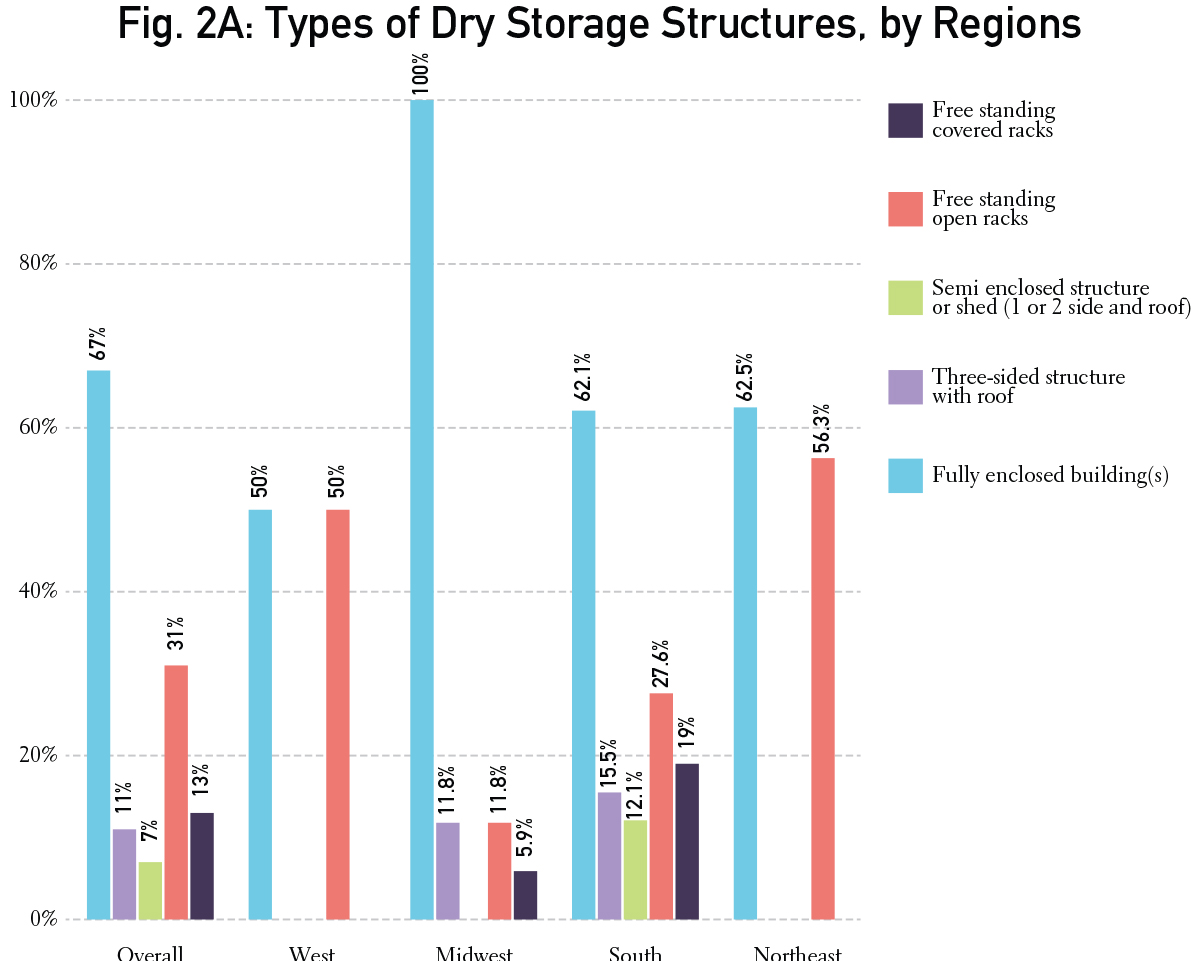 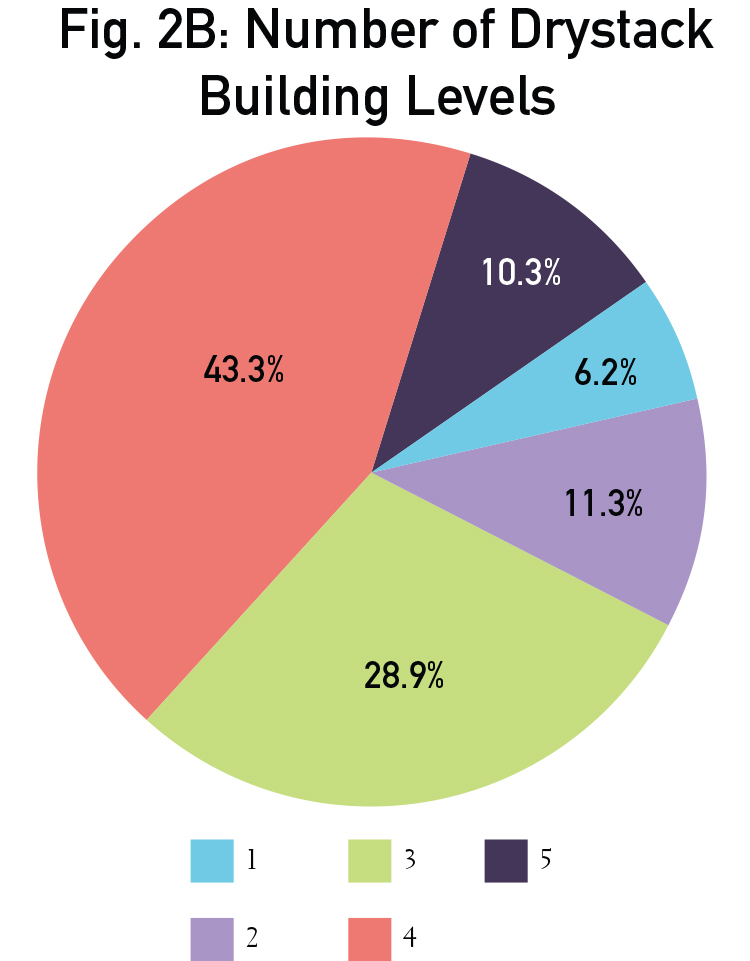 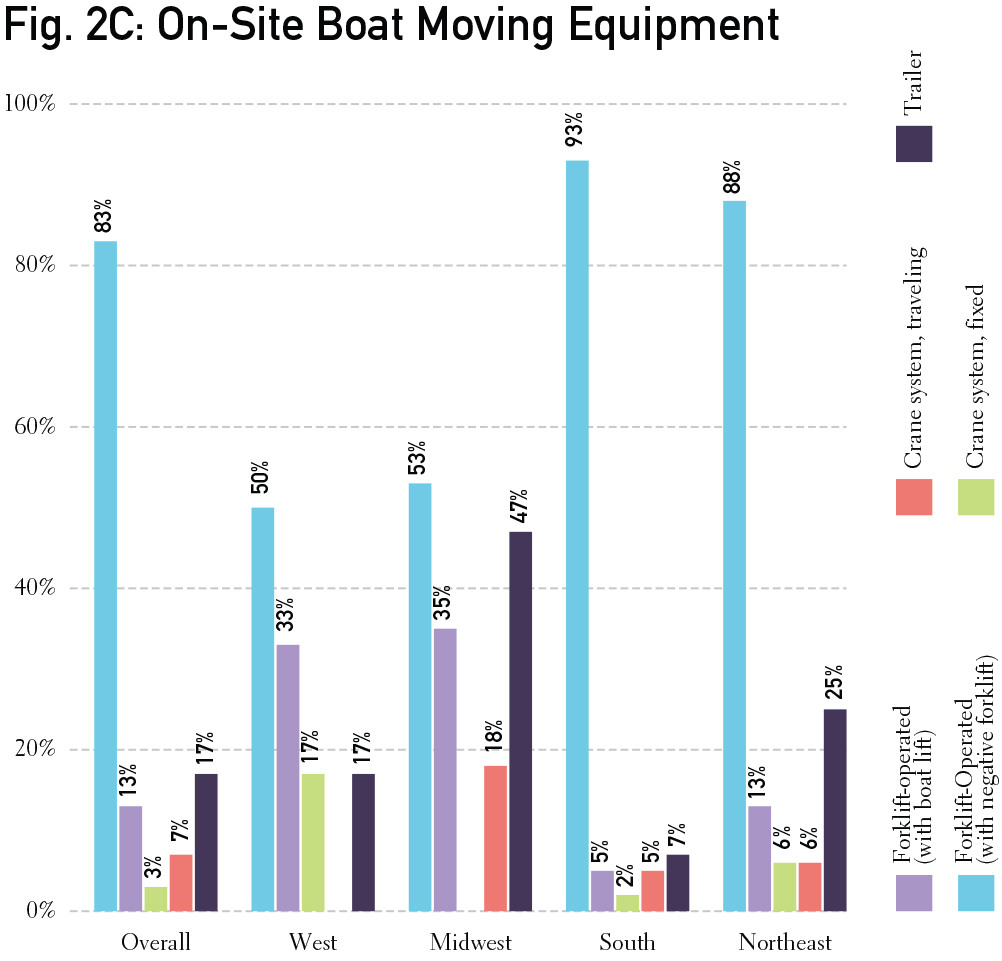 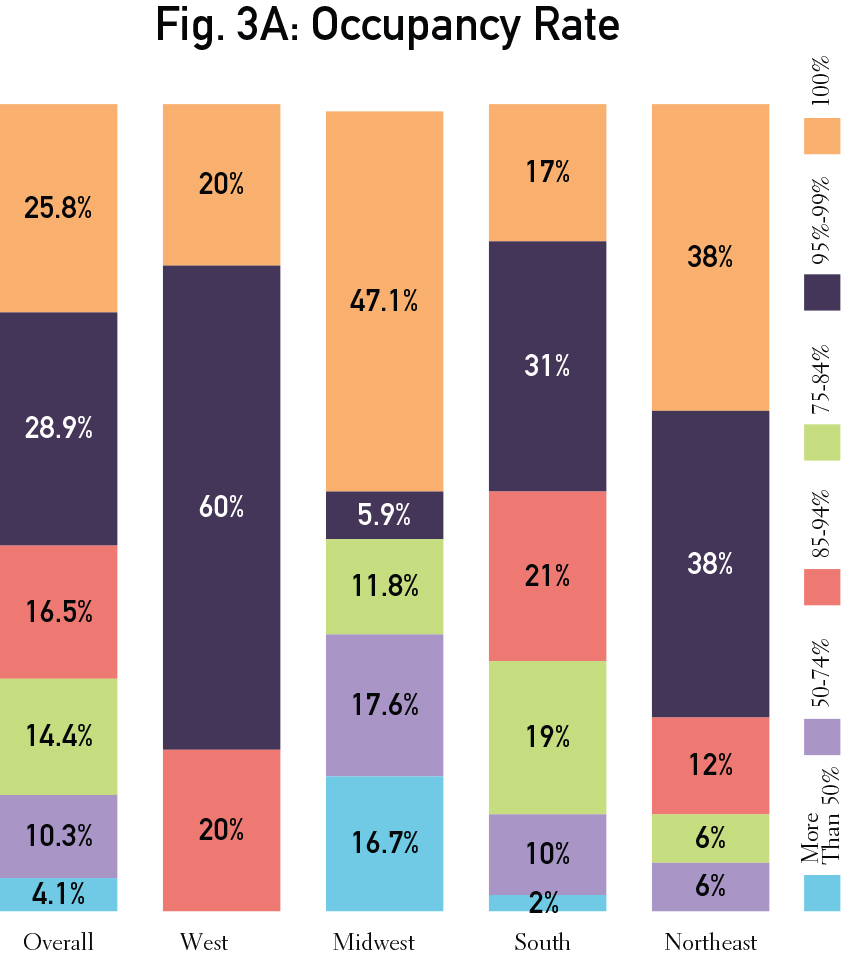 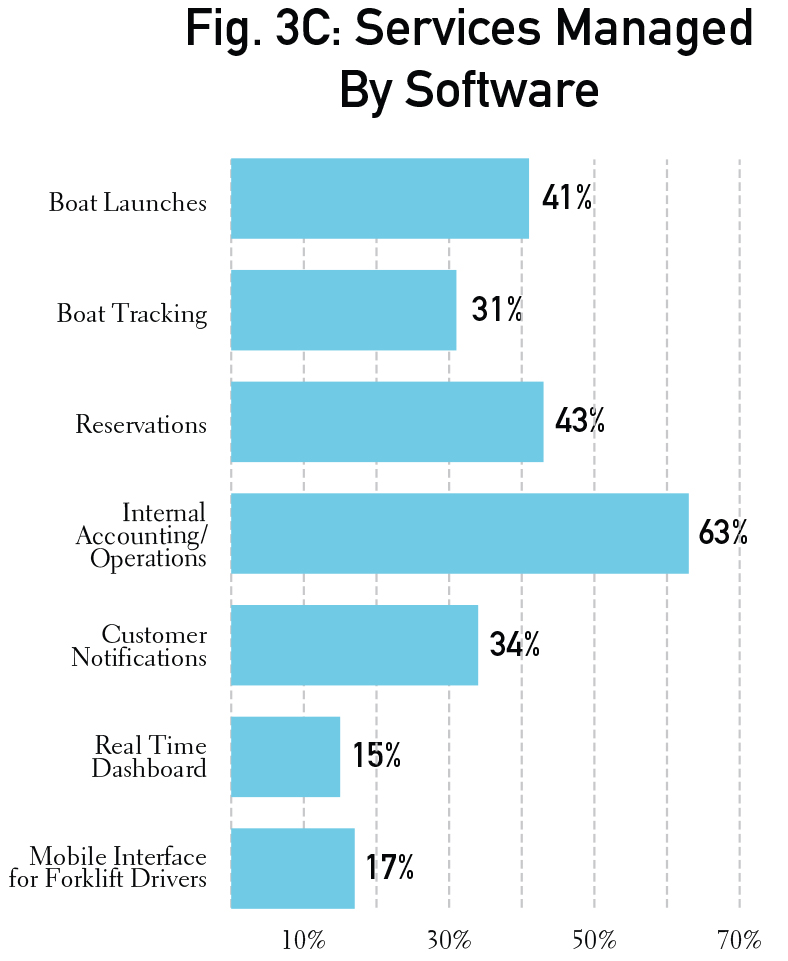 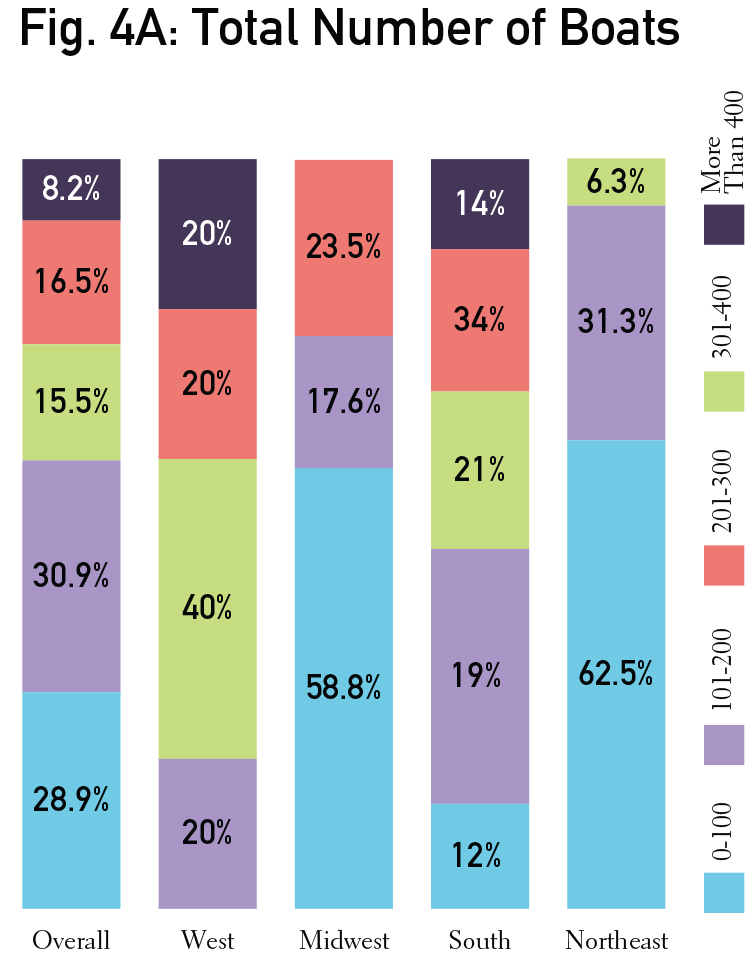 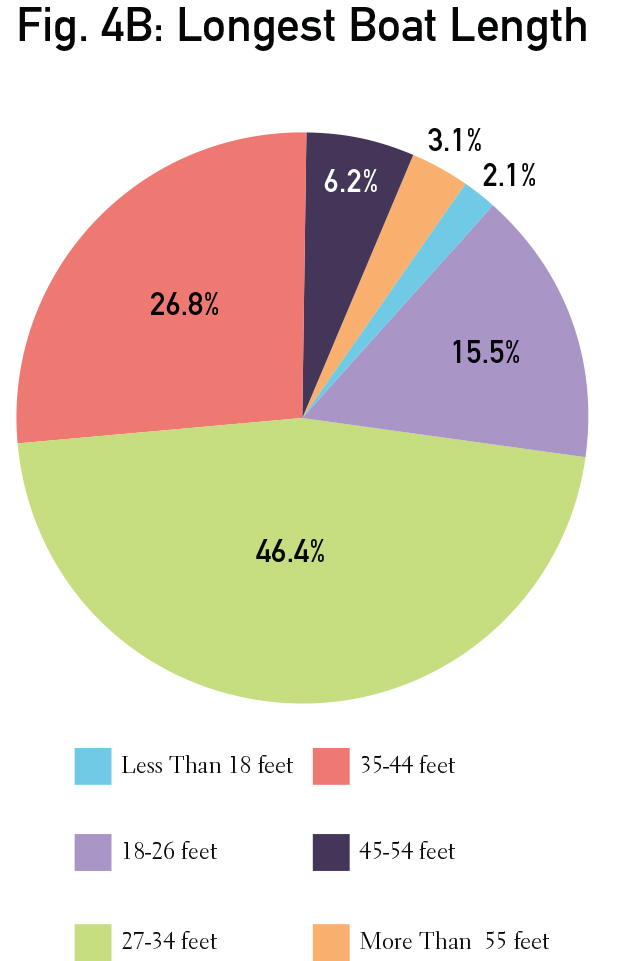 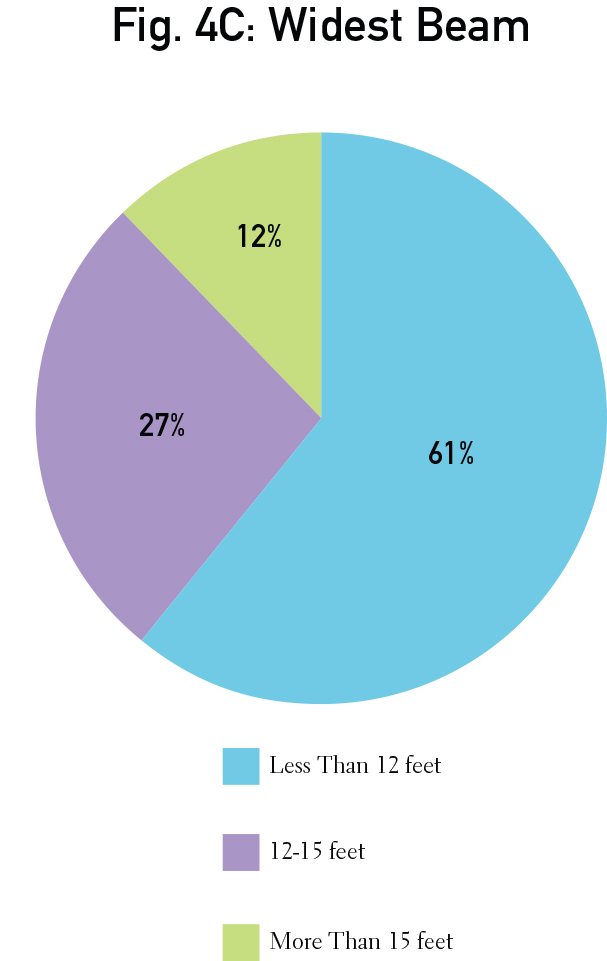 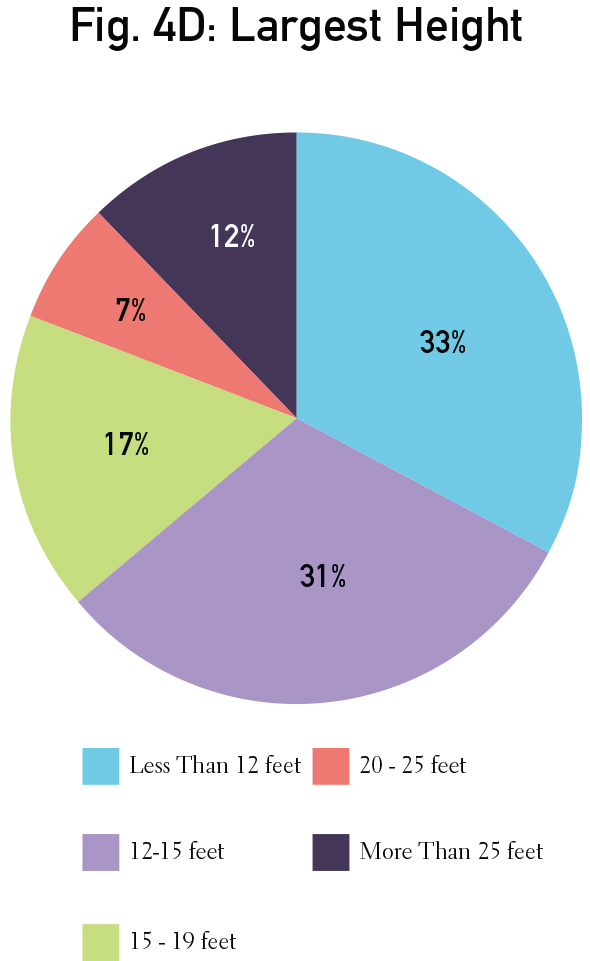 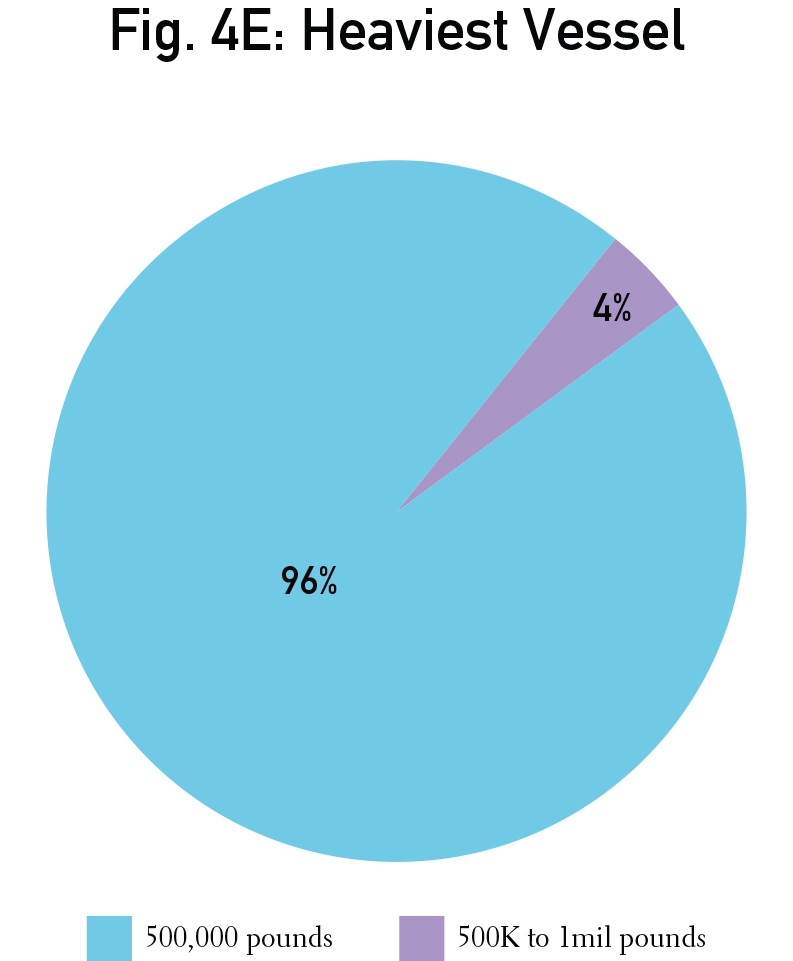 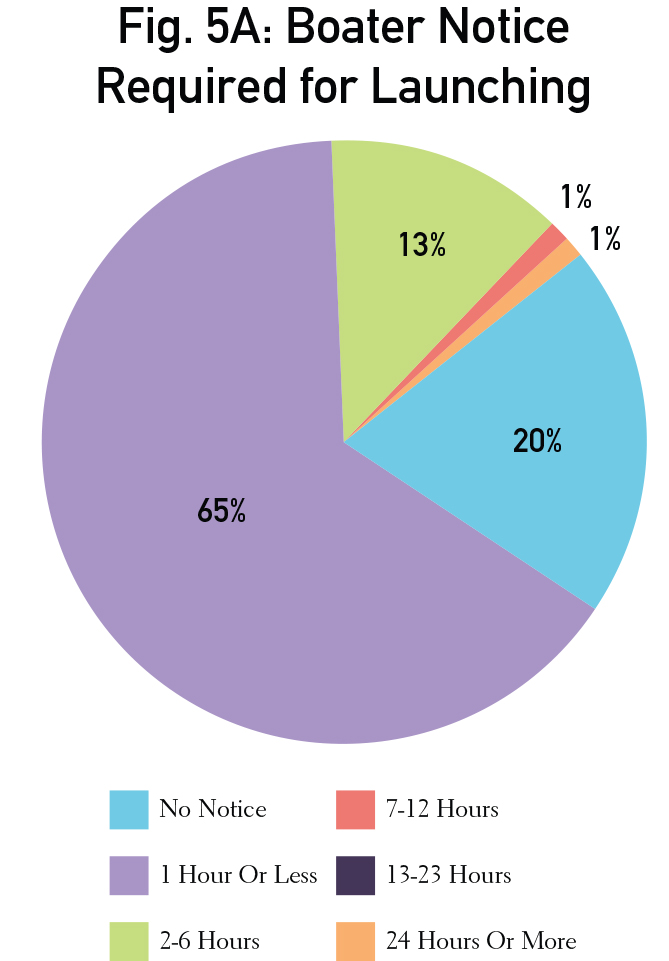 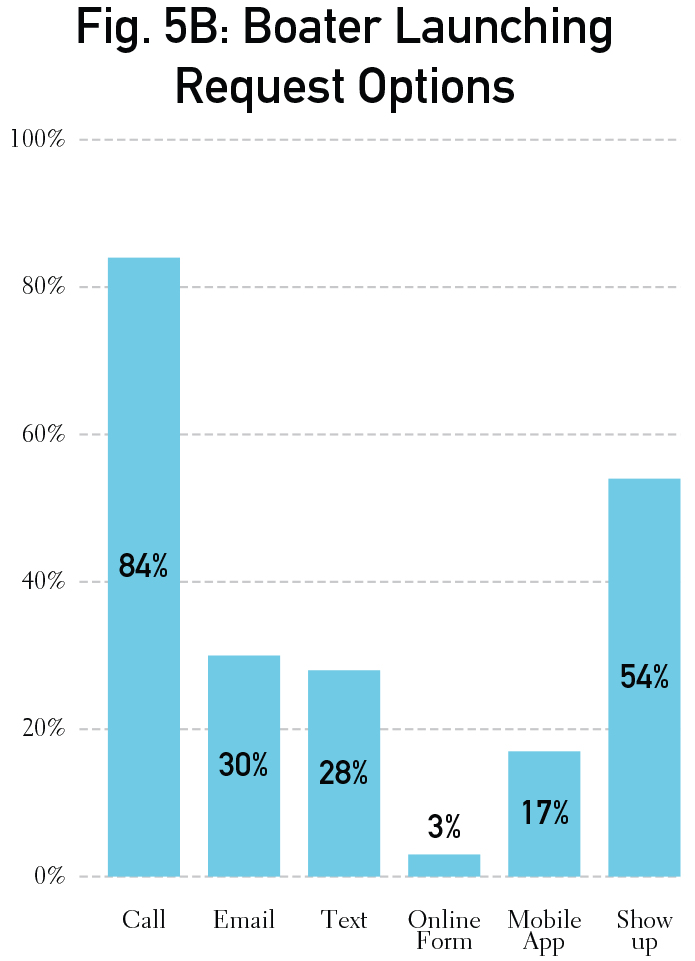 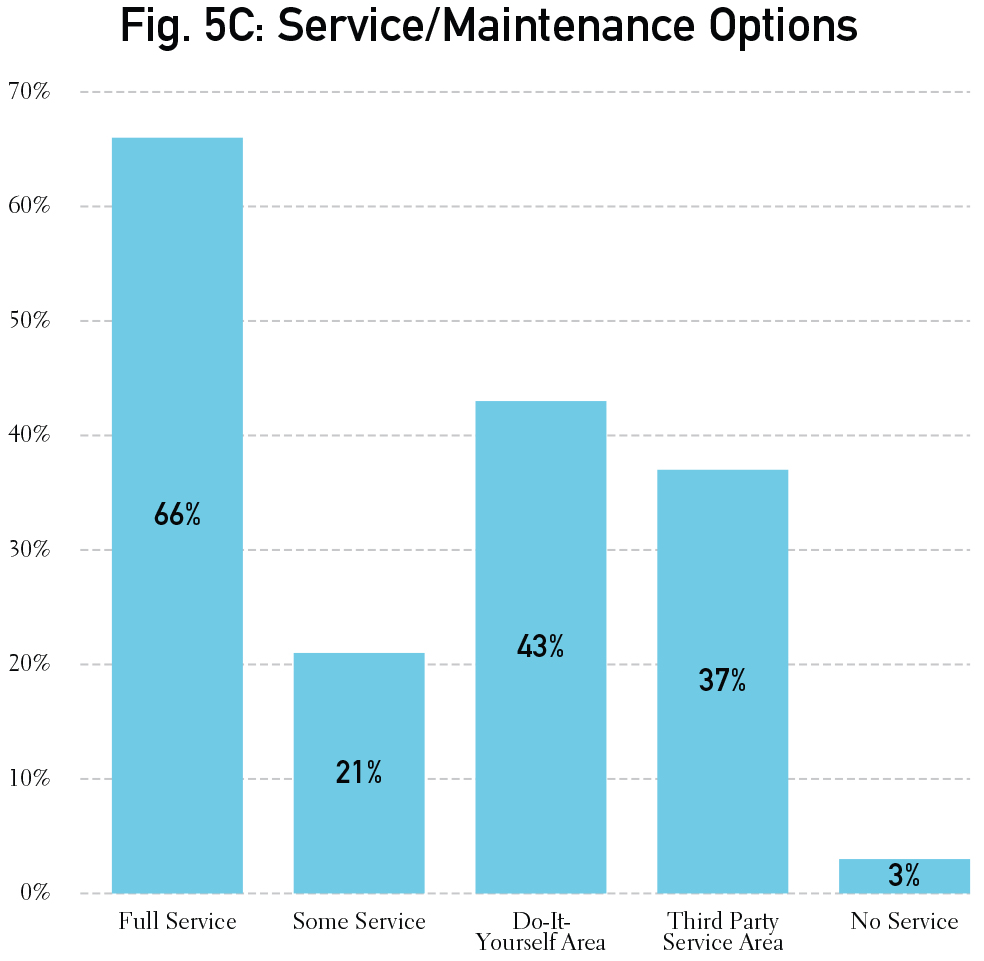 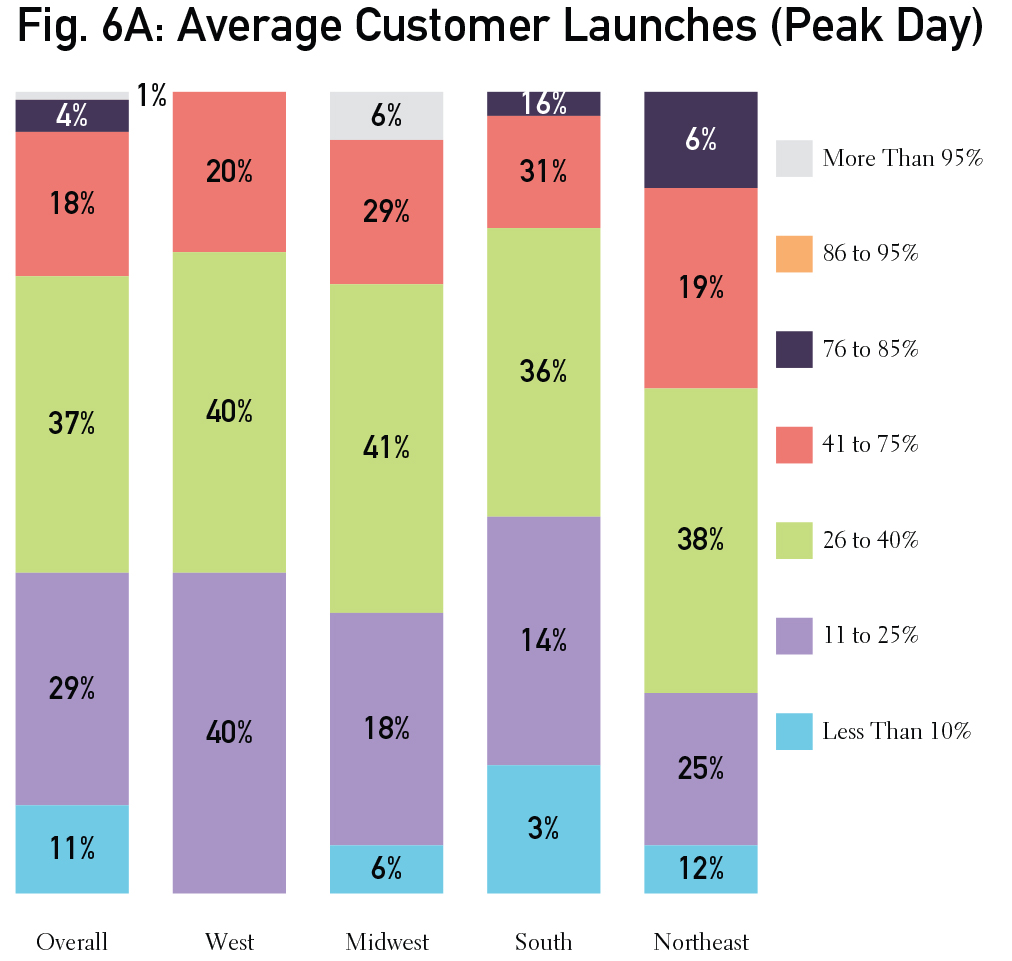 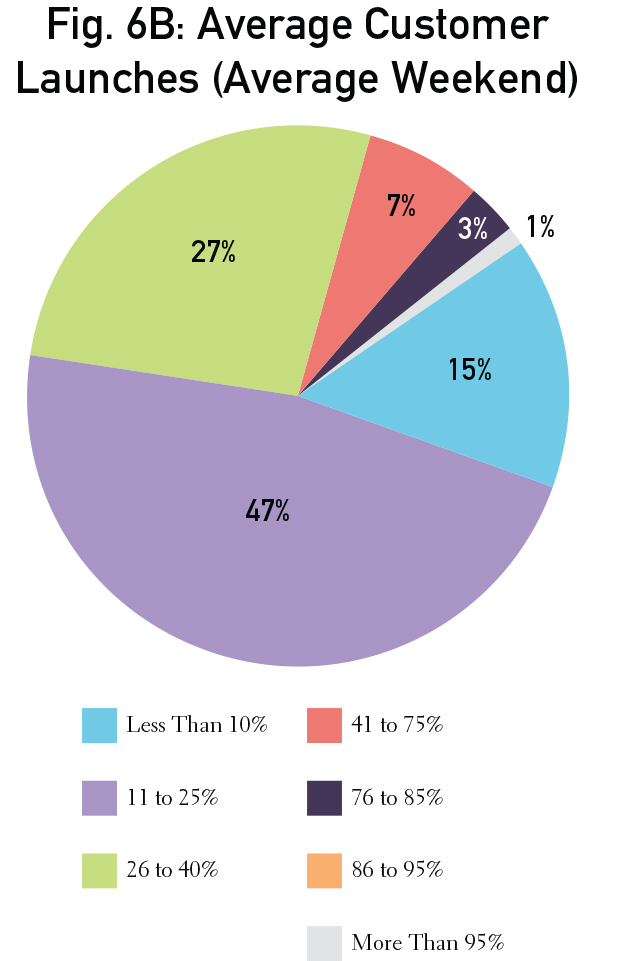 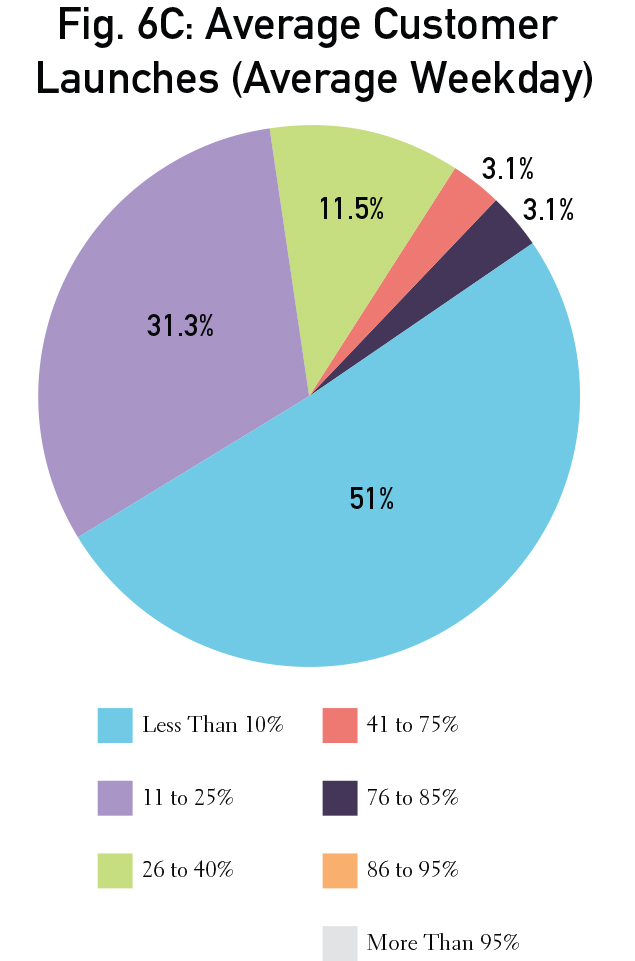 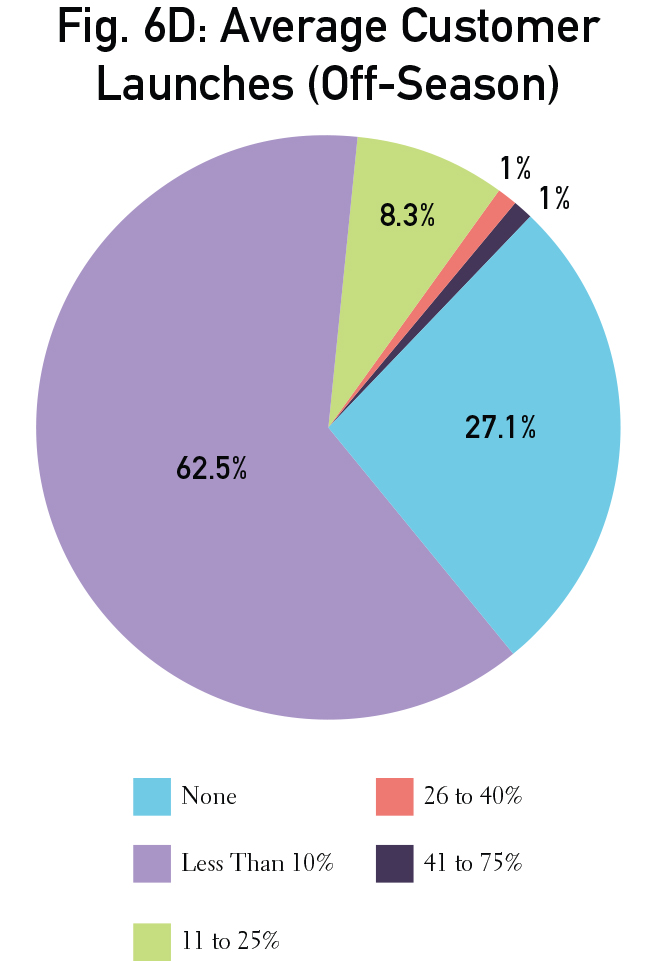 Respondent Profile
The map on this page shows the distribution of respondents across the country, nine smaller regions and four larger ones. The majority of drystack facilities are in the South Atlantic region (53%).

Fig. 1B shows the overall respondents by facility type. The large number of drystacks include both dry and wet slips (45.5%) and dry storage with some wet slips (42.3%). Fig. 1C shows drystacks by type of ownership. The majority are owned by private individual owners (64%) or multiple partners (20%). Fig. 1D identifies facility operators for drystacks. The large majority (86%) are run by owners. Fig. 1E shows drystacks by facility age, which is pretty evenly distributed, young and old. A large number of facilities are more than 40 years old (29%) and 11 to 25 years old (29%).

Infrastructure
Fig. 2A shows what type of dry storage structures facilities operate by regions. The majority in each region have full enclosed drystack buildings (67%). The South and Midwest use some three-sided structures and free standing covered racks, while the West and Northeast only use buildings and free standing open racks.

Fig. 2B identifies how many levels drystack buildings support. The majority (43.3%) are four levels high or three (28.9%). Fig. 2C shows what boat moving equipment drystacks use. The majority (83%) use forklifts with negative lift. Facilities in the Midwest, South and Northeast all have some facilities that use traveling crane systems, but the West does not. The West, South and Northeast use fixed crane systems, but the Midwest does not.

Customer Launches
Fig. 6A indicated the average number of customer launches a facility performs on an average day. Overall, the numbers range from more than 95 percent to less than 10 percent. The majority overall (37%) launch 26 to 40 percent of vessels on a peak day. The Midwest was the only region to launch more than 95 percent of facilities, and the West did not have any facilities launching less than 10 percent of vessels on peak days.